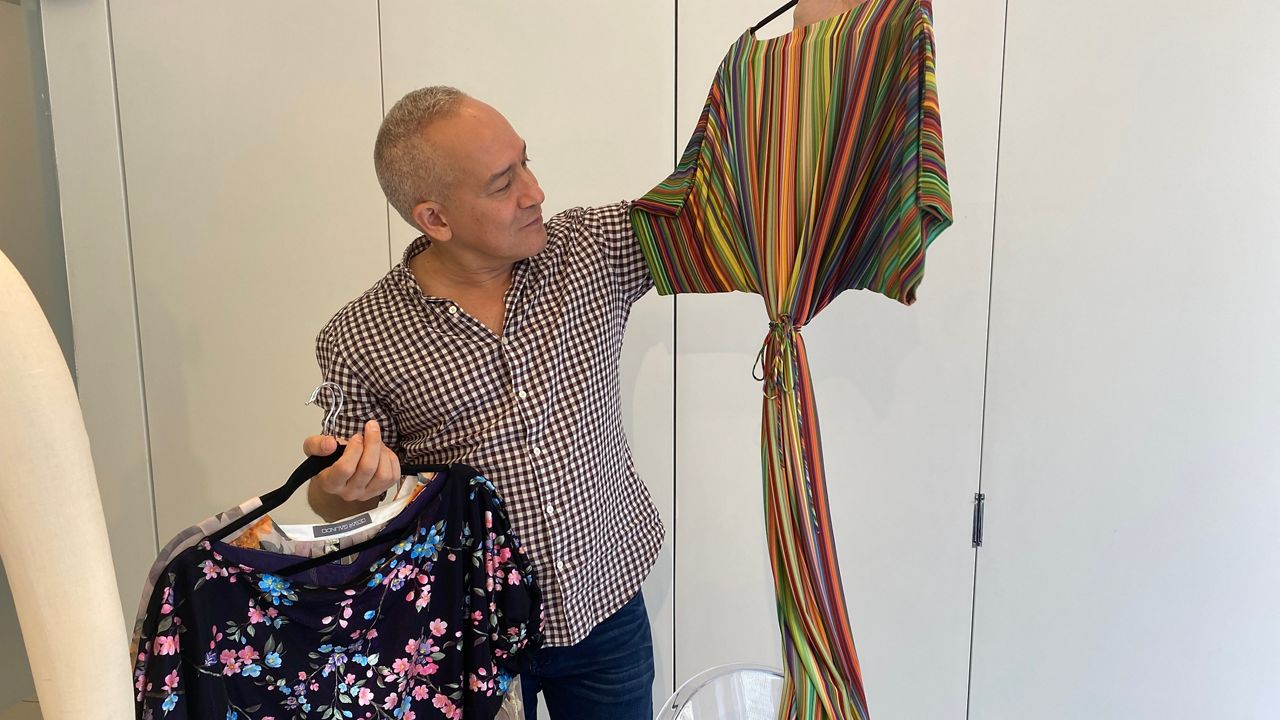 Fashion designer Cesar Galindo shows off one of his designs that is inspired by his Hispanic heritage. NY1/Justine Re.

How Cesar Galindo channels his Hispanic heritage through his fashion designs

NEW YORK — Fashion designer and celebrity stylist Cesar Galindo pins one of his dresses, one of so many he's designed over the past 30 years. He came to New York in the 1980s after getting an opportunity for a show. In all he's done since, he credited the fusion of New York's different Hispanic cultures as an inspiration.

"I utilize fashion for me as an outlet to express who I am as a Latino,” Galindo said.


"My Latin roots were expanded, not just being Mexican American but by being influenced,” Galindo added. "Even my Spanish changed. I would go back home and my parents would be like, ‘What are you saying? Where did that come from?’ because I was having slang from all international Latin cultures, and I think opening myself to that was a bigger part of expanding who I am as a person."

Galindo's designs consist of different patterns and colors. He says it's all influenced from his Mexican roots.

"People identify color, print, texture with my work. So this is a great example of it. It's basically the rainbow. It looks like a serape, it looks like a Mexican serape, the traditional Mexican robes,” Galindo said showing one of his dresses.

He's been noticed by celebrities including Gwen Stefani.

"I turned out 15 looks. They all made the runway, and then Gwen asked me to work a couple of seasons on her collection,” Galindo said.

He hopes to be a role model for people looking to rise in the industry, serving as a mentor. The secret to his success, in his words, is simple:

"Persistence, my passion,” he said. “I love what I do. I can't think of doing anything else."