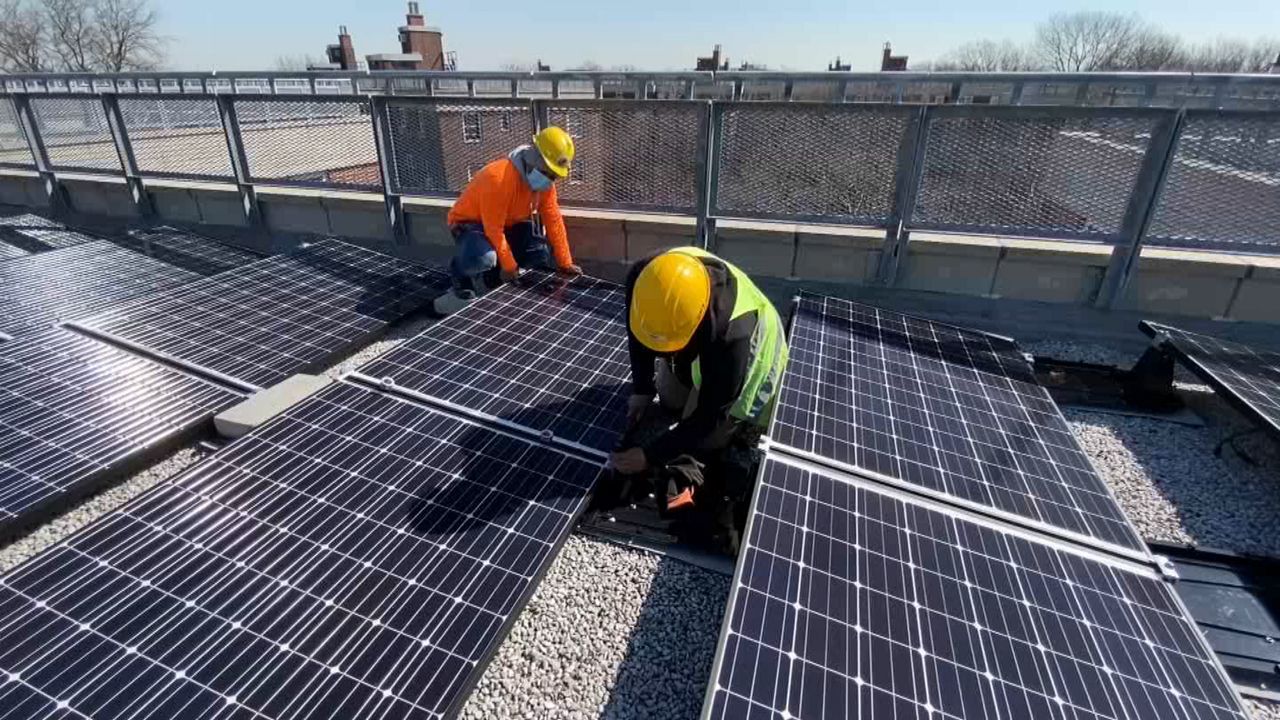 A file image of solar panels. Con Edison says will have all its facilities powered by clean energy in 2030. That plan includes investments in solar energy, electric vehicles and buildings.

NEW YORK — The solar panels on the rooftop of Con Edison's headquarters in Manhattan only power two of its floors.

But the utility company says it wants to lead by example and become a key player in helping New York state reach its climate goals.

"So we are doing this and many things in a number of ways to help our customers and our area transition to this clean energy future," said Tim Cawley, president and CEO of Con Edison.

Now, Con Edison is expanding its commitments, and vows to reach net-zero emissions from all its facilities by 2040 and deliver 100% clean power to its customers by that year.


"This clean energy commitment that we are coming out with now is really expanded and deepened," Cawley said.

In order to achieve those mitigation goals, the utility company is making a multi-billion-dollar investment in key areas.

"The first is renewable generation, and there's lots going in that space," Cawley said. "The second is, we need to electrify transportation — so think electric vehicles and the charging infrastructure that is needed for that — and the third is buildings."

Two years ago, then-Gov. Andrew Cuomo signed climate legislation that included 100% carbon-free electricity by 2040 and a carbon-free economy by 2050.

Julie Tighe, president of the New York League of Conservation Voters, thinks the help of utilities like ConEd is needed to achieve those goals.

"The fact they are saying we are going to do this by 2040 is, I think, a very big commitment," Tighe said. "It's leadership that we need across our utilities and across our major industries."

Con Edison also says it will invest $2 billion in protecting its systems from severe weather.

It's also requesting the state allow it to own renewable plants in New York.