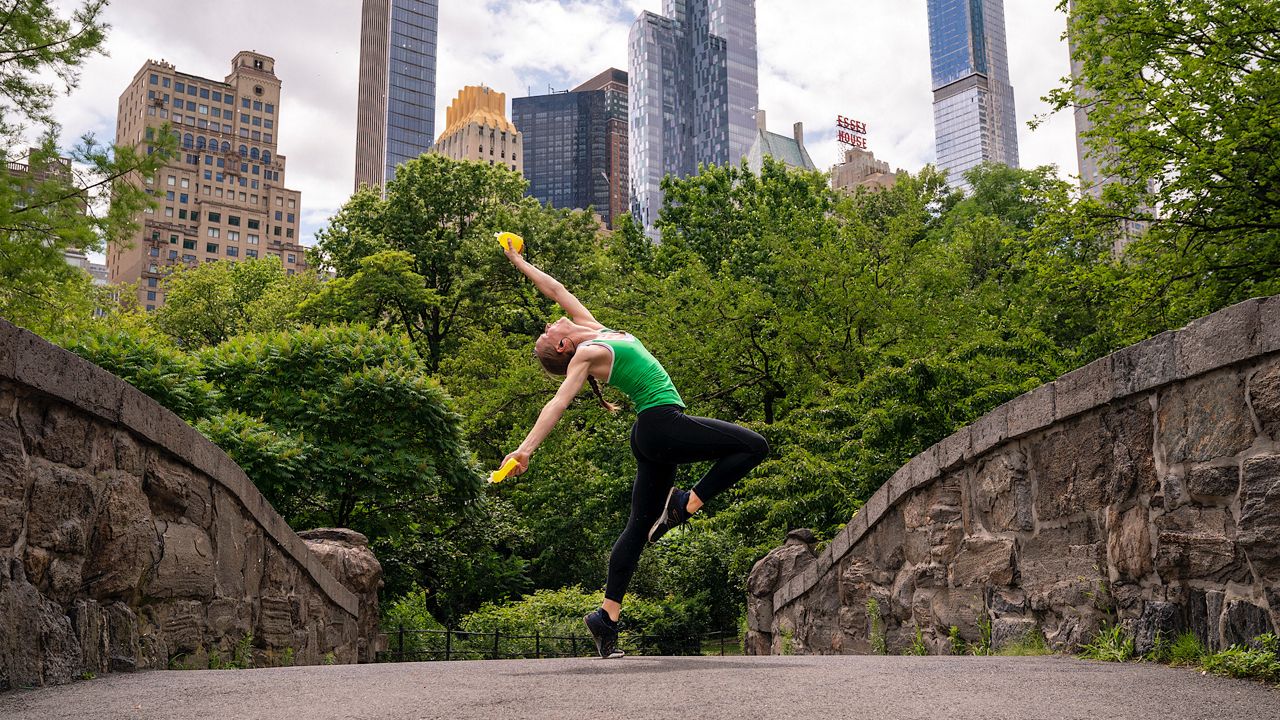 Melanie Jones is taking us on a run, well sort of.

“Almost every human experience I could imagine emerges on a long run or a long race. It’s just kind of just like a container for humanity,” said Jones, a runner and performing artist.

Jones created "Endure," a piece of roving theater, now playing in Central Park. Audience members follow a solo performer as they listen to a monologue of Jones' journey as she trains for and runs her first marathon, overcoming a difficult time in her life.

“The other thing that it was based on was my own personal experiences with depression and suicidal thoughts, and a really painful divorce. So both of those experiences came together, in an exploration of resilience. What does it take for us to endure?” said Jones.

Although Jones originated the role, it is now performed by Mary Cavett and Casey Howes, with music by Christine Owman. Jones worked with Director Suchan Vodoor to get the show on its feet.

Don’t be fooled by the tag line: Run Woman Show, you are more than welcome to walk along the 5 kilometer/3.1 mile route.

“Although I will say, I personally love it when people run. And then on the flip side, just the other day, a very non-runner audience member, you know, tears streaming down her face, came up and said, you don't have to be a runner. Like it resonated with her so profoundly on a human level,” said Jones.

“Endure tells the story of someone going through a really hard and dark time and coming out on the other side, triumphant. And that's what we've all done this year. So to bring, to bring light to this moment and to honor and validate and affirm what everybody has endured and how resilient everybody is, it's super moving to me obviously,” Jones concluded emotionally.

For more information head to runwomanshow.com.