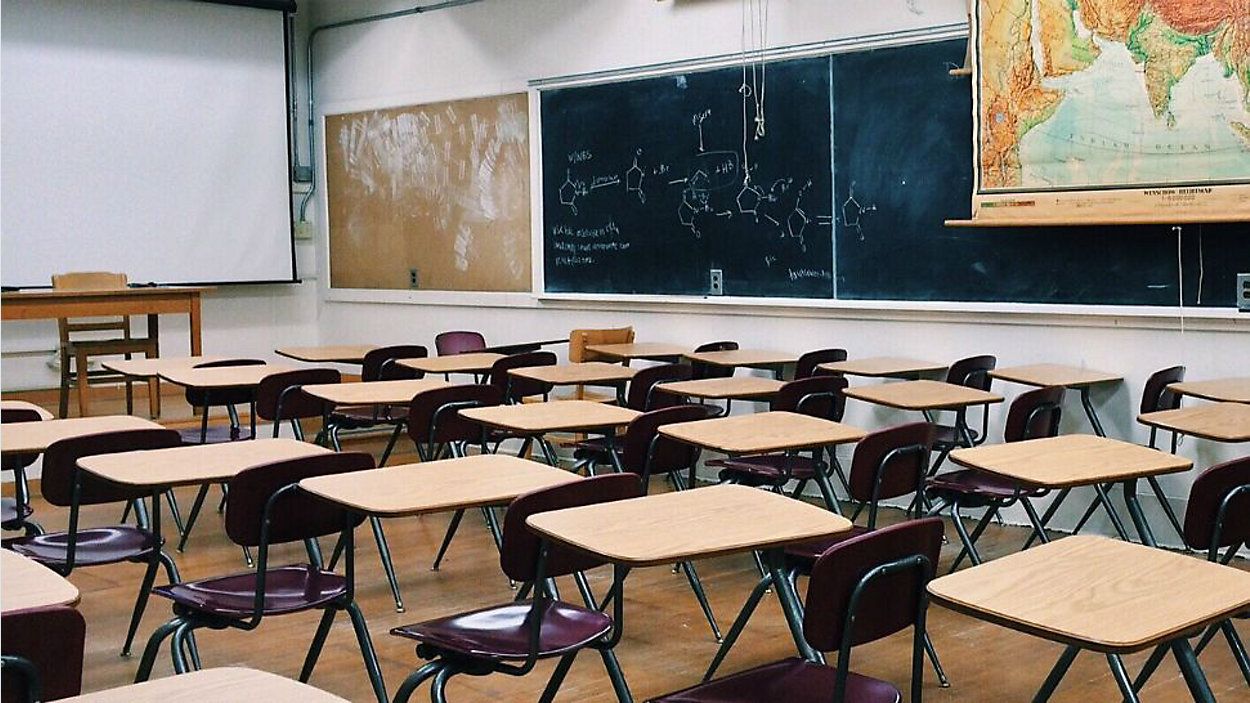 NYC to phase out separate classes for 'gifted and talented' students

The test has typically admitted only about 2,500 kindergartners a year into the “gifted and talented” program — a tiny fraction of the city’s school children. But those who have already been admitted to the separate classes will remain in them until they’ve graduated from them.

“As a lifelong educator, what we all know is that no single test should be determining any child’s future," Schools Chancellor Meisha Porter said on Friday during an appearance with de Blasio on WNYC. “There are so many more students who are gifted, who are talented, who are brilliant, who have special gifts, and I think this is the moment about creating opportunities for all students to demonstrate their powerful learning abilities and for teachers to really tap into those gifts.”

The announcement will be deeply unpopular with parents who view the program as a reason to remain in public schools, but applauded by others who believe the program worsens classroom segregation. It comes with just three months left in the mayor’s final term in office.

Instead of using separate classes, the city says it will instead offer “accelerated instruction” to all students. That will begin in fall of 2022, with a new model for all elementary schools that the city says will serve 26 times more students than the current program — reaching 65,000 instead of 2,500.

“This is a really exciting day, and the chancellor and I are so happy that we’re going to be ending something that I think was a mistake all along — a single test for 4-year-olds that determines so much of their future,” de Blasio said on WNYC. “We’re going to reach tens of thousands more kids with accelerated learning. This is a really important day for New York City.”

At third grade, students will be universally screened by subject area to see if they would benefit from tailored accelerated instruction — but they’ll remain in classes with children of all abilities.

The accelerated instruction will include “learning with projects based on real-world problems students need to solve using advanced skills,” the education department says.

The overhaul will be rolled out to all 800 schools with elementary students, and this year the city will train all 4,000 kindergarten teachers in accelerated instruction, which the department says will reach children in areas with historically little access to “gifted and talented” programing.

The city will also launch seven borough-wide teams of accelerate instruction experts, and hold engagement sessions with parents in October and November — though parents who wanted to have input on the plan will likely be frustrated that it’s been announced before those sessions.

The city aims to roll out the plan fully in December, the mayor’s final month in office. That will leave it to the next mayor to implement. Democratic nominee Eric Adams, de Blasio’s likely successor, has been skeptical about ending “gifted and talented” programs. It’s unclear how quickly he could pivot to instead implement a program of his own.

“Eric will assess the plan and reserves his right to implement policies based on the needs of students and parents, should he become mayor," Adams spokesperson Evan Thies said in a statement. "Clearly the Department of Education must improve outcomes for children from lower-income areas.”

The announcement was made on a Friday, the one day of the week de Blasio typically does not hold a press conference. That means that beyond his weekly radio appearance on WNYC, he likely will not face questions on the plan from the broader press corps until next week.

"The first chancellor that ever gave me a plan to fix ‘gifted and talented’ was Meisha Ross Porter, and we're moving on it immediately,” de Blasio said Friday.

But the plan is strikingly similar to a proposal put forth in 2019 by a task force the mayor himself created: the Schools Diversity Advisory Group.

"I was slightly surprised because we've had silence on this for some time from Mayor de Blasio,” Nyah Berg said.

Berg leads New York Appleseed, an organization that advocates for integrated schools and was part of the task force. While most of the city's kindergartners are Hipsanic or Black, the majority of kindergartners admitted to “gifted and talented” classes are Asian and white.

"We just should not be separating students,” Berg said. “Separate is never going to be equal, and a program that does that is already broken."

Even some supporters of “gifted and talented” acknowledge problems with the admission process, but they argue the city should create more of the classes, not do away with them.

"Instead, he has eviscerated a program that has successfully served a ton of students,” parent Deborah Alexander said.

Parents who support the program say they hope the next mayor will be more willing to hear their input.