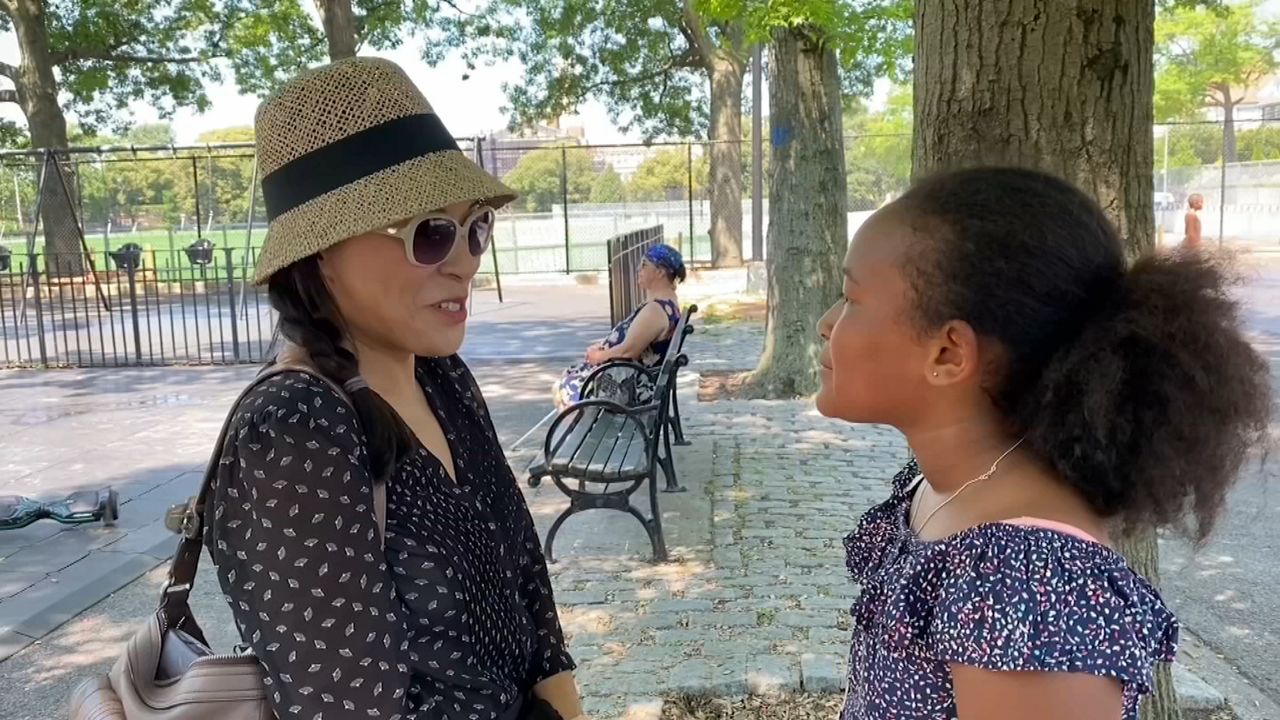 For some families, Summer Rising has been hard to access

Leila Lay was looking forward to a summer break spent with her friends in the city’s Summer Rising program, a combination of camp and summer school that Mayor Bill de Blasio has touted as a path back from the pandemic.

But just days before the program starts, she still doesn’t have a seat.

“I feel like it's a bit of, it's going to be a bit of a boring summer -- but still fun. A bit bored because I wasn't able to go to summer camp,” Leila said.

De Blasio has touted the program as open to all students, with seats still available.

“You still have some time to sign up. If you're a parent out there and you don't have a good option for your kid, you want something that's going to really be positive, engaging for them this summer, turn to Summer Rising. Sign up now,” he said on Monday.

Hearing that was frustrating for Leila’s mom, Linda Ho, who signed her daughter up on April 30 and still doesn’t have a Summer Rising placement.

“It actually made me pretty angry because you know, I mean she didn't get a seat -- that, that is upsetting. But the part that upset me the most is just not knowing. If I had known this, let's say in May, I would have made a different plan,” Ho said.

Shortly after she signed up, Ho got a confirmation e-mail and assumed things were moving forward. But then two months went by without any information, even as she heard from friends who were being waitlisted. Finally, she was told the same.

“I had to pretty much hunt them down and call them all the time to figure that out,” she said.

Then, she got even worse news: Leila hadn’t made the cut at the Bay Ridge program she’d applied to. And she wasn’t alone.

“Then the next day the parent coordinator calls me saying, yes, there’s 38 kids from our school that I had to call about not having a seat, and I hate to make that call,” she said.

Now she’s scrambling to try to find a seat anywhere near her home, or even along the train route she takes to her office. Other camps are now booked up, leaving her with few childcare options.

“I try to work from home and then maybe I have to ask my friend for help, or maybe I’ll take her to work. So I actually don't have a firm plan yet. I'm hoping this will work out,” she said.

Ho reached out to her local City Council member -- whose office told her they had been flooded with similar complaints. Another parent in Queens told NY1 their children had been offered seats in two different schools -- both in the Bronx, nowhere near their home.

After being contacted by NY1, the Education Department says it’s working to find Leila a seat.

“Every interested child will have a place within our Summer Rising program, and this parent will be matched to their desired site shortly. We’re working closely with families to make sure they are placed at sites that are convenient for them and meet their unique needs, and we look forward to welcoming students to programs across the city next week,” spokeswoman Sarah Casasnovas said.

The program starts on July 6.