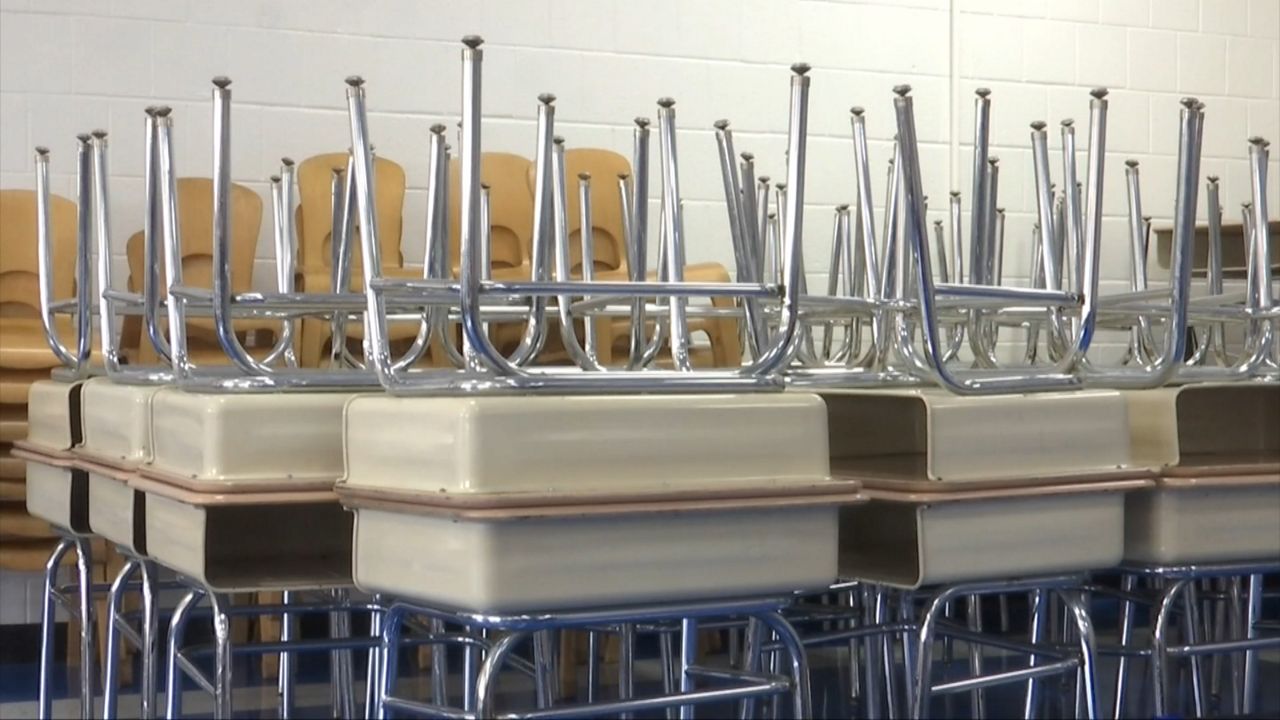 For Second Straight Year, Students Will Be Exempt From Regents Requirements

This June, New York high school students will have to take certain Regents exams - but the state education department says they won’t have to pass them in order to graduate, a now-suspended requirement that had long set the state apart.

“There's no federal law that requires that state accountability tests be tied to graduation,” said Ashley Grant, director of the Postsecondary Readiness Project at ‎Advocates for Children of New York. “And New York state's a real outlier right now on this, so we're one of only 11 states that uses a high-stakes test as a graduation requirement or as an exit exam.”

Last year, New York and other states around the country received a waiver from the federal government, allowing them to cancel all standardized exams - not just the Regents, but also English and math tests given to students in grades three through eight.

But this year, while the state has applied for one, a waiver has not been granted, and the Biden administration has said states must give the exams, though they are not required to use the scores to grade children.

This year, the state will require students to take only the four Regents that are required by federal standardized testing laws: exams in English, Algebra I, earth science and living environment.

All other Regents exams will be canceled, and the tests will be uncoupled from graduation requirements. For the second year in a row, students will be exempted from the usual requirement of passing five Regents exams in order to graduate, as long as they pass the corresponding classes.

While these changes are due to the pandemic, they come at a time when the state Department of Education had been considering additional avenues to graduation.

Ashley Grant is part of a coalition asking for just that.

“We're really calling for more meaningful and equitable pathways to graduation for all students, including ones that don't tie Regents exams to graduation,” Grant, who coordinates the Coalition for Multiple Pathways to a Diploma, said.

The state began a review of those requirements last year with regional meetings across New York, but it was put on hold due to the pandemic, and will resume this summer.

Meanwhile, some high school students have found themselves part of an experiment into what happens if you don’t require passing the exams to graduate.

“As is often the case when this kind of forced experiment arises, we can really only interpret what it means in hindsight,” said Aaron Pallas, professor of education and sociology at Columbia University Teachers College.

That will require looking back, years from now, to determine whether students being exempted from the Regents requirement fared as well as students who did have to pass the exams to graduate. But that will be complicated by the impact the pandemic will have on those same students as they seek out college or careers.

“We have a lot of moving parts here, and it can make it hard to figure out what the actual impact of this one piece of the puzzle is,” Pallas said.

Not everyone thinks the state should be backing away from the tests this year.

“The Regents in New York are sort of the gold standard when it comes to assessment nationwide,” said Dia Bryant, interim executive director of Education Trust New York.

"If we're not actually taking the steps to know for sure, then, where are we placing our kids? You know, we are literally graduating them into uncertainty,” she said.