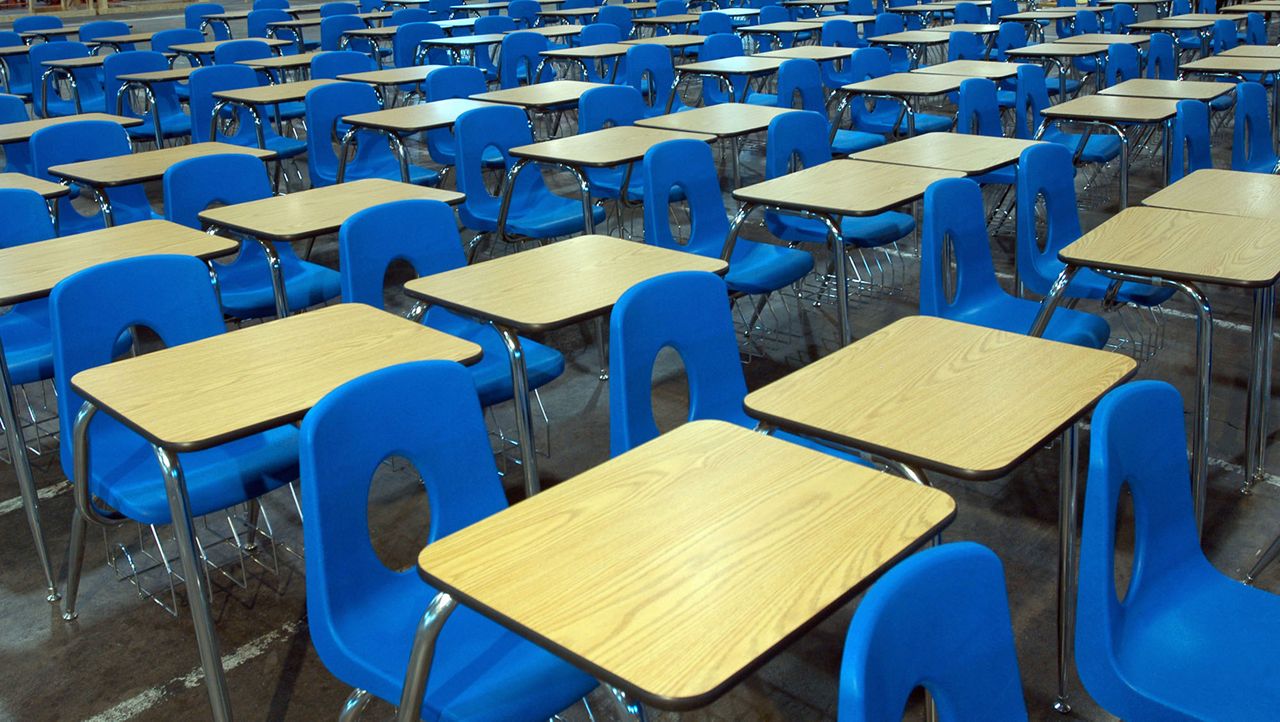 As Mayor Promises Nurses for Each School, Principals Say They Have Many Other Unanswered Questions

Seeking to assure parents, teachers and principals that schools will be safe to open this fall, Mayor de Blasio announced the city will hire 400 nurses. He says this will ensure all 1,800 city schools will have a nurse in the new academic year.

"It's something that educators care about. They've been asking about. Parents have been asking you about it. I want to confirm it and announce that every single New York City public school building will have a certified nurse," the mayor said.

The nurses will be hired as contract employees by the city's public hospital system. Of them, 359 will immediately be deployed to buildings that don't have full-time nurses now.

This, as the mayor faces increasing pressure from school principals to delay the start of the school year. More than 40 principals in Brooklyn's Community School District 13 signed a letter proposing that all classes begin remotely, with a phase-in of in-classroom instruction in October.

"There are a lot of unknowns that prompt us to lean in a more cautious direction," said Amy Rodriguez, principal of P.S. 282 in Park Slope.

A nurse in each building was just one condition the District 13 principals wrote needed to be met before schools could safely open.

Emily Paige is principal of the Urban Assembly Unison School in the district, and says her building has not yet been assigned a full-time nurse. Asked about the mayor’s promise to hire one for each building, she said parents and school communities needed transparency about the details of his promises.

But it’s not just nursing. Paige says she and her colleagues still don't know how much protective gear they'll be provided, what fixes will be made to ventilation systems, or even how many teachers and students they will have in the building, and their re-opening plans are due to the Education Department Friday.

Citywide, about 15% of teachers have sought medical exemptions to work from home. But at some schools in District 13, about 45% of teachers have asked to work remotely. They haven’t been told if they’ll be allocated new teachers to take their place for in-person learning. If not, they won’t be able to serve children as often in person as they might have with a full staff.

"It would be unfair to the children in our school to offer them less in-person school days for individual schools that have more teacher applying for a medical accommodation," Paige said.

Principals also do not yet have a clear sense of how many children will attend. While a survey asking parents if they’d like remote or blended instruction was due last week, Rodriguez said only 25% of her students’ families filled it out. Students who did not are assumed to be attending for blended learning, but they can choose to opt into remote at any time.

Schools also have yet to receive their personal protective equipment, or PPE -- the masks and other items that will be required for students and staff.

"None of us really know how much PPE to even expect," Paige said.

The push from District 13 comes a day after a similar request for a delay from the principals in nearby District 15, where de Blasio's own children attended school. The union representing principals, the Council of School Supervisors and Administrators, has also called for the start of the year to be pushed back.

Asked about the concerns of principals, the mayor pointed to his hiring of nurses to show he's responding to their concerns.

"I would say when you're a month away from school opening, it's understandable there's going to be questions to still be resolved," he said.

But these principals say that while they support re-opening schools, with less than a month to go and so many questions still unresolved, there's just not enough time to put proper safety and educational systems in place before September 10.

"Once we have all of the PPE and we have guarantee of the HVAC and school nurses and once all of those things are in place, then we are happy to welcome everyone back into school. But it’s our responsibility as educators to call out any inconsistencies or anything that puts our children or our communities as risk," Rodriguez said.