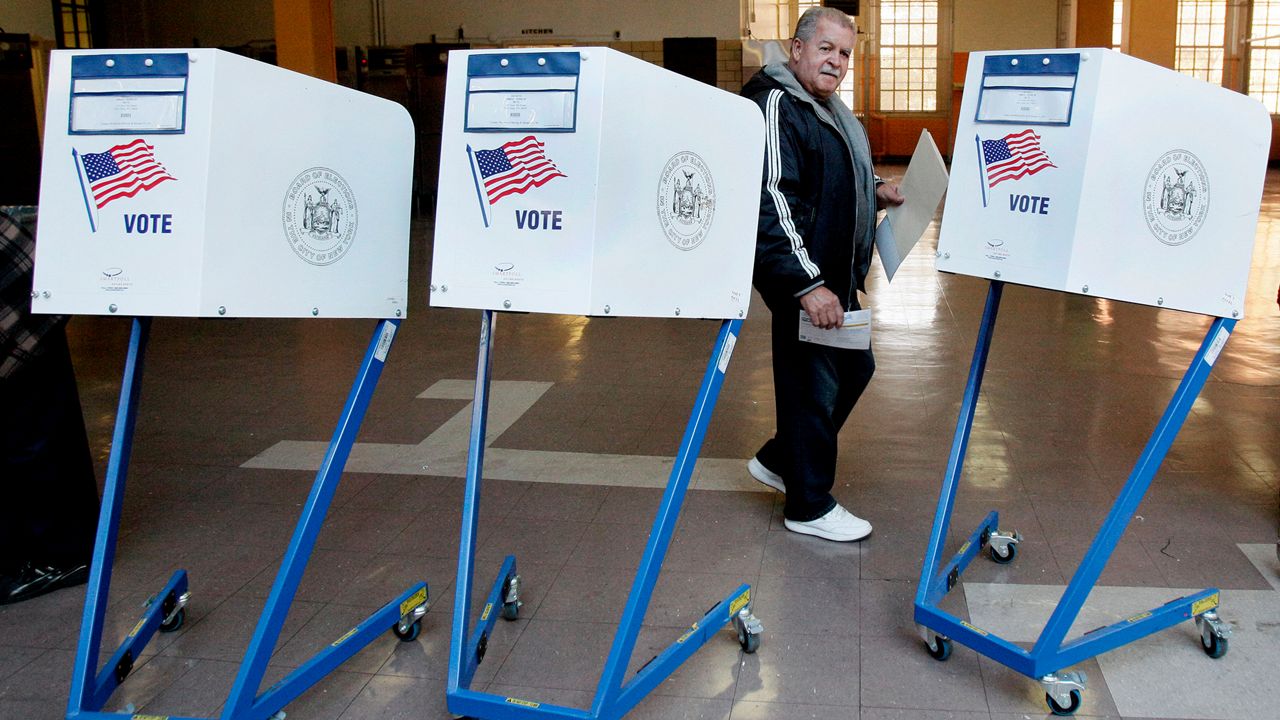 A file photo of a polling site on the Upper East Side from the November 2020 election. (AP Photo/Richard Drew, File)

It's a fairly new concept for most residents of the five boroughs. New York City will use ranked-choice voting for primary and special elections for mayor, public advocate, comptroller, borough president and City Council elections, including the upcoming June primary election.

I hit the streets of the Upper West Side to gauge the awareness of New Yorkers about the concept.

"Have you heard about the ranked-choice voting?” I asked Felicia Febles.

“Not yet,” she told me, although after about a minute, she realized she had heard about it on television.

I asked cabbie Edmund Bimpoh if he could explain it to a voter who was not privy to the information.

“You just look for the person that you want to vote for and then you select one, two, three to the last person being the highest number. That's the way I would do it,” Bimpoh said.

"I would just say that the one you want most you fill in that and then you just do it in order of what you prefer”, said Alex Kell, who was taking a walk in Riverside Park.

For the most part, many of the folks I ran into had at least heard about ranked choice and had a grasp of how it works.

“Well instead of voting for one person, you have a chance to select your five favorite, I believe it's five you can vote for, and put them in a ranked order,” said New Yorker Jane Mushabac.

To get his take, I talked with Bob Hardt, the New York political director for Spectrum News, who says Spectrum News NY1 has polled on the awareness factor. He said Spectrum News NY1's polling found that New Yorkers were generally familiar with the idea, but he said being familiar, and filling out the ballot correctly, are two different things.

"I think there will be a lot of New Yorkers who are familiar that they have something new to do, because they are educated voters, but I think there are still going to be mistakes with people filling out that ballot, just because it's the first time”, Hardt said.

Hardt warned that the tabulation process after primary day will take some time, probably two to three weeks.

I ran into Blondie Wright, who hadn't heard too much about ranked-choice, but didn't think it was a huge deal to comprehend.

Here’s a final piece of advice from Bob Hardt. He said that if there is a candidate a voter really does not like, they should make sure their name is not on the ballot at all, because putting them in your top five could help out that candidate in the end.

It will all feel more real when early voting begins on June 12. Primary day is June 22.