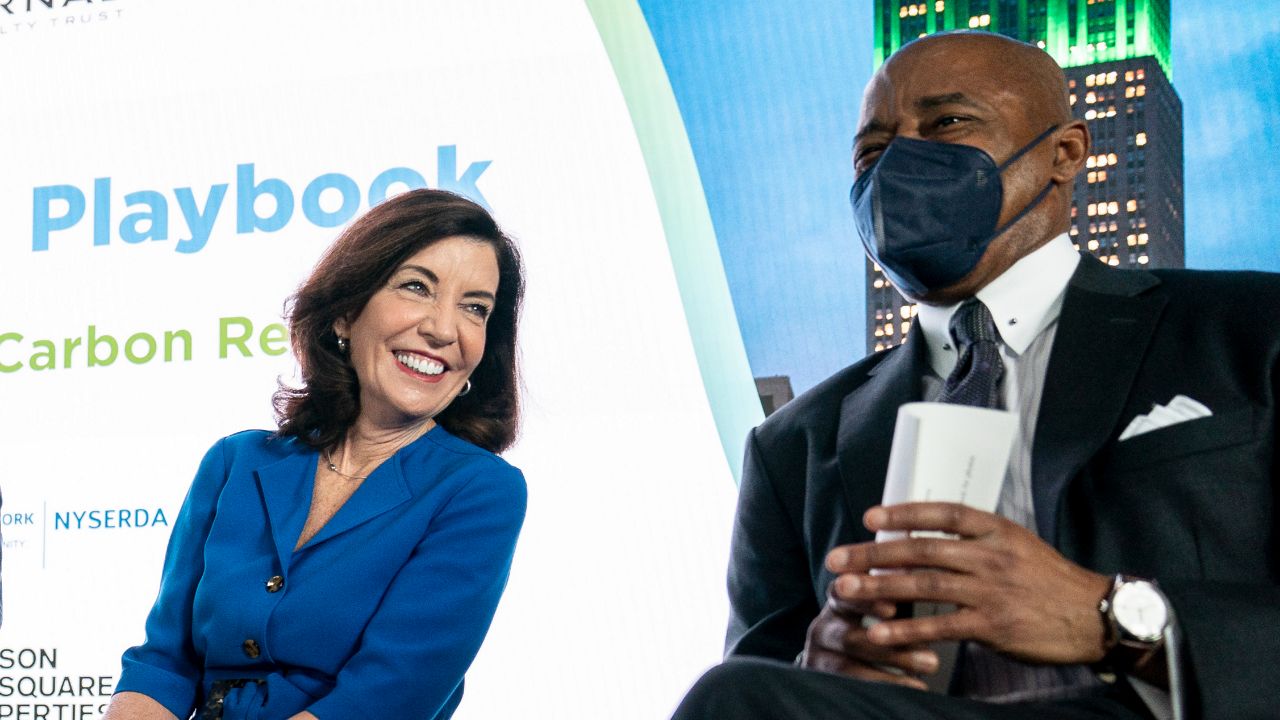 Mayor Eric Adams and Gov. Kathy Hochul, both of whom tested positive for COVID-19 in the last month, have been hesitant to restore restrictions as cases rise. (AP Photo/John Minchillo)

But even as top elected officials and ordinary New Yorkers alike find themselves in the midst of a upswing in cases, there is little sign the city or state are planning to re-impose mandates or take any other meaningful action to combat the rising tide.

To the contrary, the mayor and schools chancellor on Monday announced they were lifting the vaccination requirement for high school proms. And Tuesday — as top city officials marked the launch of the city’s Pandemic Response Institute, a partnership with Columbia and the CUNY Graduate School of Public Health and Health Policy — the speeches centered on the city’s recovery and preparing for future health threats, not current ones.

“We are unified as a city government behind the mayor’s priority and commitment to supporting the just and equitable recovery,” health commissioner Ashwin Vasan said in his remarks.

But the number of new infections is still a tiny fraction of the 36,000 cases reported at the height of the Omicron wave in January.

Asked last week about the possibility of reinstating a mask mandate in schools, Adams did not rule it out, but he did not hint at any impending action on restrictions.

“The reason we are able to manage this: hospitalizations [and] deaths,” he told reporters Friday.

Adams pointed to the city’s high vaccination rate, increased at-home testing and the fact that New Yorkers are self-isolating after testing positive.

“The numbers are at the place that we’re managing it, because of what we have done previously,” he said. “And so I think we need to really commend New Yorkers for doing the right thing.”