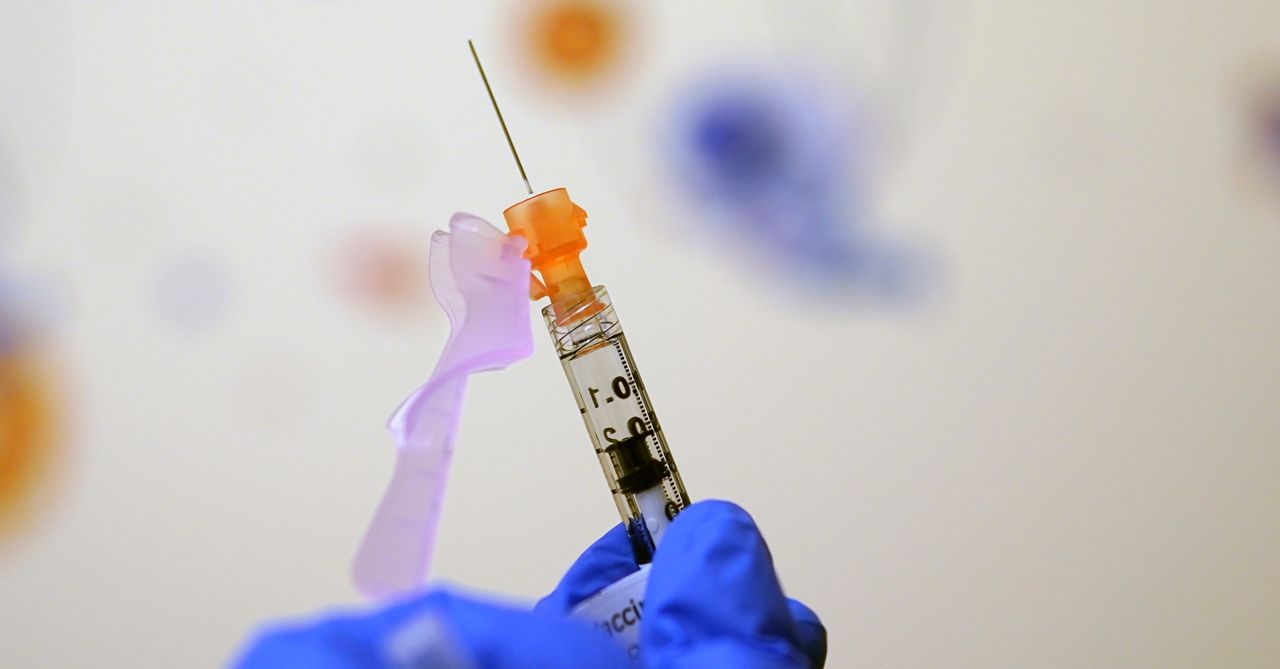 NEW YORK — The city is pushing New Yorkers to get their COVID-19 booster shots.

While state guidance on boosters suggests those 65 and older and/or with underlying conditions should get a third dose, Mayor Bill de Blasio and city Health Commissioner Dave Chokshi said Monday that they want to allow anyone who qualifies for a booster to get one.

“I think the more people get booster shots, the better, and we should take the broadest interpretation, the most inclusive interpretation, of who qualifies to ensure that people who want it get it and are not turned away,” the mayor said in a briefing.

Chokshi said he will issue an advisory that health care providers should not turn away anyone 18 or older who is seeking a booster dose, so long as it has been six months since they received a Pfizer or Moderna dose, or at least two months since they received a Johnson & Johnson dose. Chokshi’s advisory allows patients to determine their own risk of exposure as opposed to giving the health care provider the ultimate say-so.

The city’s health commissioner added that he was calling on health care providers to proactively reach out to patients 65 or older, patients who have underlying medical conditions, or patients who received a Johnson & Johnson dose.

“The bottom line is that, as the mayor said, we don’t want anyone turned away from a booster dose, and we want to prioritize those whom we know will most benefit from it,” Chokshi said.

Meanwhile, Gov. Kathy Hochul says anyone who believes they are at risk should get a booster shot.

About 630,000 New Yorkers had received a booster shot as of Monday morning.

The mayor predicts that now that more residents qualify, and with vaccine mandates in place for city employees, those numbers will increase.

Booster doses are available at city-run vaccination sites. A professional can also be sent directly to one’s home to administer one.

Dr. Edward Telzak is the chair of the Department of Medicine at St. Barnabas Hospital in the Bronx. The borough had the highest rates of hospitalizations and deaths during the height of the pandemic. Infection rates in the Bronx have drastically improved this year, despite its low vaccination rate compared to other parts of the city.

Still, he says, more people getting the first round of vaccines and the booster shots would be even better.

“Large numbers of groups being indoors, being close are going to gather, so giving this extra layer of protection is a reasonable thing to do.” Telzak said. “The reason why I would consider this to be an appropriate intervention is because the vaccine has proven to be so safe. So the downside is really very low and the upside potentially can be very advantageous.”