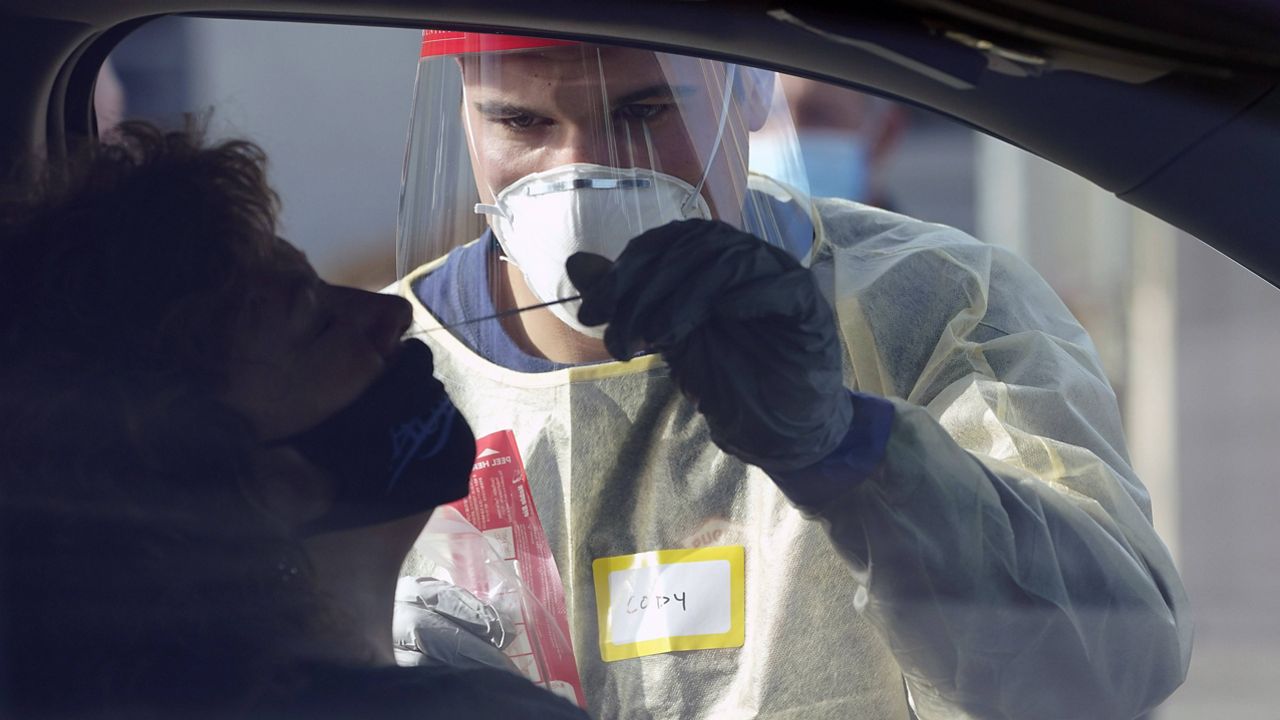 NEW YORK - Tables are set up outside the Maizal restaurant on Staten Island's north shore - but not enough people have been dining here.

The cozy eatery is struggling in the pandemic and has cut its staff in half.


Filling their tables really comes down to the weather.

Owner Alejandra Morales worries business will suffer even more as winter draws near.

"It's a challenge for all of us to try and figure it out," she told us.

So Morales is concerned to hear her Mexican restaurant is in one of two areas on Staten Island Mayor Bill de Blasio flagged on Thursday for a spike in COVID-19.

Earlier today, the Mayor highlighted 2 #StatenIsland zip codes with 7 day averages of >3%. Turns out, there are more than that. City says 10305 and 10314 "have demonstrated a more sustained positivity above 3%," and "the pace of the spread" is concerning @NY1 pic.twitter.com/3532KoR7Wi

“We have a challenge,” de Blasio said. "We’re identifying it. We’re acting on it.”

Per @NYCMayorsOffice, Staten Island testing average for 7 days is now more than 3% in 10305 and 10314 - so the city is now preparing to flood those areas with testing outreach, PPE, rapid testing sites and contact tracers. No shut downs yet. @NY1

The mayor said no shutdowns are planned yet. The governor's office, which also can impose restrictions, did not respond to requests for comment.

The city will open 11 testing sites -- one for rapid testing -- and deploy canvassers urging people to be tested. The city also will dispatch contract tracers and distribute personal protective equipment.

Tougher measures -- like shutdowns -- would be awful for a local barber shop. The owner says business is not great.

"We gotta make a living somehow," Bajram Krasniky told us.

Many on Staten Island criticized the state for not ending some restrictions, like the indoor dining ban, more quickly as the virus retreated over the summer.

And some who attended political rallies here refused to wear masks.

But the mayor said ideology and rallies have nothing to do with the virus spreading. He said people are weary of restrictions.

"Let's be clear; we know it's been a very long road, eight months, going on nine, and we constantly have to remind people how important it is to do the basics," he explained. "To get tested. To wear a mask, to practice social distancing."

In the coming days, the city will be setting up a rapid testing site here at the St. George ferry terminal.

And the city has partnered with Empire Outlets to hand out PPE to shoppers and ferry riders.