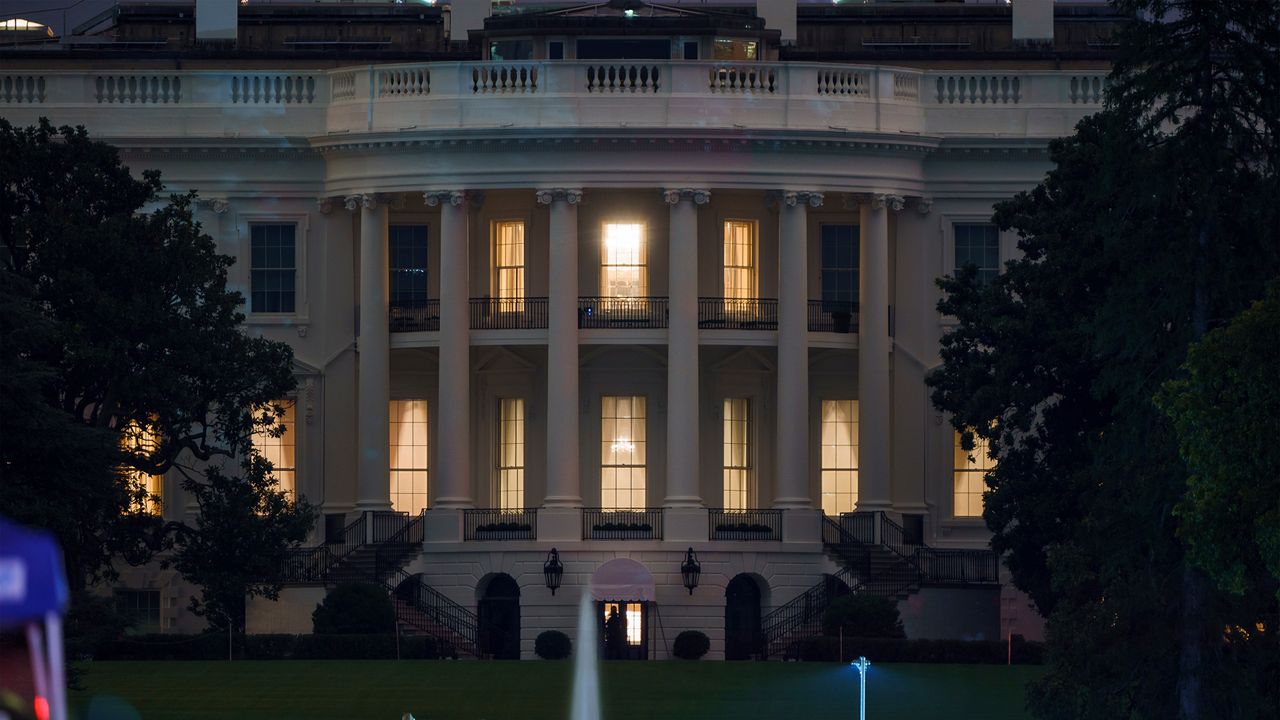 The White House is seen in Washington, early Friday, Oct. 2, 2020, after President Donald Trump announced that he and first lady Melania Trump have tested positive for the coronavirus. (AP Photo/J. Scott Applewhite)

Trump's Treatment in Hospital Raises Questions About the 25th Amendment

President Trump seeking treatment for COVID-19 at Walter Reed Hospital is raising questions about the 25th Amendment, a rarely invoked part of the Constitution that details how the powers of the presidency are transferred when the executive is unable to exercise them.

"There is available to any president a vehicle to transfer powers and duties to the vice president for a limited period of time while the president recovers," said John Feerick, a law professor and former dean at Fordham Law School.

Feerick worked with Indiana Senator Birch bayh in drafting the 25th Amendment, which passed Congress in 1965 and was ratified in 1967.

It also allows the vice president and a majority of the cabinet to make that call, with an opportunity for the president to insist to congressional leaders he can perform his duties. Congress would have the final say, with a two-thirds vote required to put the vice president in charge.

"There was certainly concern, particularly after the Kennedy assassination, again, keeping in mind the context of being in sort of an atomic age and the Cold War," said Joel Goldsten, professor of law emeritus at St. Louis University.

President Reagan never formally invoked it, neither after he was shot in an assassination attempt, nor when he empowered Vice President Bush during an operation to he remove a polyp from his colon.

The ability to transfer presidential powers has only been invoked twice, when President George W Bush underwent general anesthesia for colonoscopies.

"The Reagan epsiode in 1985 and the two Cheney - transfers to vice president Cheney under George W. Bush really set the precedent and the expectation that where a president undergoes a proceudre under general anesethia, that he or she would transfer power to the vice president when there is general anesthesia," Goldstein said.

Though there are few details about President Trump's condition and treatment, Feerick, who helped usher in the 25th Amendment, had these words.

"I think we can sleep tonight, say a prayer for the president's improved health and that of his wife and all of those who are now suffering with COVID all over the United States, and I think we have a lot of security because of the 25th Amendment and the constitution," he said.