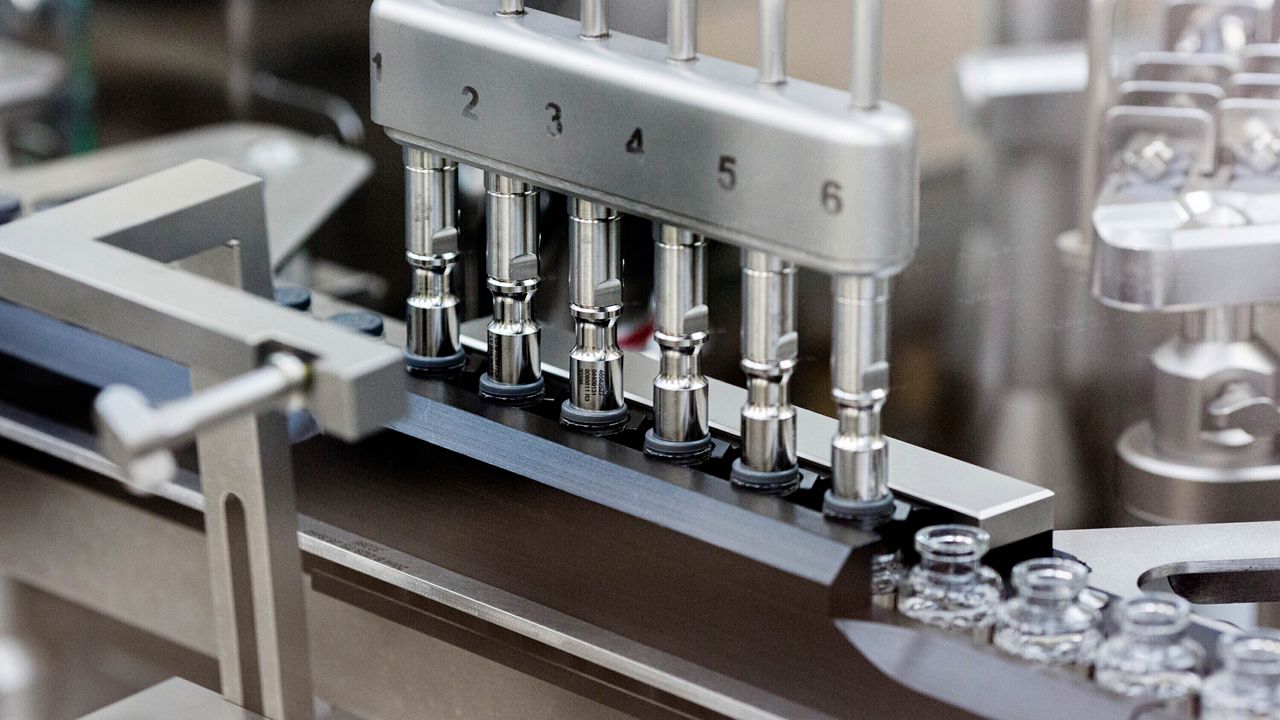 FILE - In this March 2020 photo provided by Gilead Sciences, rubber stoppers are placed onto filled vials of the investigational drug remdesivir at a Gilead manufacturing site in the United States. Given through an IV, the medication is designed to interfere with an enzyme that reproduces viral genetic material. (Gilead Sciences via AP)

The US Is Allowing the Emergency Use of An Antiviral Drug Amid Coronavirus. But Will New Yorkers Have Access?

The FDA on Friday granted emergency approval for an antiviral drug, remdesivir, for the treatment of the coronavirus. The approval comes after preliminary findings of a national trial of the drug released this week showed promising results.

With FDA approval, the hope is that the drug will be more accessible. Patients participating in the clinical trials can get it - but even at Montefiore Medical Center, that’s only 91 patients. They are among roughly 1,060 patients in the national trial.

Up until now, doctors have had to request remdesivir on a per-patient basis for patients not in a trial through expanded access and compassionate care protocols. The process is time consuming and slow, says Dr. Barry Zingman, Clinical Director of Infectious Disease at Montefiore Medical Center.

Zingman is leading the hospital’s clinical trial and spoke with NY1 in the hours before the FDA emergency approval was granted. He explained approval will streamline the process for doctors, allowing hospitals to buy the drug in bulk and prescribe it as needed, rather than applying for each individual patient.

However, there is still the issue of supply from the manufacturer Gillead.

"The demand is such, and the supply is so low, that unfortunately, there isn't that good match yet between the demand and the supply. So there are many hospitals, many patients, many doctors that are asking for this and can’t yet get access to it even through these mechanisms," Zingman said.

Gilliad, the company that makes remdesivir, is ramping up production. The company explains on its website that in January, it was not actively making the medication and had inventory for only 5,000 patients. Now, it is scaling production and distribution. The goal is to have enough for 140,000 treatments by the end of the month and more than 1 million by the end of the year.