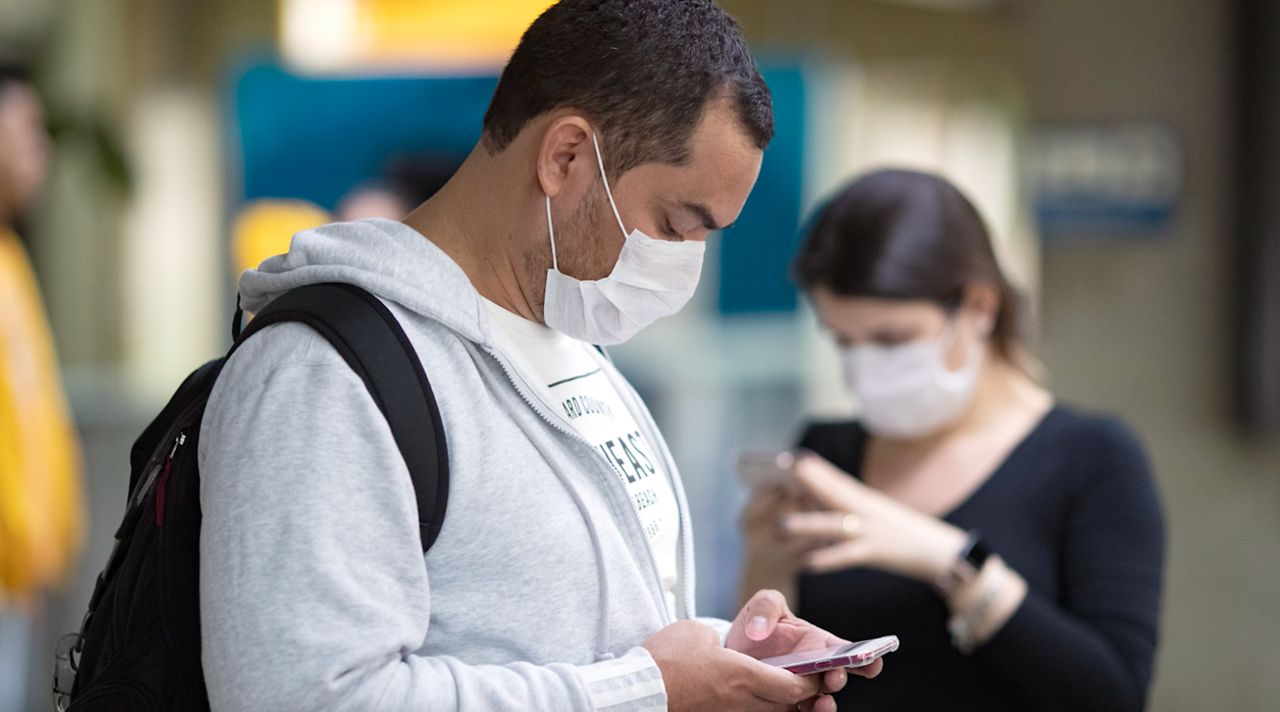 The exponential increase in COVID-19 cases in the U.S. took on too rapid a pace for the current workforce of contact tracers, also called disease investigation specialists (DIS), to have any hope of containment. But experts say before the country can safely reopen, contact tracing capabilities need to be drastically expanded so any new COVID-19 outbreaks can be quickly identified and contained.

A report released by researchers at the Johns Hopkins Bloomberg School of Public Health, says “In order to trace all contacts, safely isolate the sick, and quarantine those exposed, we estimate that our public health workforce needs to add approximately 100,000 (paid or volunteer) contact tracers to assist with this large-scale effort.”

David Harvey is the executive director of the D.C. based National Coalition of STD Directors, an association that represents the DIS workforce in public health departments across the U.S., and normally focuses on controlling outbreaks of sexually transmitted diseases. Harvey says they represent a little under 2,000 disease investigators, many of whom are currently responding to the coronavirus pandemic.

“That figure is down from a high of four or 5,000, ten years ago. This field has been allowed to wither like so many other public health infrastructure issues that are now being revealed in the context of COVID. So nationally, this is a small workforce, but does mighty important work,” said Harvey.

CDC Director Robert Redfield says there are plans in place to aggressively scale up the number of contact tracers. During a White House briefing last week he mentioned the CDC has more than 500 individuals embedded throughout the country with an additional 100 recently deployed to assist in 20 active COVID-19 outbreaks. Beyond that though, there does not seem to be a detailed plan available on what an expansion in disease investigators will look like nationally.

While the National Coalition of STD Directors is funded mainly through the CDC, it’s not part of plans to enhance tracing throughout the country. “This is a workforce that has no current visibility in CDC plans, which is inexplicable since there is a 40-year history plus of doing contact tracing,” said Harvey. “With CDC's release of their recovery plan you do not see mention of DIS anywhere.”

Contact tracing is a bullet point in The Trump Administration’s Opening America Up Again Plan, but the details stop there. It is though, a recognized, crucial element in many state reopening blueprints, that are just getting started. The Florida department of health hired 100 additional epidemiologists in March to aid county health departments in disease investigations. A spokesperson with North Carolina’s health department says they are trying to figure out the number of staff they will need moving forward and are also exploring digital tracing technology options. The Texas Department of State Health Services is working on plans to beef up its contact tracing workforce of 800 people.

California Governor Gavin Newsom announced Wednesday, the state was creating a training academy, with the hopes of scaling up the state workforce to 10,000 contact tracers.

The governors of New York, Connecticut and New Jersey have teamed up with Johns Hopkins University, Michael Bloomberg, and Vital Strategies to build out a workforce of about 10,000 tracers for the region.

Even with all the work going into building armies of contact tracers, it may not be possible to trace each new case of COVID-19. Big tech has offered its tools. Apple and Google say they will allow governments and health agencies to access Bluetooth data from their phones to help identify outbreaks.

University of Rochester Computer Science and Information Systems Professor Abraham Seidmann, while not a fan of how big tech might use that information for its own benefit, says it is time for state and federal leaders to consider leveraging the technology that is already at our fingertips.

“One, with the number of people infected in the U.S. running into hundreds of thousands there is not enough labor around to do [contact tracing]. And second, none of us remember who we crossed paths with over the last 10 to 14 days. You know, we use public transportation. I may be working at CVS or at Wegmans,” said Seidmann, “and it's hard for me to remember whom did I serve or who did I help with the wheelchair, with the baskets coming in and out of the store. It's difficult to rely on human memory.”

Seidmann says Bluetooth and location technology is already used heavily in other countries. “Digital contact tracing was installed in Israel over six weeks ago. It's been in China for about 10 to 12 weeks. So is Singapore, South Korea, another country which really successfully arrested the spread of disease fairly early on.” Seidmann consulted with the Israeli department of health on the adoption of its location-based app. His company Dualiti Interactive along with a team at the Holon Institute of Technology in Israel created a similar app called PersonalShield that would use the location data on cell phones to quickly identify whether a user has crossed paths with people who are infected with COVID-19 or likely infected, whether symptomatic or not.

“It's the same way the app Map My Run, maps my running—because I'm an outdoor runner—or like WAZE that guides your driving or Google Drive,” said Seidmann. “I'm checking your path with everybody else in the radius where you live, that cross paths with you. You may go to another city, you come back and so on. But we cross paths and then mathematically we analyze with our algorithms and estimate the probability, without giving you too many warnings or too few warnings. ‘Hello, there is a very high likelihood that you are asymptomatic’.”

Seidmann said only state and local health departments would have access to the broad data, which could then be used by contact tracers to quickly contain outbreaks or reach out to individual people who may need to be isolated due to their exposure.

Although the tech still raises privacy concerns, Seidmann argues the benefits in this case outweigh those concerns and could be a necessary supplement to a too small workforce. Apps like Seidmann’s, or the Bluetooth enabled options offered by Apple and Google, would all be opt in.

“We strongly believe professionally, scientifically that without location information, you cannot beat clusters and you cannot find the places where people infected each other. You don't need to have all the population. Even if we have 10 percent of the public, it's a lot more information than we have now. And it comes almost for free,” says Seidmann.

Harvey though says technology should only be a supplement, not the main answer to the workforce shortage. Disease investigators are especially important in minority communities and low-income areas.

“The people that we're most trying to reach here, marginalized communities, low income communities of color. You know, they may not even have access to the Internet or the cell phone usage plans that allow for that technology to be employed. So, you know, I welcome the tech companies trying to make a contribution here, and I think there's a role for them. But it should not, it cannot replace proven strategies of what we know works within the history and the culture of the United States around public health practices,” said Harvey.

There seems to be consensus among public health organizations like the Kaiser Family Foundation and experts like those at Johns Hopkins, that some combination of technology and a more robust workforce of contact tracers is needed to safely reopen the U.S.

Either way, Harvey says first, better coordination and resources are needed. "We still need a coordinated federal response and right now we’re not getting that,” said Harvey. “Nationally, 100,000 contact tracers are needed at $3.7 billion.”