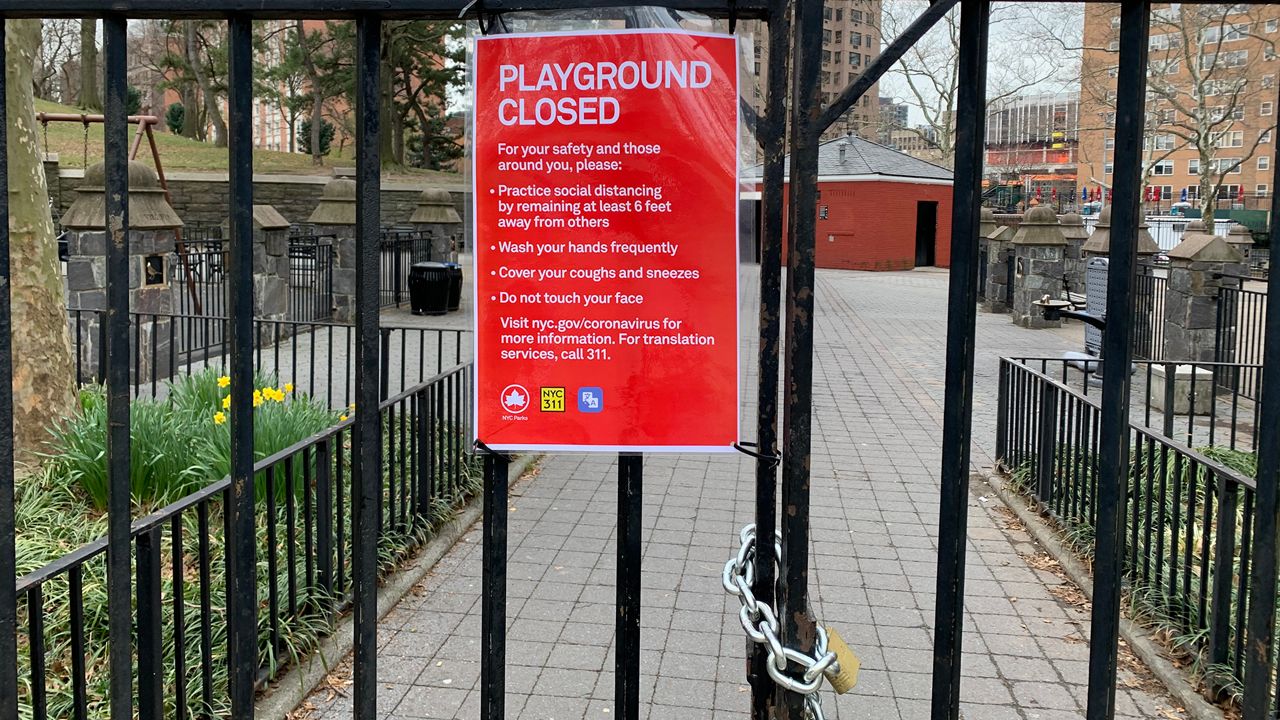 The gates are locked and the equipment sits unused at both playgrounds inside Fort Greene Park. They’re just two of ten playgrounds officials have closed down citywide due to crowding and a lack of compliance with social distancing.

"They're kind of pulling out all the stops, closing things down, so to me, it makes sense you don’t necessarily need a playground to go play," said one New Yorker.

The mayor announced the decision Tuesday after discussions with the NYPD and other enforcement agencies. The rest of Fort Greene Park will remain open, but closure signs are now posted at both playgrounds.

There are other problem spots now shut in each borough. Here is a full list:

“I think there should be another way we can do this for the kids to still be kids and have fun. You know, they already missing their friends in school," said one New Yorker. "So now what kids gonna do? Make trouble in the neighborhood."

Brian Blessinger says he stopped allowing his son Elliot into the playgrounds at Fort Greene Park weeks ago over coronavirus concerns. He's just happy the park itself will remain open.

"Living with him, we're in a 600-square-foot apartment. We have to leave the house," he said.

The mayor says his goal is to preserve as many playgrounds as possible — but if people don’t follow the rules, the city will continue to shut more down.