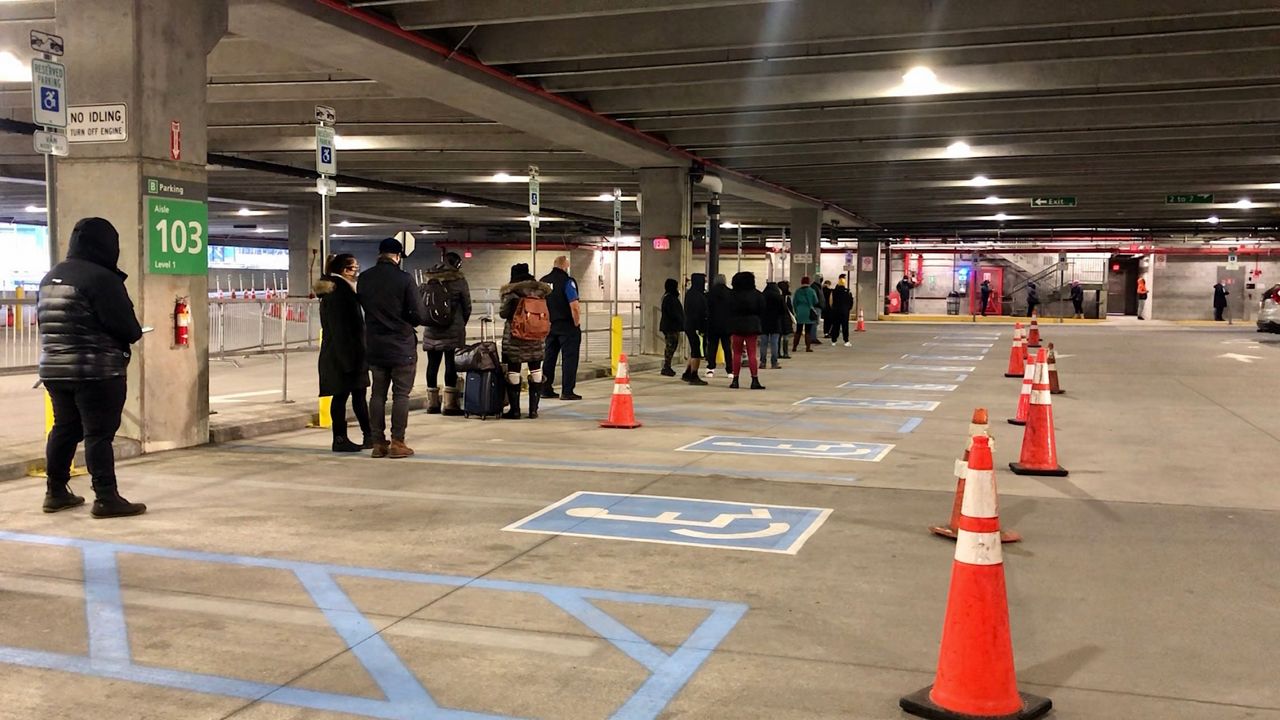 'It Seems Like the Responsible Thing to Do': City Residents Get Tested for Virus Post-Holiday Season

For Louis Cintron, waiting in line for a COVID-19 test is time to catch up on emails and the day’s headlines. The East Elmhurst resident did not travel this holiday season, but still visits the city testing site at LaGuardia Airport Sunday with his wife.

“Just to check up after the holidays make sure everything’s okay,” Cintron said.

Sarah Marten waits in line too. After she traveled to Wisconsin for the holiday, she hopes for a negative test result, so she won’t have to quarantine for the state’s mandated 10 days.

“I think it’s a really good option for those that, like myself, need to get back to work,” she said.

Marten says she tested negative before returning to New York. Both she and Cintron routinely come to LaGuardia for testing. It’s conveniently located close to their homes.

But Westchester resident Shira Maryles drove to the airport Sunday in search of a rapid test. Like Marten, she also wants to test out of a mandatory quarantine after leaving the state this holiday.

“It seems like the responsible thing to do and if that can make me move out and do my business it’s worth it to me,” Maryles said.

Travel overall is much lower compared to pre pandemic volume, but it’s still setting records. According to the TSA, more than 1.19 million people boarded a plane Saturday, the second most in a single day since March. With the relatively high numbers of travelers taking to the air, some now expect long lines for testing.

And that’s okay with Louis Cintron, as someone who regularly comes to LaGuardia for testing.

“The long length doesn’t really make a difference in how long it takes,” he explained. “Sometimes it might be less people than usual testing inside, so it might be longer.”

Visit the city’s website for more information about locations and hours.