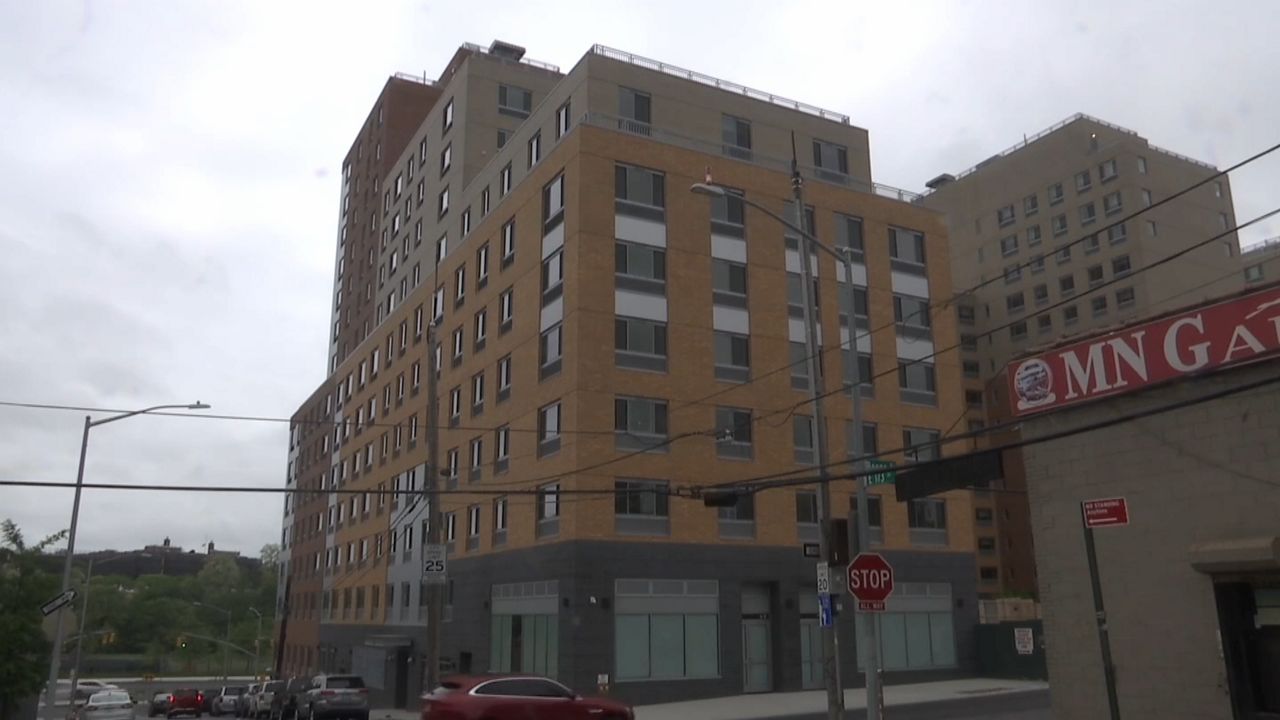 200 Homeless Families Getting Apartments Because of The Pandemic

For the roughly 56,000 homeless New Yorkers who stay in shelters each night, the coronavirus has left them with little sanctuary.

The city has been struggling to figure out what to do with the single people who live in group shelters, their advocates concerned the setting promotes the spread of COVID-19.

But well more than half the homeless population is made up of families.

Roughly 11,000 of them stay in city shelters, but a very lucky 200 of them are getting what could be the break of a lifetime because of the pandemic.

"Everything that was going on was so overwhelming for me,” said Alexa Cordero, a single mother of two young children. They are homeless, but she wasn’t jobless until the pandemic. She lost her position as a manager at a Kentucky Fried Chicken in Brooklyn.

“I lost my job. They was moving me from shelter to shelter, maybe like three four times I moved in one month.  It was crazy. It was a lot of work,” she said.

The 26-year-old has been in and out of the shelter system since she was 19 unable to make ends meet on a fast food worker’s salary, but she says her fear of catching COVID-19 made living in a shelter almost unbearable.

“I felt like everybody around could have had it,” said Cordero, about the shelter, which is a converted Hotel.  The protocol is for security guards to escort residents back their rooms to unlock the doors.  “One of my kids could touch anything on the elevator, on the door or anything,” Cordero said worried about the spread of COVID-19.

Mayor de Blasio and the City Council have been wrestling with what to do with the homeless during the pandemic. Hundreds are removed from subways during nightly cleaning closures and the shelters are overwhelmed.

“This is the time to help families out of the shelter system in a bigger way then we’ve done before,” said Louise Carroll, the Commissioner of the New York City Department of Housing Preservation and Development or HPD.

HPD is the city agency overseeing the development of affordable housing and it asked developers to voluntarily rent out additional apartments to homeless families.

Monadnock agreed to increase the homeless portion of its new 365 unit all affordable building off Sheridan Avenue in The Bronx to 30 percent from 10 percent, in part because it could fill the units faster with homeless people than through the city's affordable housing lottery.

"The lottery process with marketed units is very lengthy. it’s very regulated,: explained Ciano, “we’ve committed to our lenders to finish construction and lease up the building in a certain amount of time…with the homeless families, they’re eager to move in, they’re screened already by the city and the time is shortened.”

Monadnock is among nine developers saying yes and 200 families are getting apartments of their own.

One of them: Alexa Cordero and her children.

“My kids will be happy and be able to have a place to call home … I won’t ever have to deal with the shelter system again,” she said.