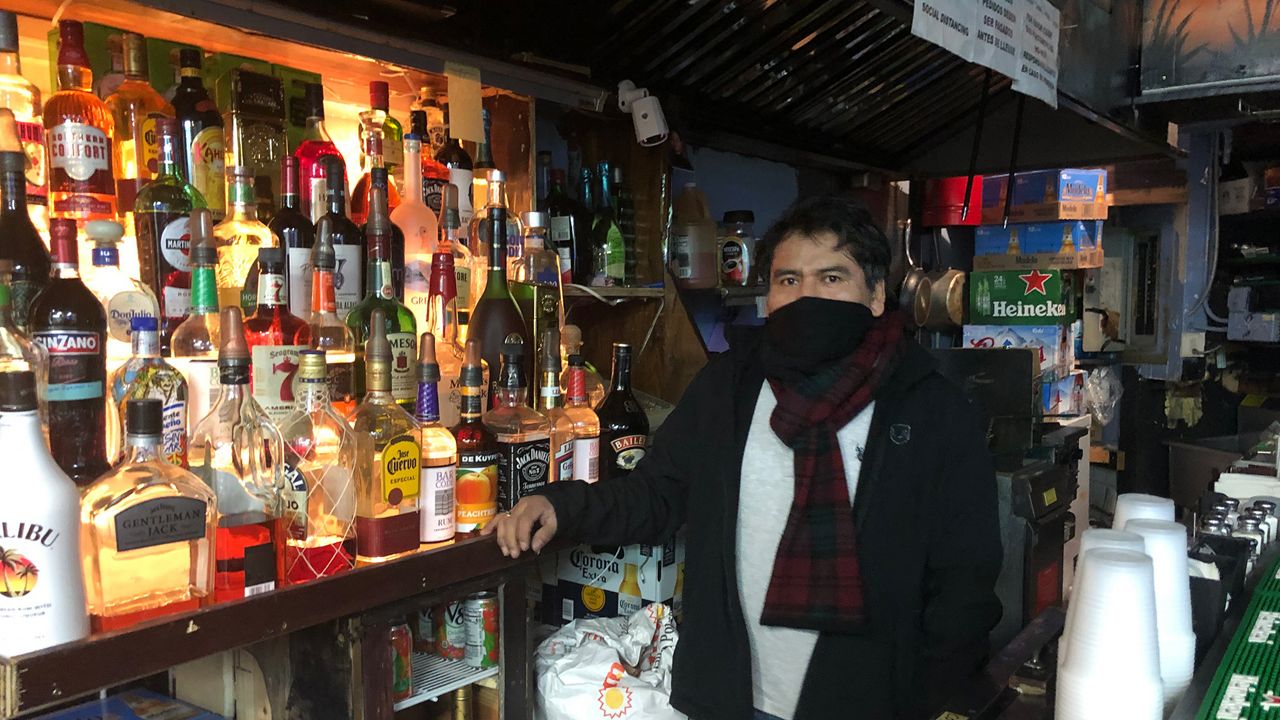 Luis Jara’s restaurant, New York Pizza Cafe and Spanish Food in Bushwick, is on a list that no bar or restaurant owner wants to be on.

According to the state Liquor Authority (SLA), Jara’s business is among many others in New York that have had their liquor licenses pulled for allegedly violating coronavirus related restrictions.

Unfortunately for Jara, he’s on that list for the second time since the pandemic began.

His business is among 36 mentioned in Governor Andrew Cuomo’s latest update on COVID-19 enforcement at restaurants across the state. This time, the infraction will cost him a lot more.

“A few days ago, the liquor authority took my license again and asked for $30,000 to pay to get a license back,” Jara said.

Jara’s paying it not because he can afford it, but because he said he can’t afford not to. He said the situation has forced him to borrow money from family and friends.

“I have to pay because I live for this. I pay my rent. I support my son, my family,” said Jara.

Jara said that fighting the allegations in court would cost him thousands in legal fees anyway. He believes he can handle the situation quicker by paying the fines, even though he doesn’t agree with what the New York City sheriff’s office reported happened at his bar in August and on November 28.

Mac’s Public House on Staten Island, whose general manager is facing his own legal troubles related to COVID-19 violations, is among them.

In Queens, more than a half dozen establishments lost their liquor licenses in the latest round. Four of them are in Flushing, and three of them are karaoke bars.

Assemblyman Ron Kim, whose district includes Flushing, believes that some of the businesses losing their licenses are making errors in an effort to survive and stay open.

“So I think our responsibility is, instead of criminalizing their pains and sufferings, what if we step up and do something about it to subsidize their losses?” Kim said.

Kim said that with so many small businesses on the brink he’s worried about closures and what that could mean for NYC neighborhoods.