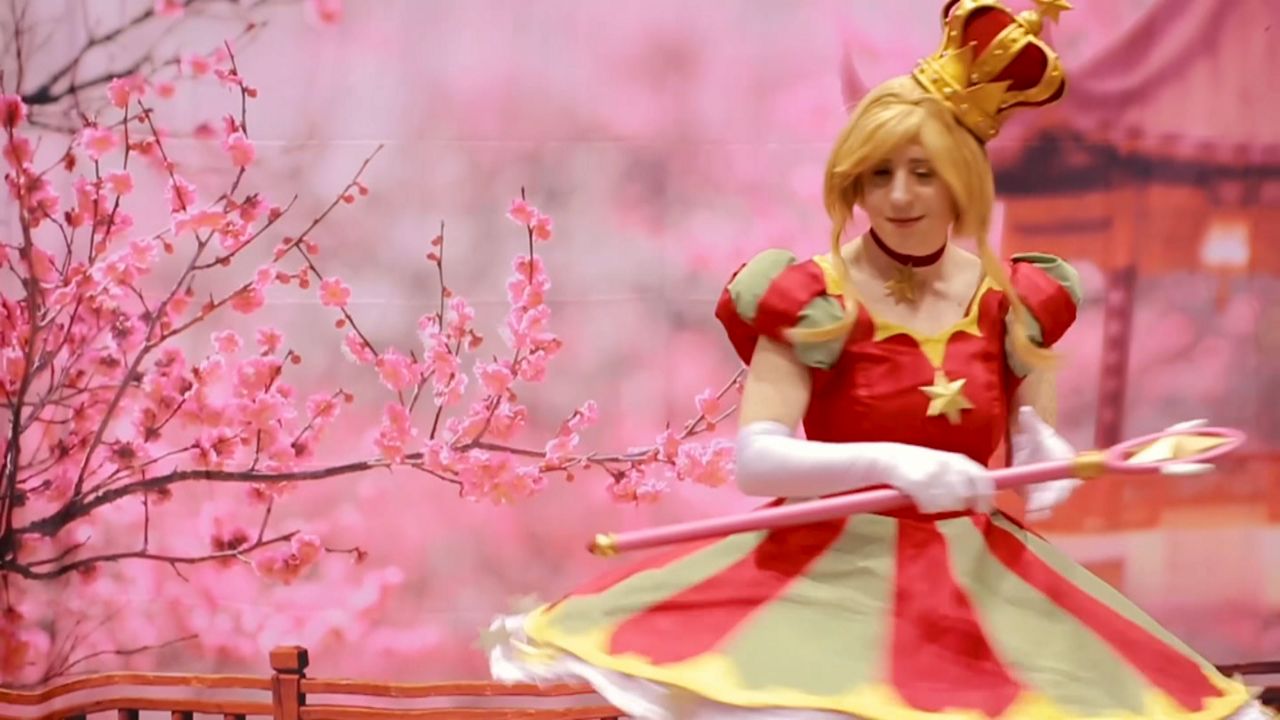 From “Sailor Moon” to “Attack on Titan,” fandom for cosplay, along with manga and anime, have swept across New York City.

NEW YORK — Katie Starer grew up in the Big Apple and developed a passion for anime in high school.

Now as an adult working in mobile gaming, she’s an even more dedicated fan and cosplayer.

"So I'm dressed as Sailor V from ‘Sailor Moon,’ or from the ‘Sailor V’ comics, which preceded the ‘Sailor Moon’ comics," Starer said. “How do I feel? I always feel amazing in this cosplay.”


There are three elements of this pop culture phenomenon:

Many were first popularized here on TV in the 1990s.

"So there's ‘Sailor Moon,’ ‘Dragon Ball Z,’ ‘Gundam,’ all of the various wonderful anime shows, on TV, and that just sort of became my pop culture growing up," Starer explained.

The audience has grown steadily since but soared in popularity worldwide over the past few years, attracting fans of all kinds, fueling sales, and inspiring massive conventions. In fact, manga is outselling comics in the United States — the 20 top-selling graphic novels right now are all manga. Popular titles include “Attack on Titan,” “My Hero Academia,” and “Demon Slayer.”

But while this worldwide fandom of Japanese culture is exploding, anti-Asian attacks have been reported in New York City and across the country.

"During this time, it's very, very scary. I have, you know, relatives and grandparents who are just too scared to step outside because they're afraid that they're going to be attacked for no reason at all other than the fact that they're Asian," cosplayer Lisha Luo Cai said.

Luo Cai, a Chinese Peruvian New Yorker, works for the city and is a regular at anime conventions. She hopes interest in titles like “Demon Slayer” can have a positive impact.

"Everybody wears kimonos and they have a lot of Japanese cultural traditions. I often see people want to learn more about Japanese culture to try to get to know more about why the series is as it is," Luo Cai said.

"And just like myself, I grew up with all those American music and movies. It's through music and through movies, I learned a lot about American history, society, people, art. So I really think those American people who like Japanese pop culture, through those stories and music, they gradually learn things about Japan, and that's great," Yamanouchi said.

Cosplayers agree and for many, including  Starer, dressing the part comes with a certain sense of responsibility.

"Even though I couldn't be Sailor Moon, I could at least embody Sailor Moon or characters from ‘Sailor Moon’ by creating their outfit in order to be as wonderful or brave or as heroic as they are," Starer said.