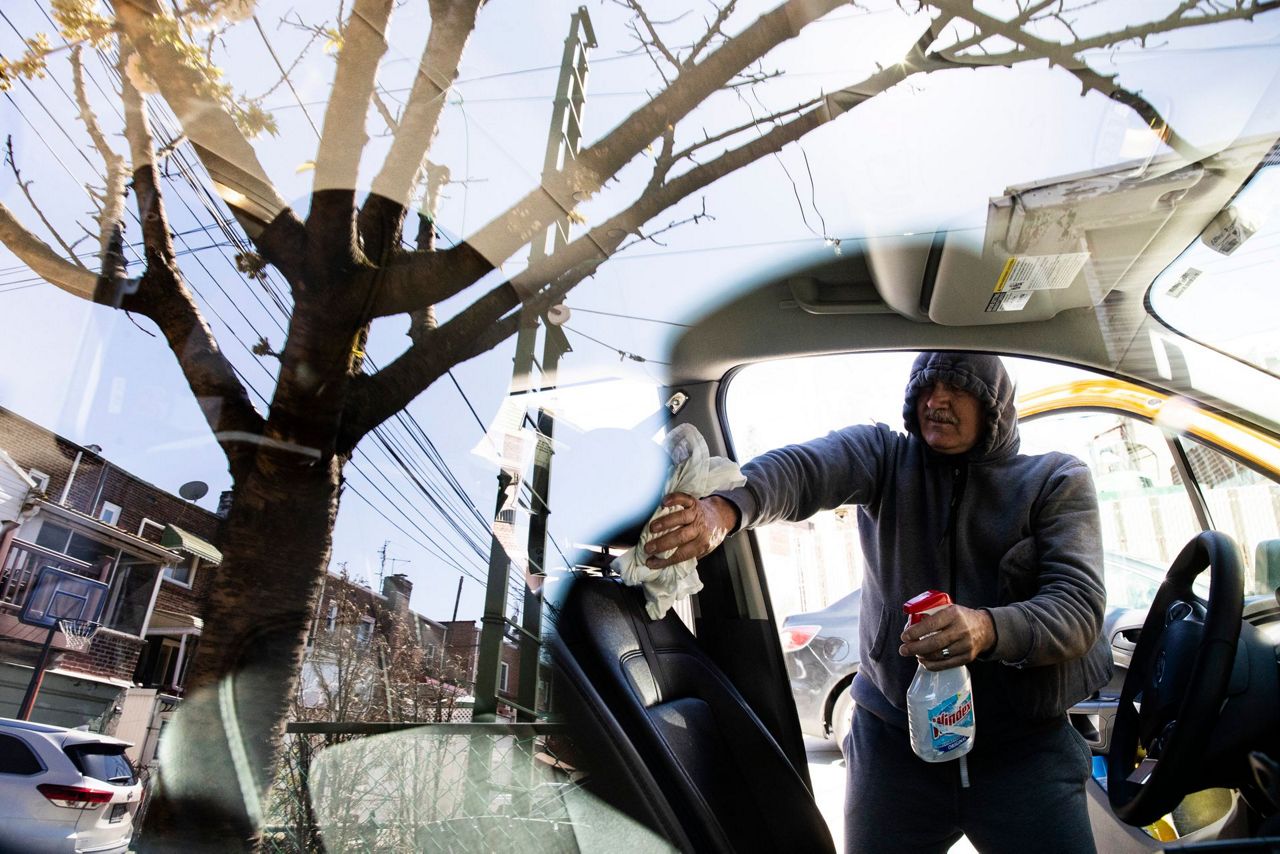 NEW YORK (AP) — Nicolae Hent often would begin his day at JFK Airport, where he could clean his taxi while awaiting what might be a $70 fare before driving into Manhattan.

No reason to go to the airport now.

Nor does he see any point in heading to Manhattan earlier, instead.

“No one wakes up before 12 in Manhattan anymore,” Hent said.

The Associated Press followed 10 New York City residents on Monday, April 6, as they tried to survive another day in the city assailed by the new coronavirus. For more, read 24 Hours: The Fight for New York.

A taxi driver's job has grown tougher in recent years with the arrival of ride companies such as Uber and Lyft, and the empty streets now have made things even more difficult. Where Hent could once count on $300 or more a day, somewhere around $100 is the new norm.

He was driving for more than an hour Monday before finally getting his first fare of the day. The pickup was outside Mount Sinai Hospital, one of the few locations in New York where a taxi driver might get work.

“That’s where the customers are now,” Hent said. “Hospital workers, nurses, doctors, and where there are stores for food.”

Not that those fares help much, because the passengers are often going just a few blocks. He picked up one on the Upper West Side whose route was only five blocks, a trip so short that Hent didn’t even make the man pay.

Hent, 63, has been driving a cab since 1988. He’s three years from being able to retire with full benefits, so wants to stick it out through these tough times — especially because he knows the few passengers he’s currently getting are often crucial ones.

“I feel like I have an obligation to take those hospital workers from point A to point B,” Hent said.

There's no longer a rush-hour surge, when people leaving the office will flag down the closest cab to hurry to their next destination. Gone for now are the days of waiting for a crowd to exit a ballgame or concert, so Hent often calls it quits for the day earlier.

Once the medical workers who finished at 7 p.m. have gone home, Hent figures it's time to do the same.

“Then there's no reason to stay on the street, because there's nobody,” he said.

Copyright 2020 The Associated Press. All rights reserved. This material may not be published, broadcast, rewritten or redistributed without permission.