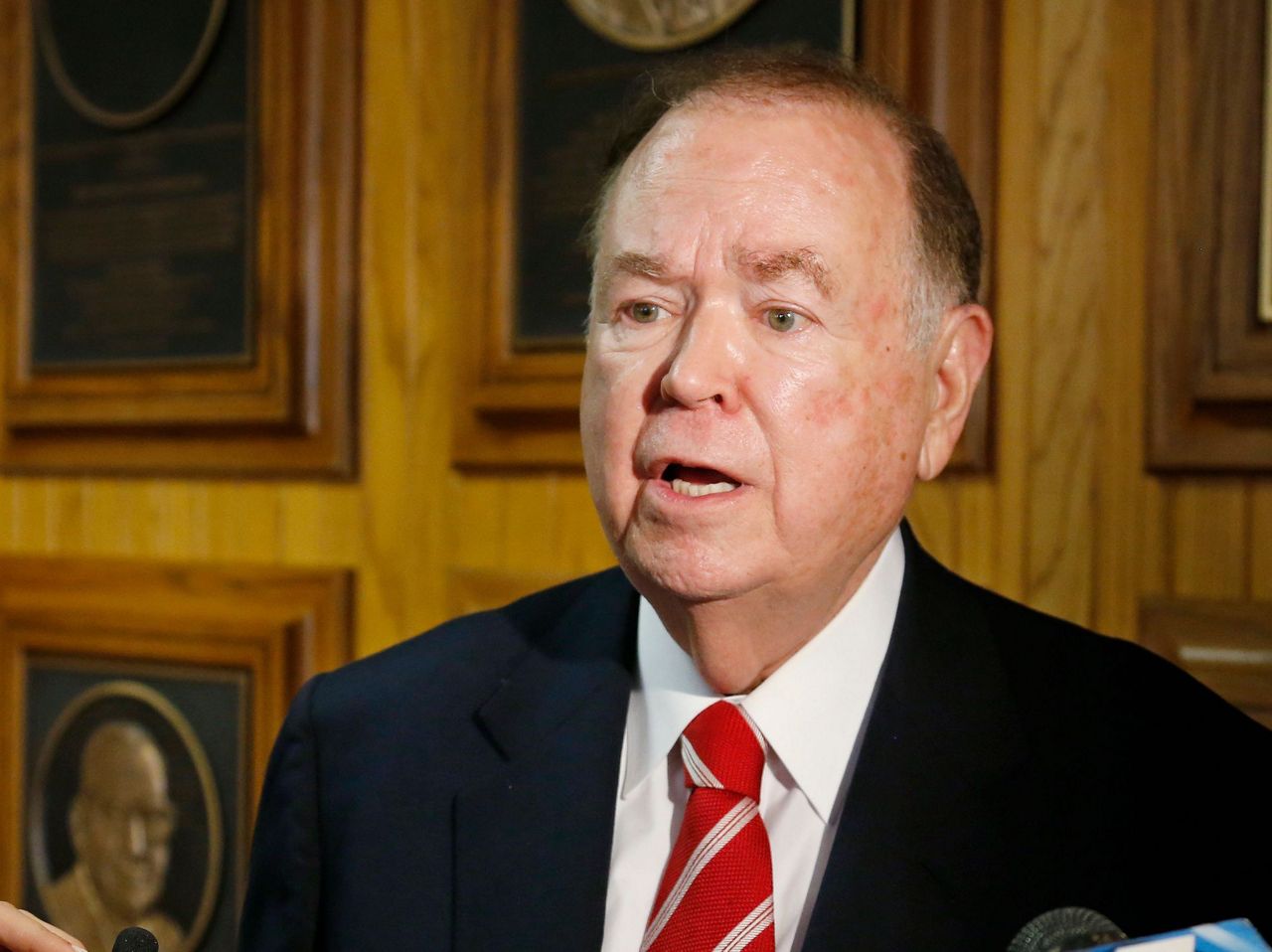 1 of 2
FILE - In this March 10, 2015 file photo, University of Oklahoma President David Boren talks with the media before the start of a Board of Regents meeting in Oklahoma City. The attorney for Boren says Boren has met with investigators looking into allegations he sexually harassed male subordinates. Attorney Clark Brewster told The Oklahoman that Boren met Friday, April 5, 2019 with investigators and answered all of their questions, but Brewster declined to discuss specific questions. (AP Photo/Sue Ogrocki, File) 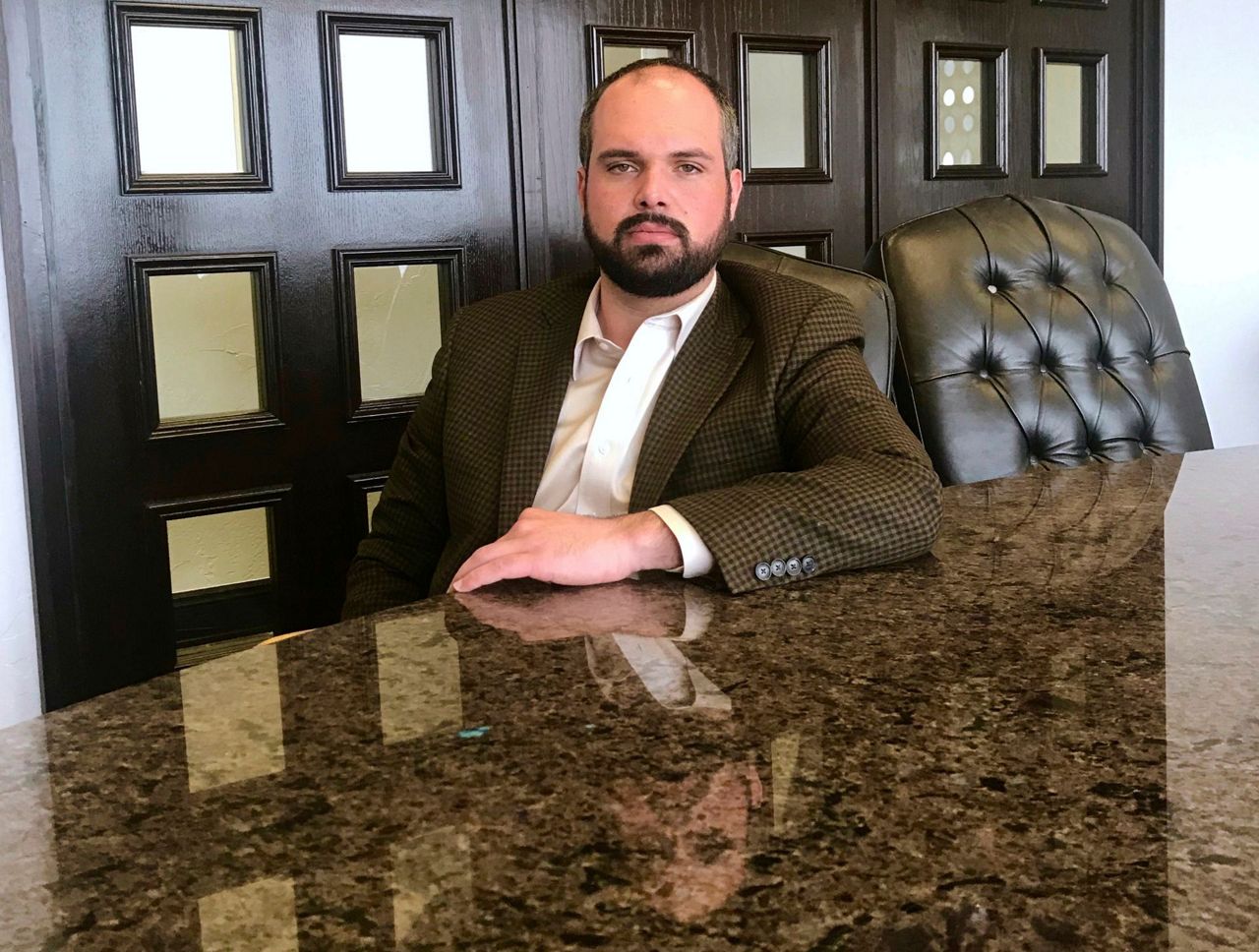 2 of 2
FILE - This March 28, 2019, photo provided by former University of Oklahoma student Jess Eddy shows him posing for a photo in Oklahoma City. The attorney for former University of Oklahoma President David Boren says Boren has met with investigators, Friday, April 5, looking into allegations he sexually harassed male subordinates. The university in March acknowledged an ongoing investigation into a report of sexual misconduct after the online news site NonDoc first reported the allegations by former OU student and Boren teaching aide Jess Eddy. (Jess Eddy via AP, File)

OKLAHOMA CITY (AP) — An outside investigation into allegations of sexual misconduct by former University of Oklahoma President David Boren was fair and objective, the head of the OU regents said Tuesday, although none of the probe's findings have been released.

OU Board of Regents Chairwoman Leslie Rainbolt-Forbes said after a six-hour, closed-door meeting with attorneys from the Jones Day law firm that the investigation was launched after "multiple individuals" alleged inappropriate conduct. Rainbolt-Forbes didn't name Boren, but his attorneys have confirmed he was the target of the probe.

"We are satisfied that the investigation by Jones Day was fair, non-biased, thorough and objective," Rainbolt-Forbes said. "We consider this is a very serious matter, and we will carefully consider what we learned today, and we will respond in a timely and prompt manner in accordance with the university's existing policies and procedures."

Former OU student Jess Eddy has claimed Boren made unwanted sexual advances and touched him inappropriately on several occasions when he worked as a teaching aide for the former Oklahoma governor and U.S. senator more than a decade ago. Boren, through his attorneys, has denied wrongdoing.

Eddy appeared at Tuesday's meeting and told reporters he believes the university doesn't intend to adequately investigate his claims.

"I have no confidence in Jones Day or the university," Eddy said.

Eddy previously acknowledged in an interview The Associated Press that he first denied the allegations to Jones Day investigators during a meeting in February and provided a signed statement to Boren's attorney on March 14 again denying the claims. But he said he later decided to publicly acknowledge that the allegations were true after he "started to realize the implications of what I was doing by concealing my truth."

"We've been fully cooperative and transparent, and obviously I'm not privy to the (Jones Day) report that was generated based on their interviews and investigation, but I'm confident that President Boren was not engaging in any inappropriate conduct," Brewster said.

Brewster said he's unaware of any other person who has made allegations of sexual misconduct against Boren.