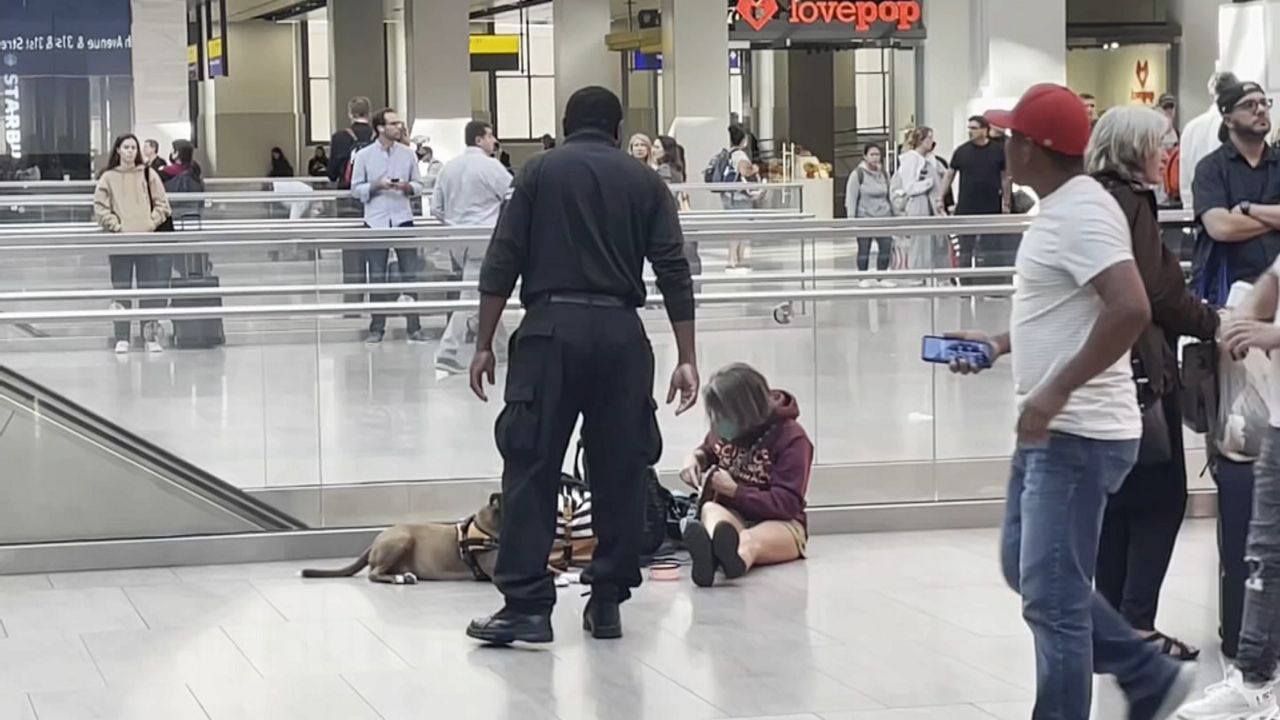 A security officer at the Moynihan Train Hall asks a customer not to sit on the floor on Sept. 22, 2022. (NY1 Photo)

Cindy Finch was waiting for her train at Moynihan Train Hall when she took a seat on the floor.

"One of security people came over and directed me to the waiting area and I said, 'oh, I’m good, I’m fine, I can sit on the ground, it’s OK' and he’s like no you can’t you can’t sit here."

There is specially designated seating for ticket holders.

But Finch thought the main area could use public benches.

"I think benches are very important, especially any time you’re dealing with public transportation," she said.

Across the street at Penn Station, the MTA has the chance to bring in the benches as part of the terminal's reconstruction project.

The MTA board on Wednesday awarded a $58 million contract to design the Penn Station work.

Seating "is definitely among the issues that will be resolved by the design team as part of this," MTA chairman Janno Lieber said at a board meeting Wednesday.

A detail the chairman said was not part of a master plan for Penn Station released last year.

That plan imagined a Penn Station with more light, head room and ways to enter and exit.

This master plan, he said, "didn't get down to the detail of if and where we should put benches. That will be one of the issues that's resolved."

Asked about the ticketed seating area nearby, she said, "I think of that area as more of the bathroom area. I don't typically go over there."

LIRR commuter Shane Beeker said he's like to sit - "sometimes the trains are a little bit delayed," he said - as long as the seating doesn't block the flow of foot traffic.

"You want to put it in a strategic location where it's not impacting traffic and people can move about freely," he said. "But, yes, it would be nice to have more seating all over the place."

It's an issue the MTA chairman raised.

"We're in a different era and a key issue is circulation and what is good for the riders and people who use the station," Lieber said.