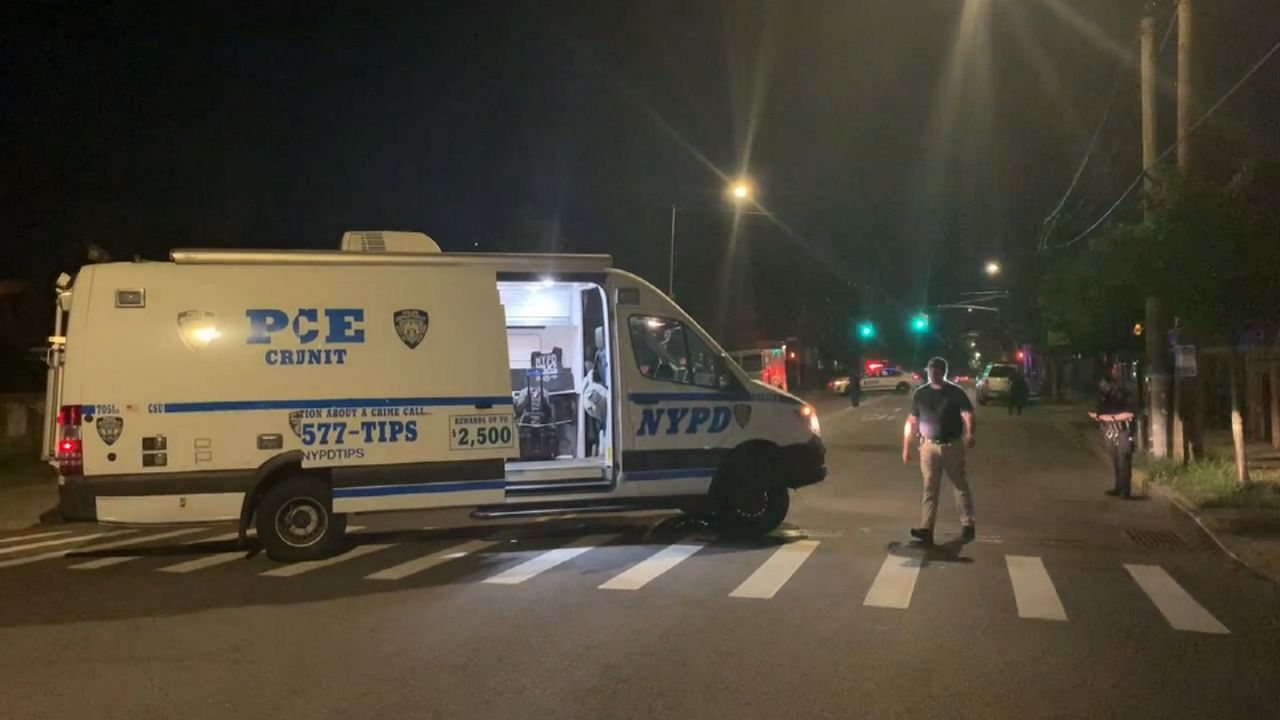 Police investigate the scene where they say three suspects attacked and robbed an off-duty officer in the Bronx Tuesday. (NY1 Photo)

An arrest has been made in connection to an assault and robbery of an off-duty officer in the Bronx, authorities said.

Oshawn Logan was arraigned Saturday in connection to an assault and robbery of an off-duty officer in the Bronx, according to the Bronx DA’s office.

Logan, 18, was arrested at the 43rd Precinct, according to police. He is charged with four counts of robbery, two gang assaults, two assaults, grand larceny, and criminal possession of a weapon, officials said.

The NYPD said they believe Logan to be involved in a pattern of assaults and robberies.

Police say the attack on the off-duty officer took place just before 11 a.m. Tuesday while Muhammad Chowdhury, a 48-year-old male, was out jogging near 823 Olmstead Ave.

The three suspects approached Chowdhury, repeatedly struck him in the head - fracturing his skull, causing his brain to bleed - and stole his phone, car keys and wallet, which contained multiple forms of identification, according to police.

Authorities say the suspects fled the scene in a black Honda sedan operated by an unknown fourth individual, which was last seen traveling westbound on Turnbull Ave.

Chowdhury's cousin, Numan Syed, said Thursday the officer is in critical but stable condition with a fractured skull and bleeding in the brain.

Tonight, as detectives continue to investigate a series of robberies targeting NYers, including one that left our off-duty officer hospitalized, an individual has been arrested and charged with robbery and gang assault. Other suspects are still wanted. Call #800577TIPS with info. pic.twitter.com/xPFmtvzt2G