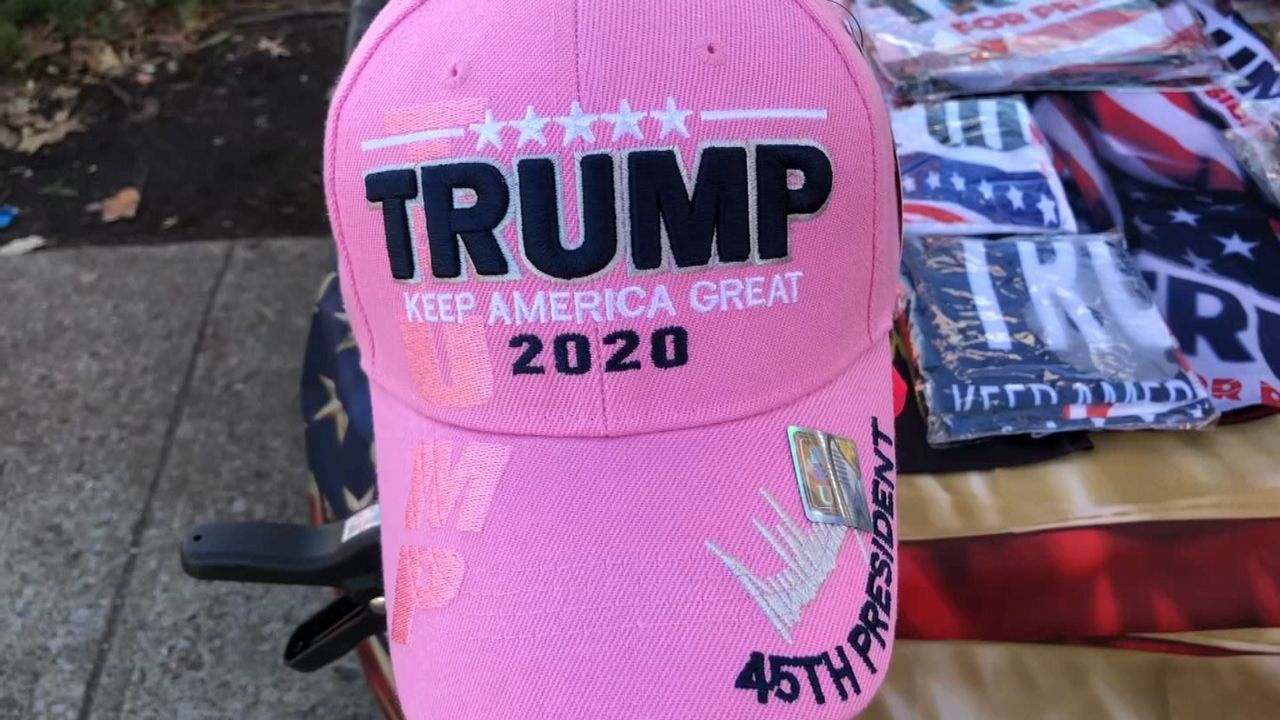 With Buses, Hats, and Votes, Staten Island Is Still a Sea of Red for Trump

NEW YORK — In a city that's deeply blue, you're more likely to find a Trump bus on Staten Island than anywhere else.

One supporter told NY1, "He did so good for our country, compared to Obama and everyone else, and I'm always for Trump."

Anthony Granata co-owns a Trump bus with his brother and sister. "This is one of the 'Trump-mobiles,'" he said.

It's traveled all over the country, but Granata says he feels most at home here, on his home turf: Staten Island's South Shore.

He says his customers feel how he does about the president.

"Everything he said he was going to do, he has done," Granata said. "Promises made, promises kept."

Another supporter agreed. "I think Trump did a great job for the last four years, and I think he should do another great job for another four more years," he said.

Just as it did in 2016, Staten Island overwhelmingly voted for Donald Trump, while the rest of the city voted Democratic.

The president has won 62% of all votes that have been counted so far, a tally that does not yet include absentee ballots, which might favor Joe Biden.

Four years ago, Trump beat Hillary Clinton 57 to 41% here. The owner of a hot dog stand says she knows why.

"In his heart, he cares about the people," she said.

"Trump is most for the country and for the people. I think he's not a career politician. And I think Biden is, don't even go there," said another woman.

There are more registered Democrats than Republicans on Staten Island.

But time and again, voters here have proven they're more willing to vote off party lines than any place else in the city.

College of Staten Island Professor Richard Flanagan says residents in the borough are more likely to be swayed by issues than party labels, and that in a borough with many police officers, firefighters, and blue-collar workers, Trump's law and order message resonates.

Flanagan told NY1, "To the extent that the attention is placed on police-civilian relationships, it looks like Staten Islanders are in the uncompromising police column."

He says that's what lead to Democratic Rep. Max Rose's apparent loss to Republican Assemblywoman Nicole Malliotakis — and this year, another overwhelming victory on the island for Trump.