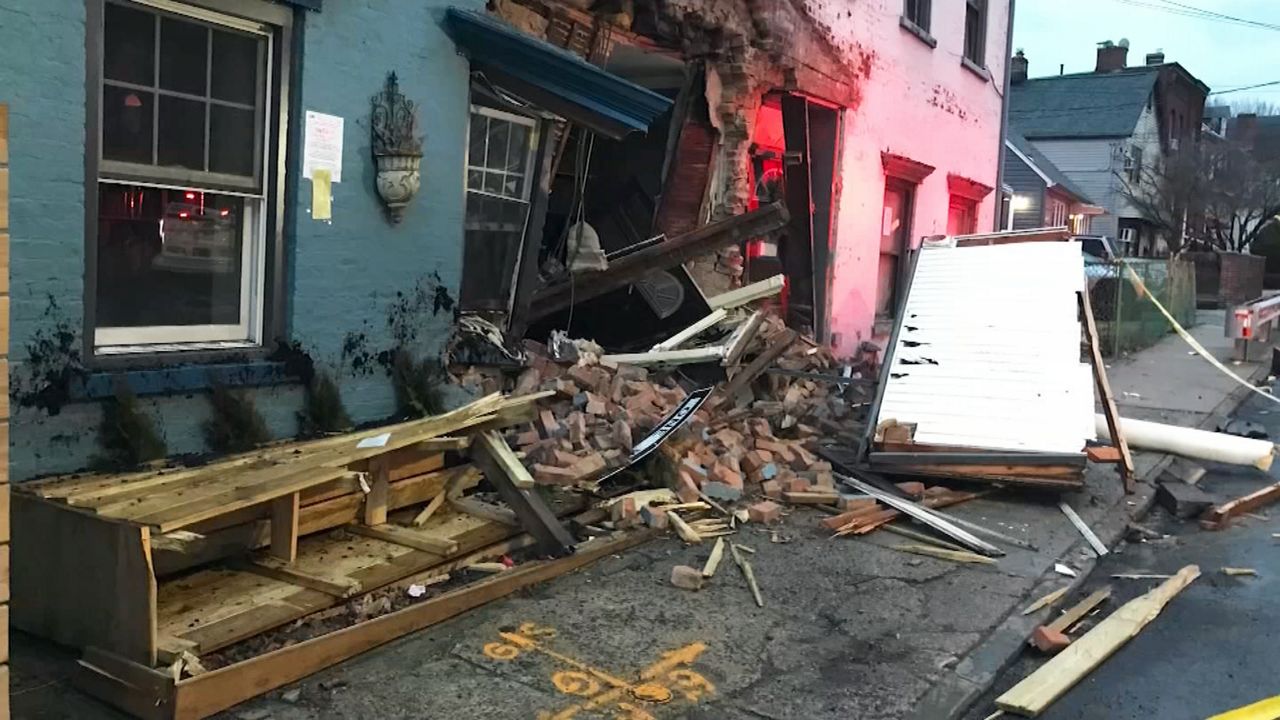 Damage caused by a car crash on March 3 outside a Van Duzer Street home.

STATEN ISLAND, N.Y. — Joanna Dawe recalls the moment when an SUV crashes into the front of her Van Duzer Street home in the middle of the night on March 3. It was during a police chase.

“I was asleep and there was a loud bang" said Dawe. "The whole house shook and it woke me up. The smoke detectors went off. It was from the dust. And then I heard screaming. I didn't know what was happening at first. Since the accident I try not to drive past the house because it's just too upsetting."

The NYPD says the driver was trying to get away from them after officers pulled the SUV over after noticing a defective brake. That’s when they noticed a clear glass pipe and asked the driver to get out of the vehicle. Instead, the driver sped away, lost control and crashed into Dawe’s.

Dawe and her family have been living in a hotel ever since and could be out of their home for up to four months.

Even before this crash, neighbors spoke out about what they feel is a dangerous design of the intersection of Van Duzer St. and St. Pauls Avenue in Stapleton.

“There's basically two categories of problems; One of them is that the people who just are going way too fast, and they lose control when they get to the bottom. And the other is that it's an extremely confusing intersection because from both streets heading into it, you can see the stop sign and people don't know which person the stop sign is for” said Dawe.

Judy Sigh has been living in front of the intersection for 15 years and is right next door to Dawe’s home. She says accidents in that area and throughout the corridor of Van Duzer Street are common.

“Just yesterday, I'm walking down Van Duzer and I see a young lady that was confused by the sign here in the middle of the road. And she literally ran into it, knocked it down,” said Sigh.

Residents say that they’ve been asking the city Department of Transportation to install a traffic light or other forms or traffic safety measures in the area.

The DOT said in a statement, “We are paying close attention to this intersection and have completed a number of traffic-calming projects on both Van Duzer Street and St. Pauls Avenue over the years. That said, we plan to discuss additional possible safety measures soon with the community.”

Dawe says she hopes something is done sooner than later to keep her family and others along Van Duzer street safe.

“Obviously I fear I could be hit just crossing the street. Clearly they can run into my house” said Dawe.