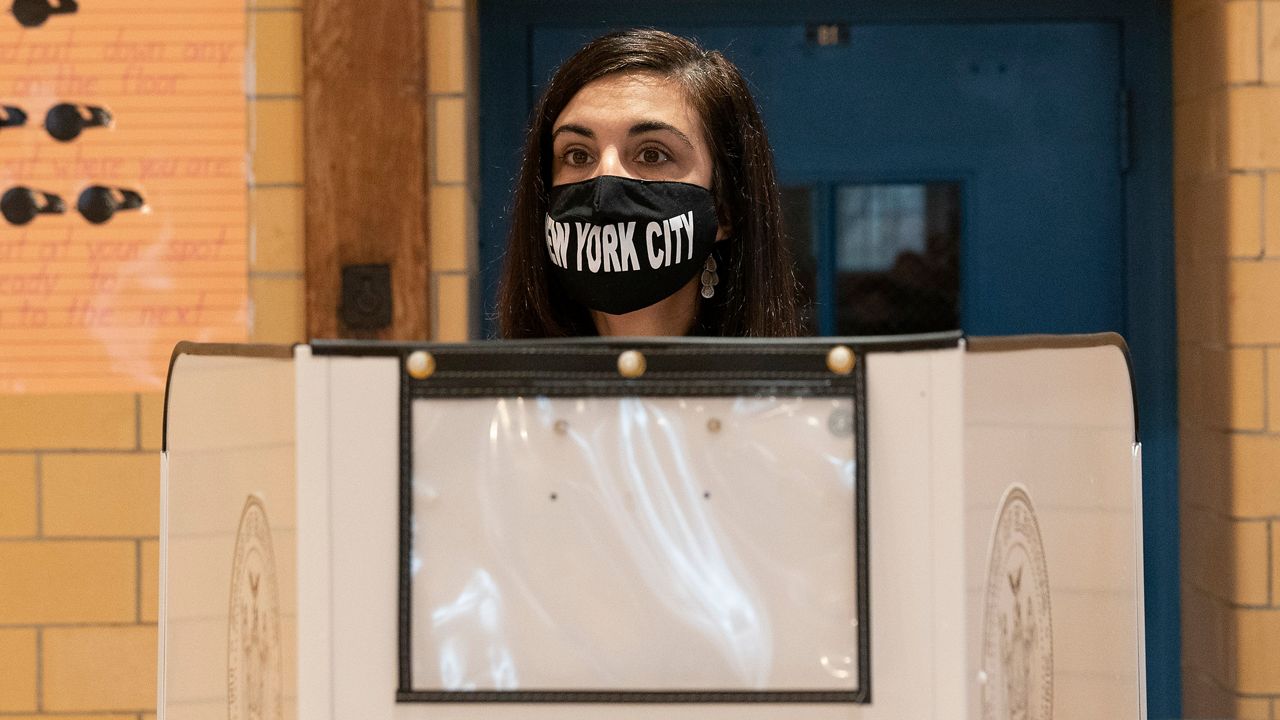 Rep. Nicole Malliotakis on Thursday voted to penalize a GOP colleague for her history of supporting conspiracy theories.

The Staten Island and Brooklyn congresswoman was one of 11 Republicans who joined Democrats to remove Rep. Marjorie Taylor Greene from her committee assignments in retaliation of the freshmen's incendiary comments.

Malliotakis called Greene’s past comments “deeply disturbing and extraordinarily offensive and hurtful to thousands of 9/11 families and first responders, our Jewish community and many others in my district.”

Greene, of Georgia, earlier Thursday sought to defend herself by denouncing some of the conspiracy theories she has been associated with, including 9/11 trutherism.

“I also want to tell you 9/11 absolutely happened," Greene said. "I remember that day, crying all day long, watching it on the news. And it’s a tragedy for anyone to say it didn’t happen.”

The vote against her came days ahead of the start of Trump’s second impeachment trial, this one for incitement of insurrection in the Jan. 6 storming of the U.S. Capitol by his supporters.

After the vote, House Democrats — led by Rep. Alexandria Ocasio-Cortez — recounted harrowing personal accounts of the attacks from the floor of the chamber that was one of that day's many crime scenes.

"Twenty-nine days ago, food service workers, staffers, children ran or hid for their lives from violence deliberately incited by the former president of the United States," Ocasio-Cortez said.

"I decided to stay in my office with my team, and we locked ourselves in there. I could see from my window some of the protesters," said Rep. Adriano Espaillat, whose district covers parts of Manhattan and the Bronx. "You see, this assault against the Capitol was not just concentrated on the Capitol steps. It was everywhere, really.”

Earlier Thursday, Democratic House impeachment managers demanded that Trump testify before or during the trial, but the former president’s legal team promptly spurned the request as a publicity stunt.

The Senate impeachment trial is set to begin Tuesday.