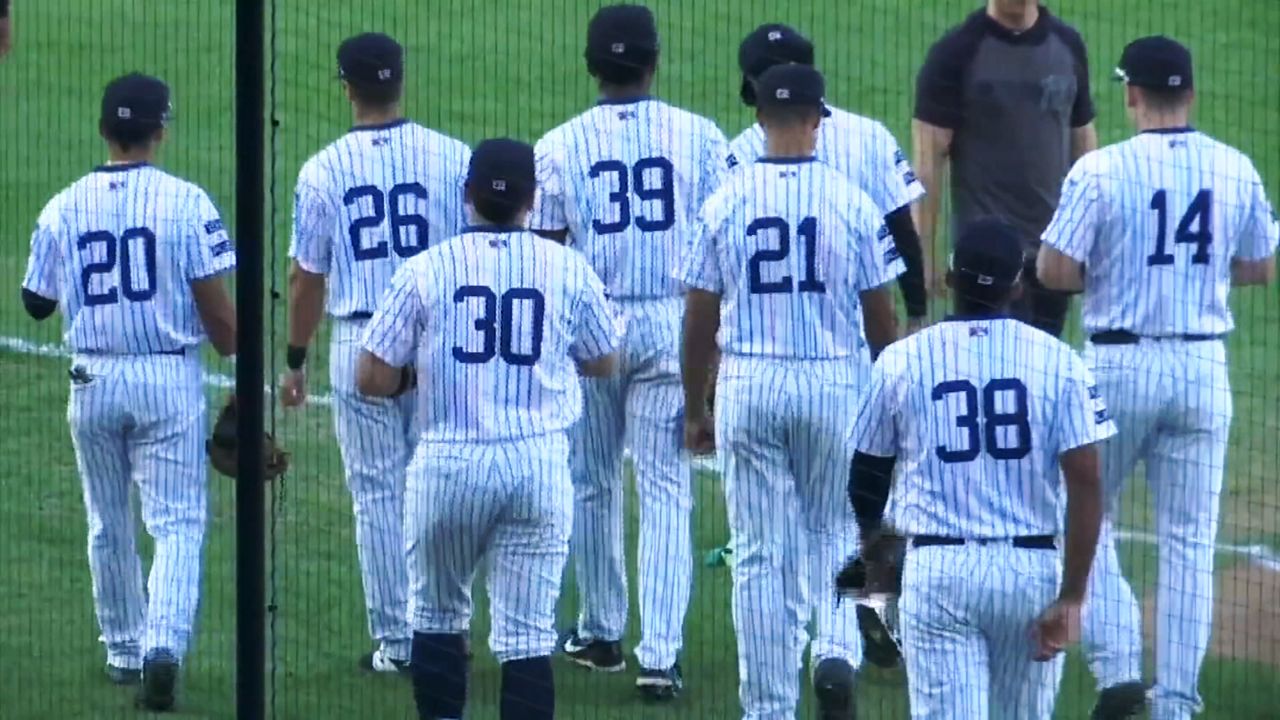 Game Over for the Staten Island Yankees?

STATEN ISLAND, N.Y. - It might be the bottom of the ninth for the Staten Island Yankees.

Congressman Max Rose says a downsizing of Minor League Baseball could mean the end of the Baby Bombers.

"We should be extraordinarily concerned," Rose said.

There was an outcry, but it's been drowned out by the coronavirus crisis. And baseball now seems poised to move ahead with a restructuring plan.

That would force the major league Yankees to choose between dumping either the Staten Island team or the Charleston River Dogs, their two affiliates in short-season leagues.

Rose and Oddo penned a letter last week to the parent club in a plea to save the Staten Island team. Its home, the Richmond County Bank Ballpark, was built with $29 million in city funds 20 years ago. At first, sellouts were routine but attendance has waned, falling to just 65,000 last year, the lowest ever, even after a marketing blitz renaming the team the Pizza Rats for selected games.

"I think it’s completely different franchises based on the geography, it’s easier to get to by mass transit," Oddo noted.

Last fall, New York Yankee owners came out in public support of the Staten Island Yankees, and said the negotiation process should play out before worrying about the team's future.

The team has said little else since.