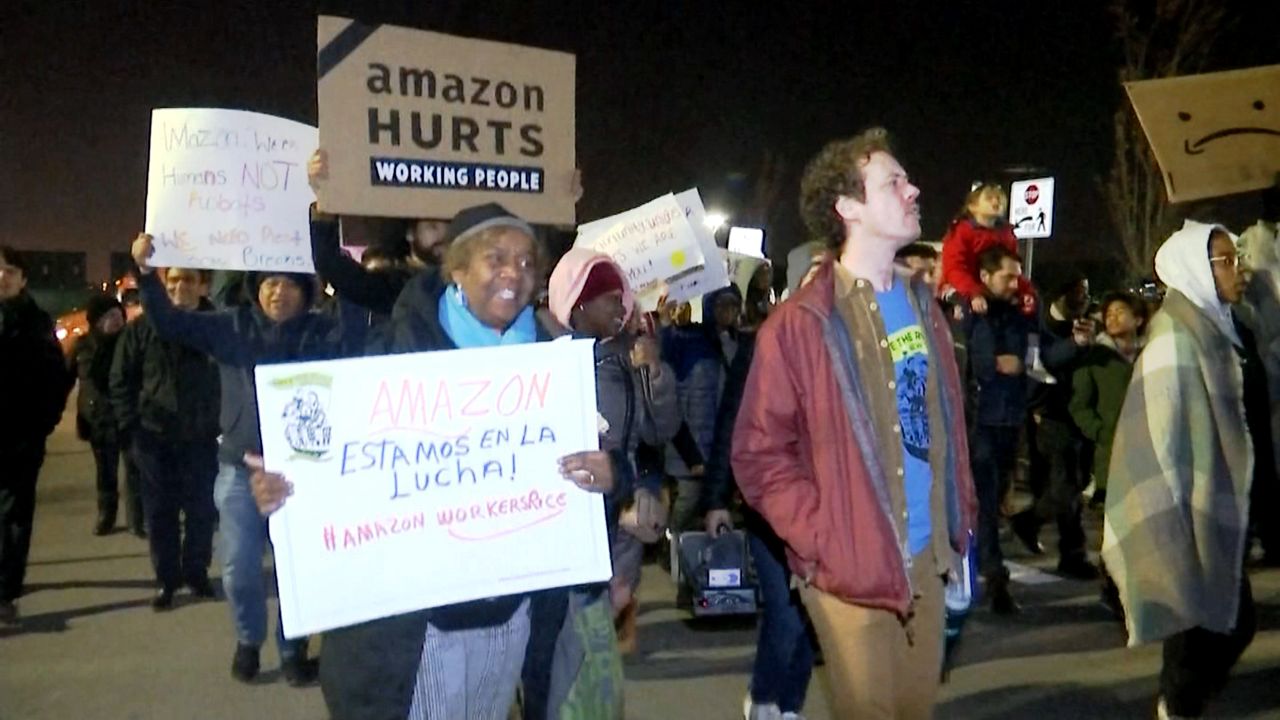 "We work like a robot, they don't really care about our health," said one demonstrator.

Dozens of protesters were taking the company to task for what they say are inhumane working conditions at the Bloomfield center —known as JFK8— citing a report compiled in part by the group Make the Road New York.

"Amazon's own data shows that this warehouse in particular is more dangerous than coal mining, the frequencies of serious injuries at this warehouse is enormous, it is three times the national average," said Deborah Axt of Make the Road New York.

Staffers say the report echoes what they already know.

"They would always ask me do things fast," said one worker. "And that's what ultimately led to me being injured."

"You stand up the whole time there's absolutely no sitting except on your break time," said Rina Cummings, a worker. Protesters delivered a petition to management they say was signed by 600 Amazon employees, demanding an end to what they call unrealistic production rates, forced overtime and the grueling 10 to 12 hour shifts when employees are limited to a half-hour lunch break and two 15 minute rests.

"That half hour can be cut down, based on where you're having lunch which break room, which area," Cummings said.

An Amazon spokesperson says the report's findings are misleading and that safety training is integral to workplace culture.

They say the underreporting of injuries is a industry wide problem but that in 2016 Amazon, "began to take an aggressive stance on recording injuries no matter how big or small which can result in elevated recordable rates and makes comparisons difficult."

But workers say the jobs can be brutal and hope management heeds this message.

"Care about the people that work for you and make money for the richest man in the world, Jeff Bezos is making his money off of our broken bones and that's not right," said one worker.

This comes amid fears that things will get worse during the high-pressure holiday season.