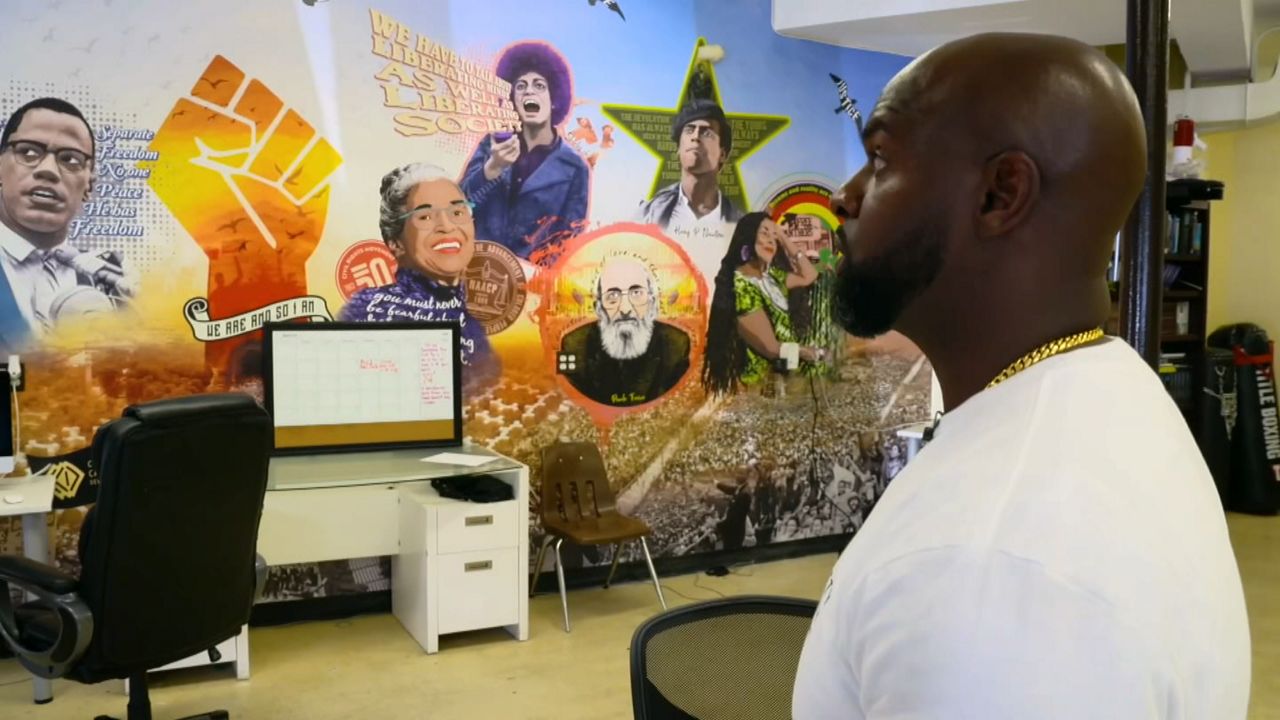 How the Queensbridge Cure Violence Team Is Keeping Gun Violence Low, Even as the Rest of the City Sees Spikes

“Unfortunately, we see these candles too often in our communities,” said K. Bain, the founder of 696 Build Queensbridge, while standing on a basketball court in the shadows of the Queensbridge public housing complex. “It’s not just one community that has this. It’s a pattern.”

Bain spoke to NY1 about gun violence in this community, and how his organization is trying to combat it.

“Our job [is] to give them other tools to communicate with, other than violence,” said K. Bain.

696 Build Queensbridge stands for the six blocks and 96 buildings that make up Queensbridge Houses, the largest public housing development in the nation.

The cure violence program is a part of the city’s crisis management system. 696 Build Queensbridge was launched in 2016. The next year, the housing complex celebrated a major milestone, 365 days without a single shooting.

“And we’ve been building on that ever since,” said K. Bain.

According to the NYPD, since January, there have been six reported shootings at Queensbridge Houses, compared to four in same period last year.

It’s a slight uptick, but not close to the 70 percent increase in gun violence citywide. K. Bain says even during a challenging time — the coronavirus pandemic and the nationwide fight against racism and police brutality — they’ve been successful in keeping the peace in Queensbridge.

“We are the actual people in the community who, when the gun shots go off, are most effected. So from that empathic approach, from believing in people as the solution, we’re able to interrupt and mediate conflicts that I don’t think anyone else in any position of law enforcement could even approach,” said K. Bain.

K. Bain says his group of credible messengers, young people with their ears to the ground, working to stop violence before it happens, is successful in mediating conflicts because other people in the community can relate to them. And sometimes, their presence alone is a violence deterrent.

“There’s times we’re sitting here. And they might want to do something wrong. But because we are here, they think about us. They respect us,” said Xena Benjamin, a credible messenger with 696 Build Queensbridge.

“We grew up like this, seeing people selling drugs, seeing people shoot guns, seeing people getting disrespected. You know what I mean?” said Crysis, a credible messenger. “Things like that. Like, if you ain’t had proper guidance, you step outside and you felt like that’s what everyone else did, so I’m going to do it, too.”

“The art and science of listening, especially when it comes to people in communities of color,” said K. Bain. “When you trust, believe, empower and support the people, then things can change.”