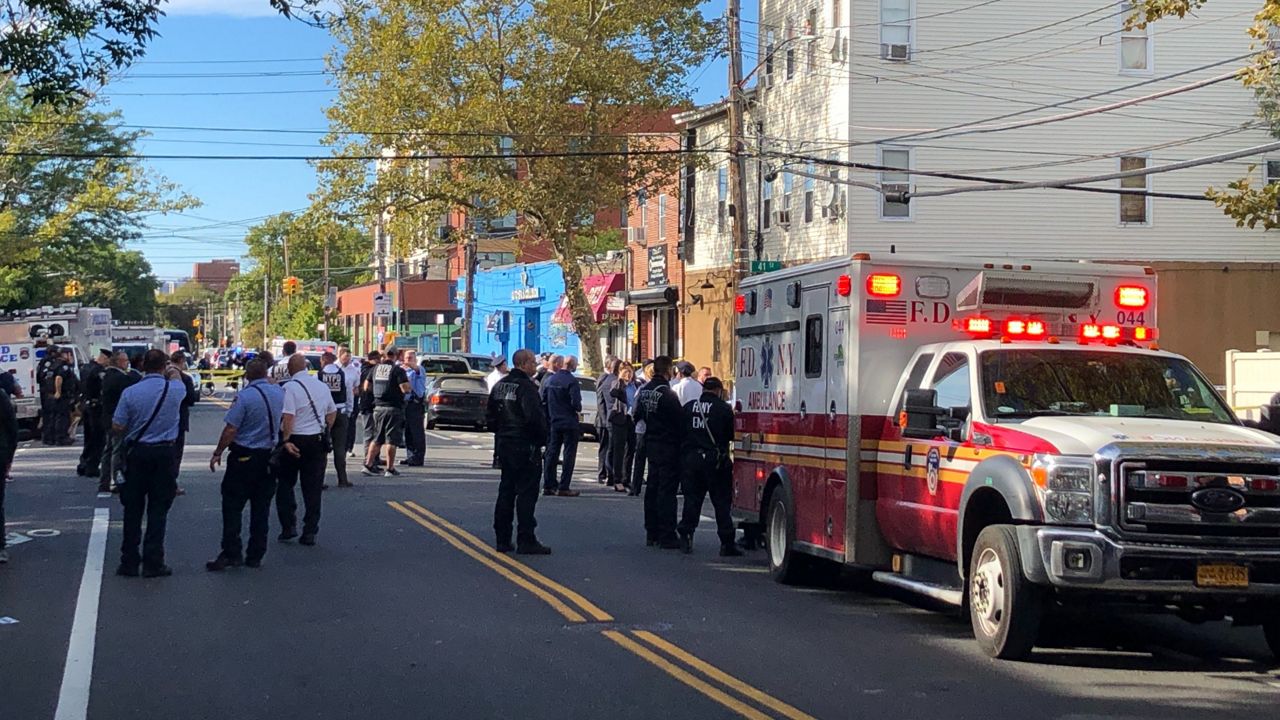 An FDNY EMT was fatally stabbed in Queens on Thursday, the NYPD said. (NY1/Kenneth Kaplan)

An on-duty FDNY EMS lieutenant was fatally stabbed outside of her EMS station in Queens on Thursday, officials said.

The FDNY identified the victim as Alison Russo-Elling, a 24-year veteran of the department.

Authorities said Russo-Elling was stabbed multiple times by the alleged suspect at the corner of 20th Avenue and 41st Street in Astoria, about a half block from her EMS station, around 2:15 p.m. She was on duty and in uniform, authorities said.

Emergency responders took Russo to Mount Sinai Queens, where she was pronounced dead, according to police.

Police arrested 34-year-old Peter Zisopoulos in connection with the stabbing. He has been charged with murder and criminal possession of a weapon, according to authorities.

The FDNY said Russo-Elling began serving as an EMT in 1998. She aided in rescue and recovery efforts after the Sept. 11 attacks, the department said.

“We lost one of our heroes. She provided a service in this city for over 24 years,” Mayor Eric Adams said. “Her assailant has been apprehended and will be held accountable for his actions.”

FDNY Commissioner Laura Kavanagh said Russo is the second EMS member to die in the line of duty in the last five years.

“Members of EMS service only to help and save other people's lives,” Kavanagh said. “To be attacked and killed in the course of helping others is both heartbreaking and enraging for our department in ways I cannot describe.”

The incident happened the same day that Jose Gonzalez appeared in court for the alleged 2017 killing of FDNY EMT Yadira Arroyo.

Authorities allege Gonzalez got behind the wheel of Arroyo’s ambulance during the 2017 incident, put the vehicle in reverse and ran over the 44-year-old EMT, causing her death.

Gonzalez has been charged with murder, manslaughter, robbery and operating a vehicle under the influence. His trial is due to begin in January 2023.