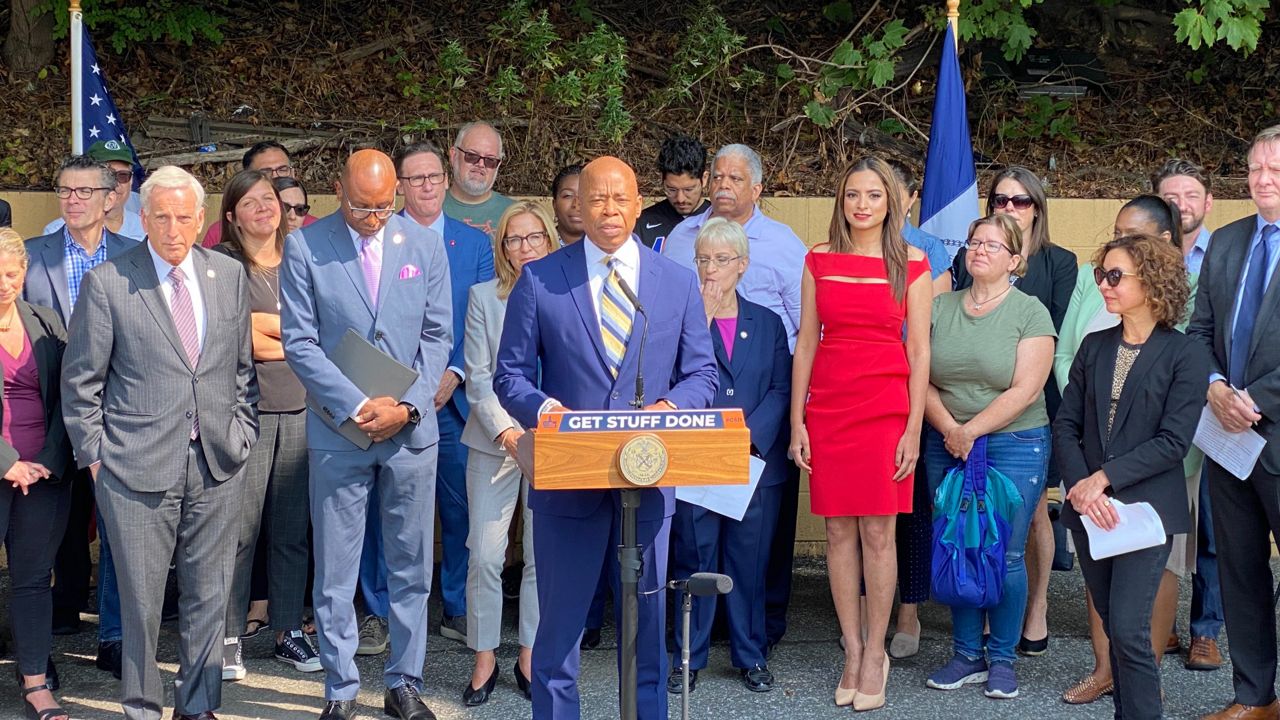 Mayor Eric Adams on Friday unveiled an investment of $35 million to begin phase one of QueensWay, a new linear park planned for Queens. (NY1/Daniel Huppert)

Mayor Eric Adams on Friday unveiled an investment of $35 million to begin phase one of QueensWay, a new linear park planned for Queens.

The funding includes $2.5 million from the City Council, a press release said.

“We are moving from a city of no to a city of yes and QueensWay is the way we are going to go throughout this entire city,” Adams said at news conference in Forest Hills. “And ensure that open space, green ways, good clean environments for children and families will continue to grow in this city.”

The first phase of the project will help transform a section of an abandoned Long Island Rail Road line in Forest Hills, known as the Met Hub, into a five-acre park.

Once complete, the 47-acre QueensWay will provide the 2.4 million residents living in the borough with a new open space that will give them access to recreational amenities, outdoor educational programs and an alternative transportation to schools, businesses, and 10 bus lines, the release said. 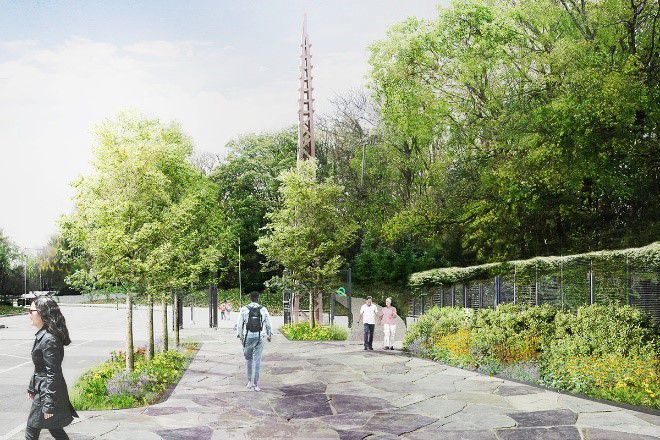 “QueensWay improves quality of life, improves the air quality and it promotes both physical and mental well-being and it gives more visibility to businesses along the route,” Adams said. “And so this is an economic stimulus as well.”

But some residents were hoping get more transit options.

Last month, state, local and federal officials signed onto a letter calling for Adams and Gov. Hochul environmental impact study on the prospect of a subway line being extended into the area.

Today, 17 city, state, and federal officials are asking @GovKathyHochul and @NYCMayor to fund an Environmental Impact Statement for the QueensLink. “Transportation equity is a major issue in our city that must be confronted,” said City Council Member @Powers4Queens pic.twitter.com/pFXds9Rbwo

It’s unclear if that study will go forward amid Friday’s announcement, but opponents say the possibility of getting a new rail line has now become bleak.

“Instead, they are just jumping the gun and saying no, we’re going to build a park,” Miriam Bensman, senior adviser of Queenslink, a grassroots organization that has been advocating for a subway line said.

City officials pushed back on the criticism, saying that transit options are being considered but that both a park and a subway line can co-exist on the land.

“We’re talking about open space which benefits community and transportation and we need both. They both simultaneously should work together,” Queens Borough President Donovan Richards said.

Adams said the city’s Parks Department and the Economic Development Corporation will manage the park.

The idea for the linear park began a decade ago, when two residents presented the proposal to Community Board 6 in Queens.