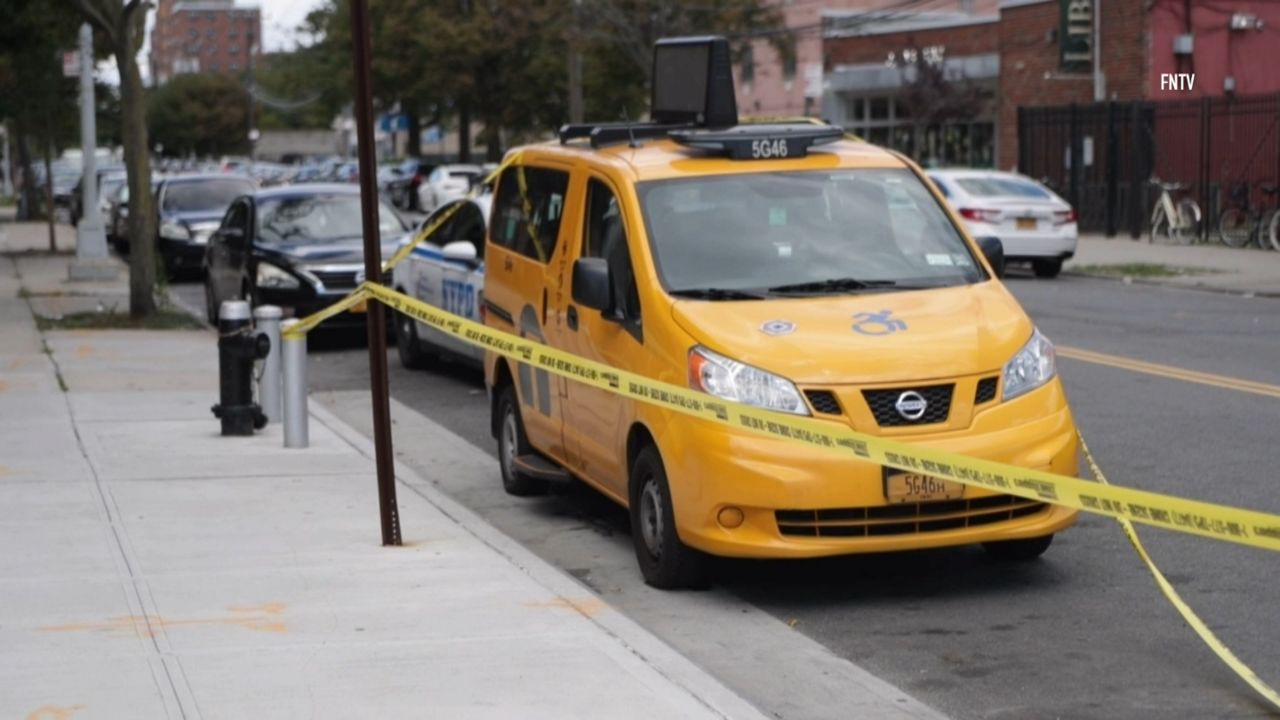 According to police, the passengers in Gyimah’s yellow New York City taxi minivan attempted to rob Kutin Gyimah after being discharged from the van. (NY1 Photo)

Taxi driver dies after being beaten in Queens, police say

A taxi driver died after being struck by at least one of his passengers in Queens early Saturday morning, according to the NYPD.

Police said 52-year-old Kutin Gyimah of the Bronx was found laying on the roadway with trauma to the back of his head when officers arrived at the corner of Beach 54 Street and Arverne Boulevard in Edgemere just before 6:30 a.m.

According to police, the five passengers in Gyimah’s yellow New York City taxi minivan attempted to rob Gyimah and commit fare evasion after being discharged from the van.

The passengers then chased Gyimah, and he was struck by one or more of the suspects, which led him to fall to the ground, strike his head and lose consciousness, according to police.

Gyimah was transported to Saint John's Hospital, where he was pronounced deceased, according to police.

In a statement, the New York State Federation of Taxi Drivers announced that they will be offering a $15,000 reward to anyone who has information in the case.

🚨HOMICIDE INVESTIGATION: This morning at 6:29 Kutina Gyimah, a 52-year-old cab operator was killed at Beach 54 Street & Arverne Boulevard in Queens. Do you have info on this incident? Contact @NYPDTips. A $$ reward is offered for information leading to a conviction. pic.twitter.com/RNbVFksySB

"This tragedy is not only devastating, but unacceptable," a City Hall spokesperson wrote in a statement. "Violence will not be tolerated in our city, which is why we’re working every day to get violent criminals off our streets."

There are no arrests and the investigation is ongoing.

Gyimah, who was a Bronx resident, leaves behind his wife and four children.