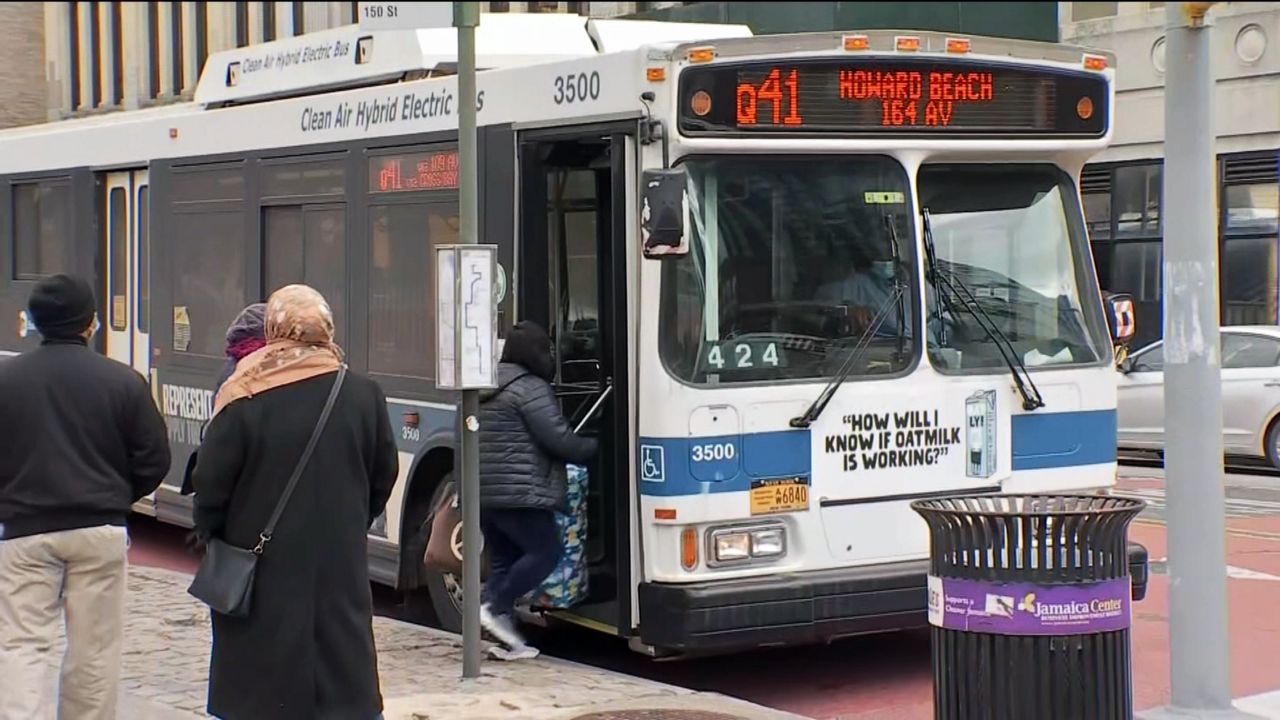 Queens bus riders will get a chance to weigh in on the MTA’s effort to redesign the boroughs bus routes. It's part of a larger effort to improve routes and shorten travel time across the city. (Spectrum News NY1/Dan Rivoli)

MTA officials, aware of the bus system's slow speeds and out-of-date bus routes, released on Tuesday a draft of their effort to redesign the bus system in Queens.

"For so many people who are not living right on top of subway lines, buses are mass transit," Janno Lieber, MTA chairman and CEO, said. "We have to make it possible for them to move around the city quickly and efficiently."

In Queens, the average speed of buses last month was 9.1 miles an hour.

Venus Ilagan, a commuter from Jamaica, Queens, who uses a wheelchair, is the type of commuter the head of the MTA may have had in mind.

Buses are her main mode of transportation, particularly because only about a quarter of subway stations are wheelchair accessible.

"The good thing about the bus is it’s easier to use, to manipulate the lift, so when the train station is not accessible, I usually use the bus, so it’s easier and also it’s more comfortable," Ilagan said.

The effort also requires removing bus stops, which may be the MTAs most contentious issue.

The proposal calls for a net reduction of 1,685 bus stops, though there will be the same number of routes, even if their numbers change.

"The location of the bus stops are good. I think it’s very good for wheelchair users, it’s manageable and it’s accessible," Ilagan said. "If they make it further away then it can be very difficult, especially for those who are using manual wheelchairs."

And speeds could stand to be faster.

"Sometimes it crawls," she said.

She's hopeful the new plan will speed up her commute, knowing drivers of private vehicles will still be a hindrance.

"Some are very insensitive. They know you're going there, there's a wheelchair person who’s waiting for a bus and they park right where the bus stop is so it’s very tough," she said.

This is the MTA’s second attempt to redesign Queens bus routes, after the first plan from 2019 stalled because of community opposition.

The MTA chief described how this plan is different.

"It focuses on one, connecting people more quickly, connecting people to the subways and to the commuter railroads," Lieber said. "It also tries to balance the goal of moving buses more quickly, which sometimes involves reducing the number of stops, with maintaining effective local bus service, especially to communities which have a lot of seniors in it and a lot of people who do need close bus stops."

The MTA is holding 14 virtual public sessions for Queens residents to give their opinion and a chance to shape the future of this bus route redesign.

The MTA already redesigned Staten Island's express bus network and the Bronx bus redesign will go into effect this summer.