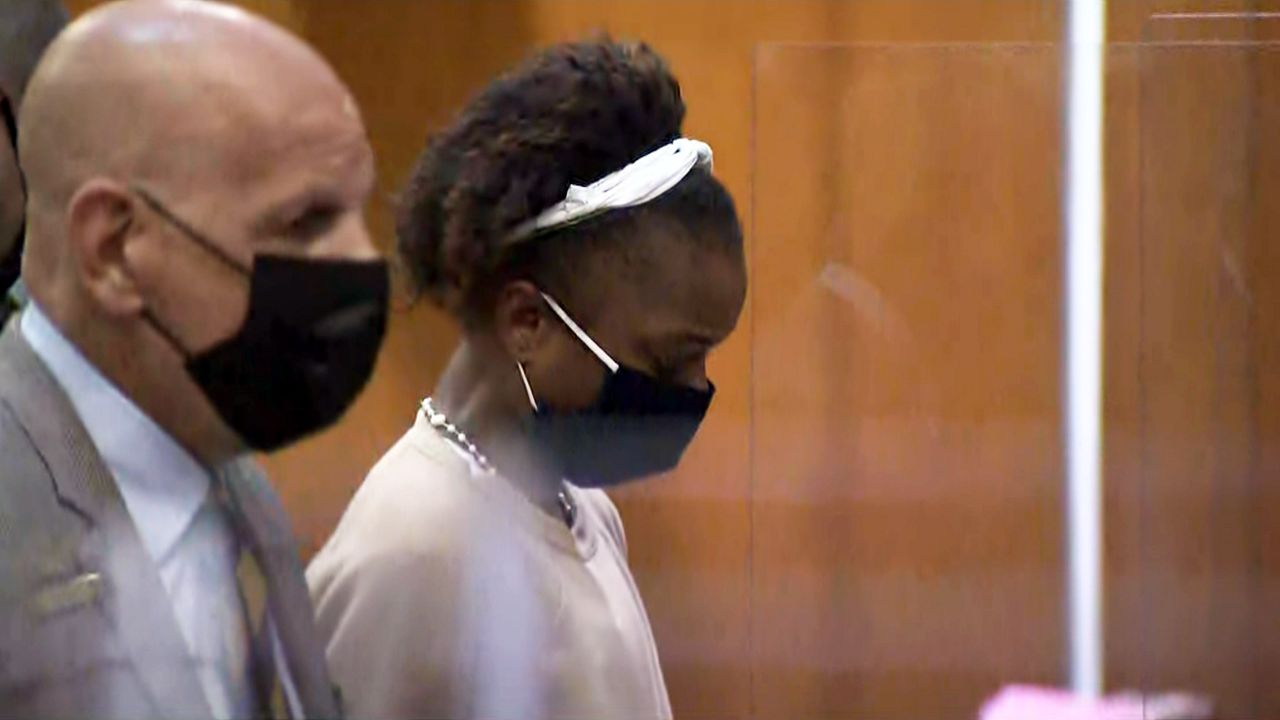 Jessica Beauvais, 32, appears at her arraignment in Queens.

QUEENS, N.Y. — The woman charged in connection with the hit-and-run death of an NYPD officer last month pled not guilty to all charges Tuesday.

She is accused of striking him with her car on the Long Island Expressway back on April 27.

Beauvais is facing more than a dozen criminal charges including vehicular manslaughter, reckless driving and driving while intoxicated.

The 14-year NYPD veteran’s parents were in court as were Beauvais’s 13-year-old son and other family members.

PBA President Pat Lynch agreed with the judge’s decision to hold her without bail.

“She doesn't look evil but her actions created evil. She has to answer for what she’s done, she has to pay for the consequences of those fateful words, those evil actions that caused a police officer’s family and the public. She knows she did it because she confessed to it," Lynch said.

Tsakos was directing traffic after a previous crash that morning when Beauvais allegedly struck him.

He was posthumously promoted to detective earlier this month.

Police caught her a few blocks away after she fled the scene.

Prosecutors say they have several statements on video of Beauvais confessing to the crime. She is set to appear in court again in July, and faces up to 15 years in prison.