At the northern tip of Astoria, Queens, in the middle of an industrial peninsula in the East River, sits one of New York City’s 16 peaker plants.


Using 24 jet engine turbines from the early 1970s, the plant, operated by the large national energy company NRG, supplies electricity to the grid on days when energy demand peaks — hence the name — and residents use more power than can be supplied by transmission lines running into the city.

The Astoria plant has assisted in some of the city’s recent energy crises, NRG says: During the 2003 blackout that affected much of the Northeast, the plant was used to restart the city’s grid from scratch. It ran for three consecutive days during and after Superstorm Sandy in 2012, and provided electricity in 2018, after a nearby Con Edison transformer exploded, filling the city sky with an eerie blue light.

Now, NRG wants to replace the plant, creating a new peaker relying on natural gas that would produce fewer emissions and pollutants. But politicians at all levels of government have already lined up against it, saying the project hampers the state’s goal to hit 100% renewable energy by 2040.

NRG insists that the new peaker plant would not just protect the city from blackouts, but would actually help the city transition to relying on renewable energy sources: On days when there’s a lull in wind, or too much cloud cover for solar panels, the company says, the peaker plant would be flexible enough to quickly bridge the gap, and powerful enough to benefit the entire city.

As a reinforcement for renewables, green energy experts say, a gas- or oil-powered peaker plant could be useful. But they, as well as the politicians and activists that oppose the NRG plant, are concerned that continuing to invest in power plants that burn fossil fuels will slow efforts to modernize the region’s grid and expand wind and solar farms.

“We are tired of hearing again and again, from corporations, lobbyists, the politicians that are friendly with them and the experts they've paid, that we need to stick in some way to gas and oil,” said Scott Karolidis, an organizer with the city’s chapter of the Democratic Socialists of America, which opposes the NRG plant. “The only people that seem to think the NRG power plant is needed is NRG.”

Now, new rules limiting pollution from peakers, alongside increasing opposition from activists and politicians, are requiring the plants to either consider shutting down or attempt modernizing. Some climate and green energy groups have proposed replacing peakers with solar panels.

NRG is aiming to build their new plant — a $350 million privately financed project — by 2023, when a new state rule limiting pollutants at peaker plants goes into effect. The new plant, NRG says, would not only emit fewer tons of carbon dioxide into the atmosphere, but would also produce 99% fewer emissions of harmful pollutants, such as nitrous oxide and carbon monoxide, than the current plant.

NRG has been trying to pitch the new plant to politicians, regulators and local residents since 2017. The company has spent at least $600,000 on lobbyists to help make its case to the state’s Department of Environmental Conservation, which is in the process of deciding whether or not to approve the project.

They have sent mailers throughout Astoria, and commissioned a citywide poll that showed 78% of New York voters support the project, based on a description of the project that emphasized its ability to “produce extra power when the city needs it” using “cleaner technology at no cost to taxpayers.”

“We think the more people know about this project, the more they'll understand why we’re doing it,” Atkins said. “We’re trying to win people's hearts and minds.” 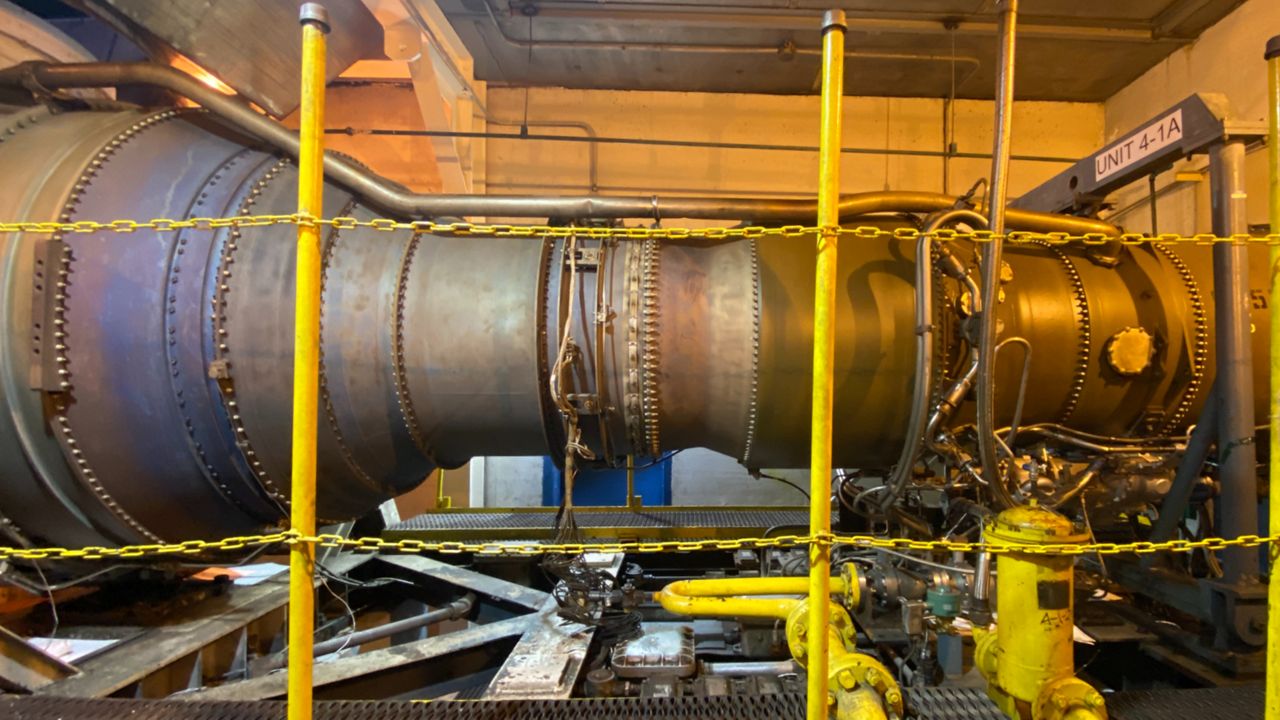 The project is a nonstarter for most New York politicians. Astoria’s city and state representatives have called for the plant to be operated with renewable energy. In March, the city’s entire congressional delegation sent a letter to Gov. Andrew Cuomo opposing the project.

Mayoral candidates like Scott Stringer, Shaun Donovan and Maya Wiley have called for peaker plants to close, with Stringer setting the goal of closing all city peakers by 2035. Stringer’s campaign did not respond to a request for comment.

“The science is pretty clear that this project is needed,” Atkins said. “It’s definitely needed until 2040. We think it's needed beyond 2040.”

Energy experts agreed that gas power is important for making the switch to renewables.

“It’s absolutely true and correct to say that, in order to support a deep penetration of green energy resources, we need flexible technologies,” said Yury Dvorkin, a professor of engineering at New York University’s Center for Urban Progress and Science. “Gas-powered plants would be part of that. It’s unavoidable.”

The problem is whether the plant will only run as a backup, or, by virtue of being available, will run often enough to have a large impact on the city’s emissions, operating for more than the three or four percent of the year NRG says it will.

“If all the incentives, rules, what have you, say that, this is our backup — as they seem to have told you — then it's great,” said Vijay Modi, a professor of environmental engineering at Columbia University who studies green energy. “The challenge is, will it become 10 percent, 20 percent use, just because it's built?”

And there are social costs to generating energy in a residential area, Dvorkin and Modi say, including exposing the neighborhood to pollutants and raising risks of asthma and other diseases.

“You can put lipstick on a pig, but gas is gas,” Karolidis said. “So long as you’re burning gas in a residential environment, you’re polluting where kids grow up and play.”

Karolidis grew up in Astoria, and lives not far from the NRG plant. He remembers that as he got older and visited other parts of the city, he was unnerved to learn that not everyone grew up near power plants, or learned in classrooms full of children who carried their inhalers with them.

Last June, Karolidis left a job at a lobbying firm that was hired by NRG to push its new Astoria plant. Karolidis says he contributed to the firm’s work for NRG, but was not the primary lobbyist.

He does not want to see any more money go to fossil fuel energy generators.

“It’s exhausting to fight these individual energy sites,” he said. “We can’t keep playing Whac-A-Mole. We need to build wind and solar.”

Editor's note: A previous version of this story said that Karolidis never worked on NRG's account while employed by a lobbying firm they hired. After publication, Karolidis said he provided NY1 with incorrect information, and that he did in fact work on the account.