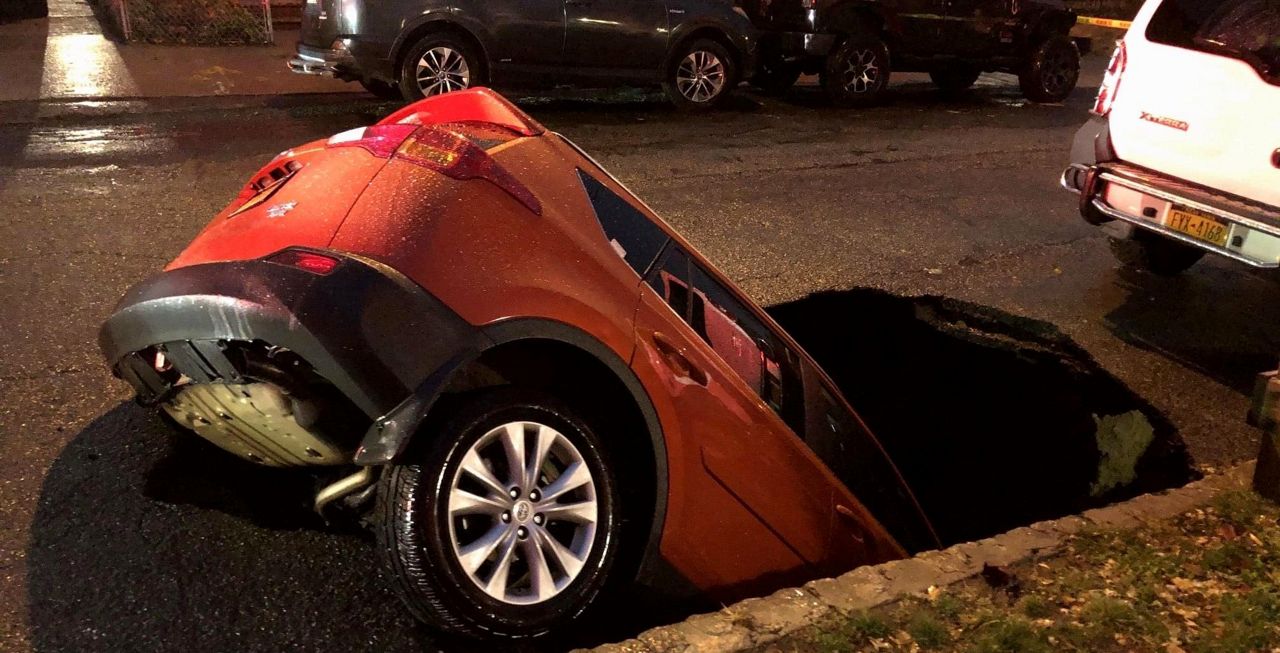 Sinkhole Opens Up on Queens Street — And Takes Car with it

QUEENS, N.Y. - A giant sinkhole that opened up in Queens on Thanksgiving gobbled up a car.

It happened early Thursday morning on 70th Street near 52nd Avenue in Maspeth.

There was no one in the car at the time.

The Toyota RAV 4 fell front first under the pavement and was almost completely submerged.

"I saw the car is going under the sinkhole - so I called him and said 'Your car is under the ground!' So he said - oh what happened? He woke up and was very surprised. We called 311 - they called 911 they called for the firefighters. Everybody got together and finally they got the car out with a crane," said the car owner's brother.

He also told us that some people in the neighborhood are without water and gas while the sinkhole is being repaired.

The cause of the sinkhole is under investigation.