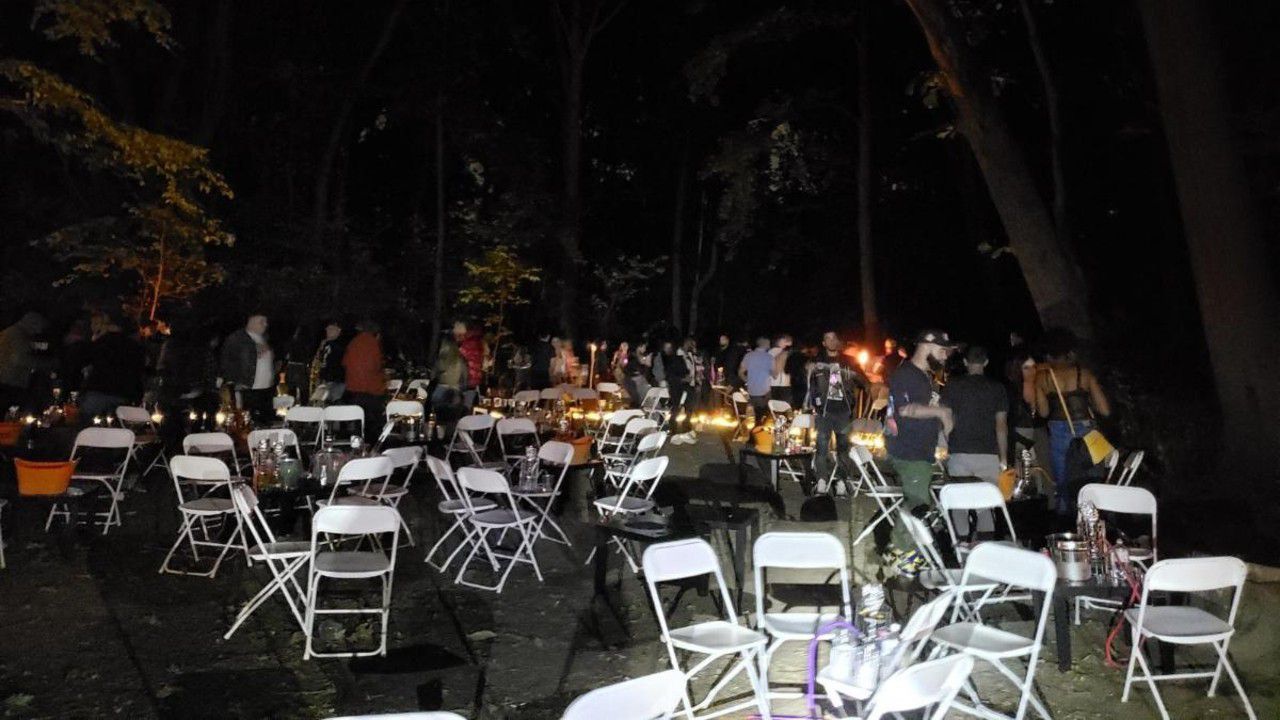 Busted in Queens: NYPD Breaks Up Party of Over 100, Arrests Four People

The Fresh Meadows park is not located in any of the color-coded COVID zones, but sits just a few miles away from some of those hot spots. The fact that this party was organized has residents like Maryse scared that the city will have to go back on lockdown.

“It’s wrong. People can get infected and bring it home,” Maryse said.

NYC Deputy Sheriffs broke up the party just before 2 A.M. Sunday. Two buses were allegedly taking people from outside of the park to a wooded area.

Authorities say around 110 people showed up and partied without masks and no social distancing. There was a DJ, food service, security personnel, and hookah, too.

The alleged organizers behind the illegal get-together face several violations, including holding the unpermitted social gathering and neglecting safety guidelines.

According to the city, since the color-coded zones were designated, there have been 13 violations in the red zone, and three in yellow. This is the fourth time a party at Cunningham Park has resulted in violations.

All of the park goers we spoke with say parties like this will put the entire city at risk.

“I’m totally against it,” Anise Seecharan said as she went for a walk. “I live around here and I don’t want an outbreak here anytime soon or to happen at all and having a party here—that will happen.”

Aron Wedhan plays bocce at the park every day and said people need to stay vigilant, even if they’re outdoors.

Some at the park said parties like this negate all of the hard work the city has been doing to flatten the curve, and even though this area is not one of the designated hot spots at this time, that can all change.