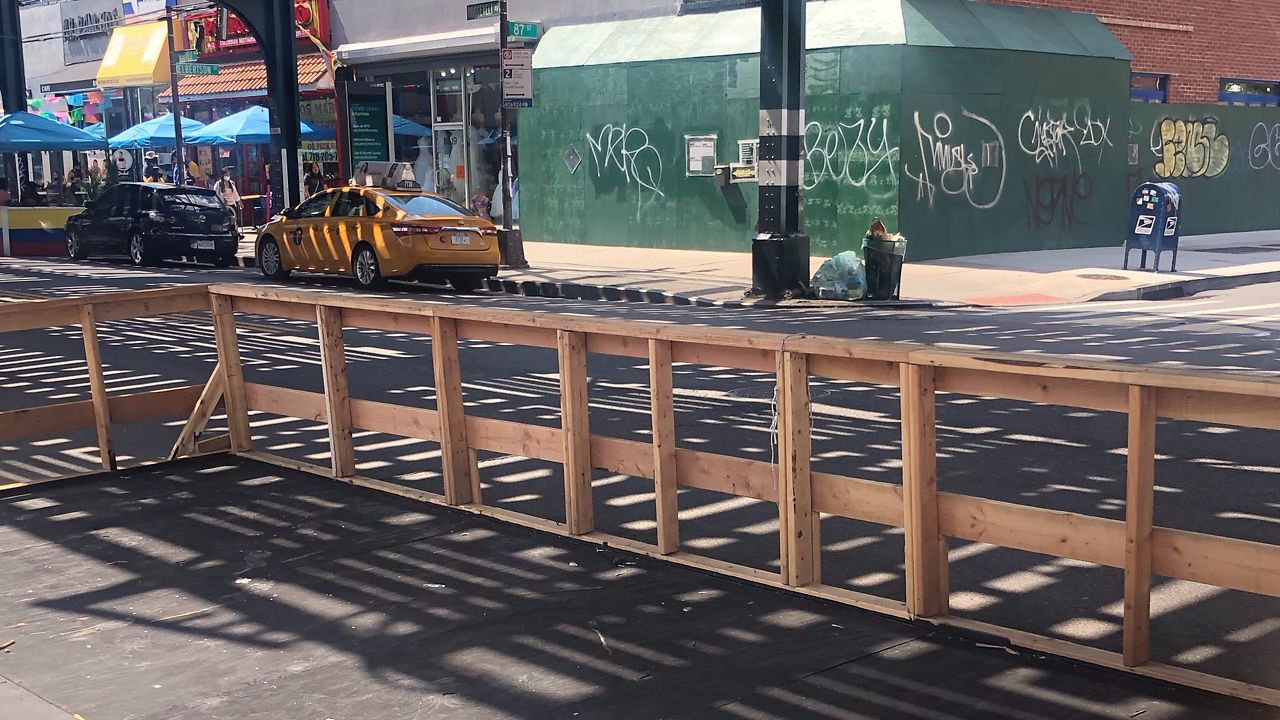 QUEENS, N.Y. - Police say a driver hit the accelerator instead of the brakes, crashing through the new outdoor dining area of the 12 Corazones Restaurant and Bar on Roosevelt Avenue in Queens on Sunday.

Four diners and a waitress were injured.

The restaurant's owner, Samuel Zumba, who didn't want to appear on camera, was visibly shaken by the incident.

"I stayed closed for more than three months, and just a while ago I reopened and now this. The truth is, it's not easy,” Zumba said.

Roosevelt Avenue, located beneath the elevated 7 Train and long a busy corridor for cars, is now lined with tables on both sides if the street.

Owners of other restaurants on the avenue are worried, wondering what if this happened to their customers.

With restaurants still not allowed to serve anyone inside because of the coronavirus, the city last month began allowing expanded outdoor dining with strict new regulations.

Restaurants are supposed to protect diners with barriers that are 18 inches wide and three feet high. But the July 5th crash at 12 Corazones demonstrated that outdoor seating areas are still be vulnerable to vehicles.

“I don’t believe we should let one isolated incident change what has been a very successful community outdoor dining program that has given small businesses an opportunity to reopen while allowing residents to properly social distance during this COVID-19 pandemic,” Dendekker said.

Some business owners say the city should close part of Roosevelt Avenue to traffic so outdoor diners are more protected.

“It would make the place safer for families to bring their kids; therefore, it would be safer for them," said Jose Marcareno, the owner of Taquería Chila Corp. Restaurant.

People enjoying a meal on Roosevelt Avenue had mixed opinions about eating there.

“It’s half safe because anything can happen with the traffic, a car can slam into the whole structure," said one lunch-goer.

"Everything is possible, you never know," diner Jesus Martinez added.

None of the injuries in the crash at the 12 Corazones Restaurant were life threatening.

The restaurant has not yet reopened.