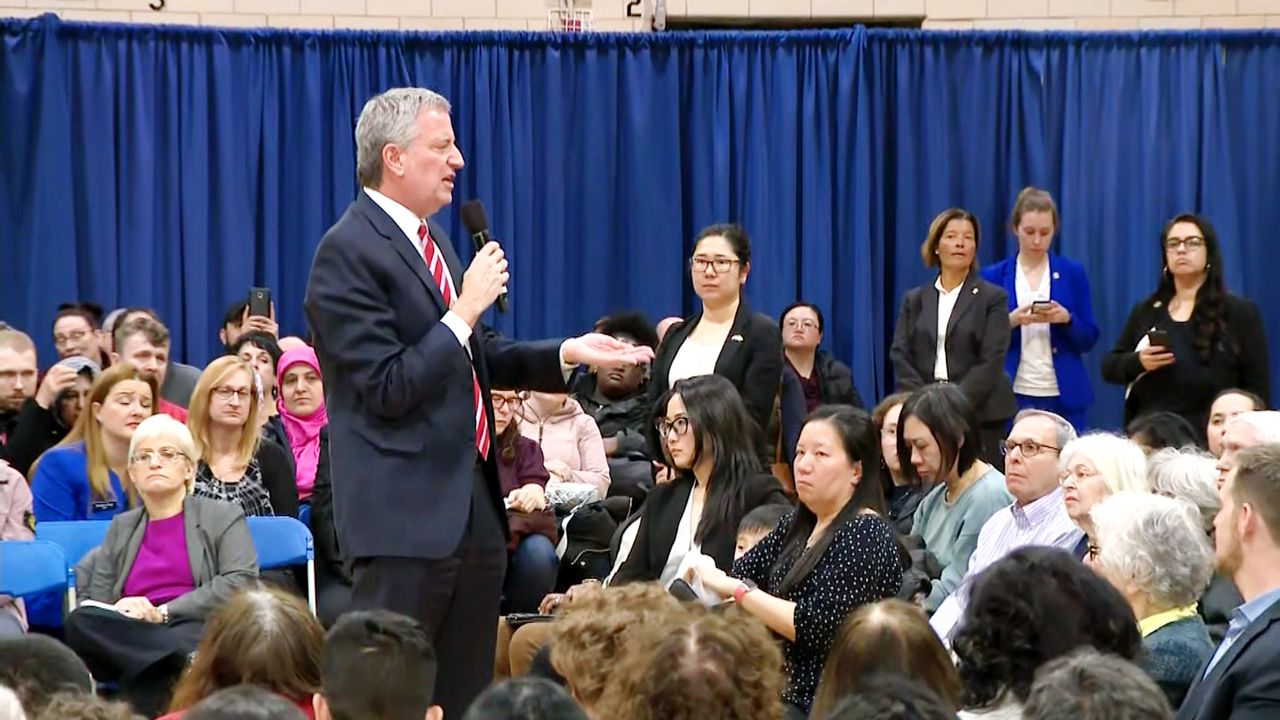 NEW YORK - It was a tough crowd for Mayor Bill de Blasio Wednesday night at a public school in Forest Hills.

Residents gathered to air their concerns for more than two hours. And the list was long: homelessness, traffic, bike lanes, and a controversial plan to desegregate the local schools were among the issues these Queens residents wanted to talk about.

"All you read about is more and more crime, even in neighborhoods where we didn’t have it before," said one resident.

"I’ve been here in this neighborhood for 10 years and I’ve seen a lot of things change for the worst under the de Blasio administration," said another resident.

Then there was fierce criticism regarding a local homeless shelter for men which opened in the Glendale section of Queens days ago, despite opposition from local residents. De Blasio, who has defended a plan to build more shelters across the city, pushed back.

"I understand you don't want a homeless shelter in your neighborhood. Please, let me respond," De Blasio said.

Local parents also turned up to the event, upset with a recent proposal by the city to desegregate District 28 schools, while others were eager to hear more.

"It’s supposed to be a community-led process and it’s not," said one parent. "I think it has to be started from scratch."

"My son, he’s not there yet but it’s something that affects us for District 28, I want him to grow up in a school that is actually reflective of the community that he’s in," said another parent.

After pushback and tense meetings in recent weeks, Mayor de Blasio announced the administration will move the deadline for the desegregation plan to the end of this year.

In the meantime, the Department of Education has said it will hold additional meetings before finalizing the proposal.