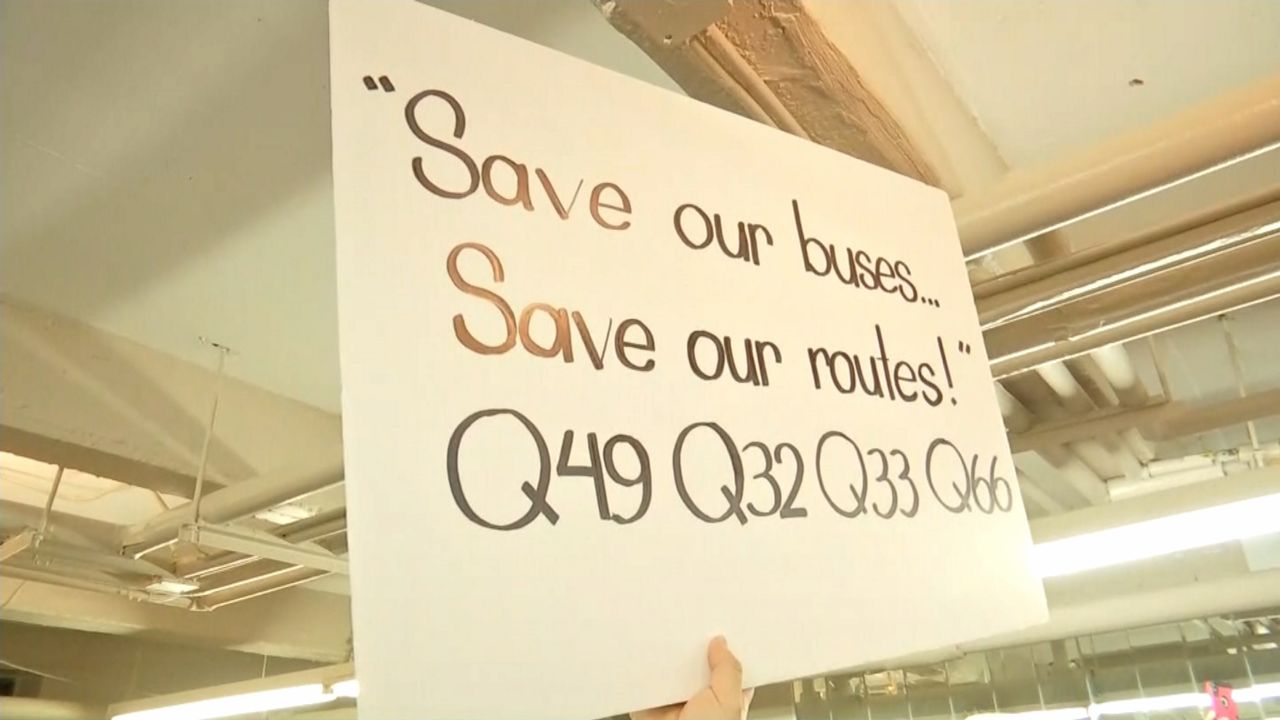 The outrage continues to grow in Queens over the MTA’s plan to redesign the bus routes in the borough. This time it was at a town hall inside the first Baptist church in East Elmhurst. Some of them directed their anger at governor Cuomo.

“It’s all about the Benjamins. You are pricing us out. Shame, shame, shame,” said one woman.

It was standing room only as residents voiced their concerns and made suggestions about the plan to scrap and redraw most bus routes. Jackson Heights residents have been particularly vocal.

“The 49 bus we need it because it stops right here on Astoria Boulevard. You have six major schools that is on that line. That bus takes us to six major trains at 74th and Roosevelt and if they eliminate that that means will have to walk 20 blocks,” said another woman.

Some blamed bus activists who they say pushed for a change to the buses service.

“If it has worked all these years we should keep it as it is. With no improvements maybe new bosses more buses that’s about it,” said a third woman.

“We are pushing for a better faster service. No one is pushing to change the destination,” said Jim Burke, a bus activist.

The meeting comes a day after the city Council’s queens delegation penned a letter to the MTA opposing the agencies current draft of the Queens bus network redesign.

“They made poor assumptions that we only want to go to the train or to the airport people want to visit their family members. They want to get around the borough. They want to go do their food shopping. You know they need to get to work and yet this plan cuts service,” said Councilman Costa Constantinides.

State Senator Jessica Ramos held the town hall. She also tried to quell some of the outbursts as residents voiced their frustrations with the plan.

“We wanted to make sure tonight’s Town hall wasn’t just about opposing but proposing to We want to make sure that we have a productive meeting where we are telling the MTA or ideas so that they are considered seriously and hopefully will come to fruition,” said Jessica Ramos, a state senator.

MTA officials who attended the meeting did stress to the audience that this is just a proposal at this point and they do want community input. They so far they've gotten 5,000 comments over concerns about the plan.