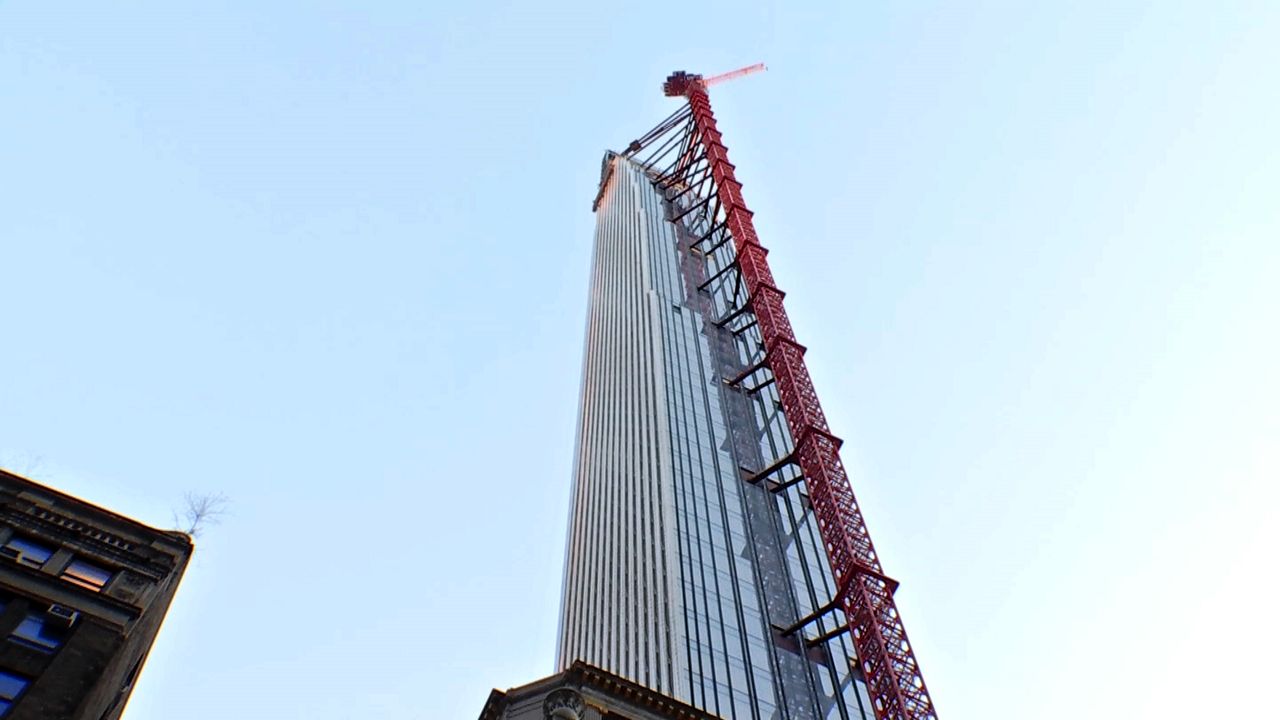 NEW YORK -  The strong winds that swept through the city on Thursday caused garbage and debris to become airborne, and in one case it was deadly.

Debris at a construction site came crashing down on a cab in Manhattan on Thursday.

The Buildings Department says it happened at a site located at 111 West 57th Street, where a 16-story building is being extended to 80 stories.

Officials say a suspended scaffold struck the building and a piece of debris fell onto the street.

No injuries were reported.

No injuries were reported.Here are the peak wind gusts from yesterday. It's windy this morning but not as intense as yesterday. The wind will subside. Today's big story is the cold. Snow still expected tomorrow (1-3"). pic.twitter.com/HKkHczBnPP

The DOB issued a partial stop work order at the site until it is deemed safe, adding that contractors are responsible for taking extra precautions to secure their sites during high winds

Meanwhile, the city Buildings Department is investigating after a woman was hit and killed by a piece of falling debris in Queens.

Police say 67-year-old Xiang Ji was walking along Main Street near 41st Road in Flushing Thursday, when she was hit by a plywood panel that fell from the building. She was rushed to the hospital but died from her injuries.

The DOB says there are 18 open violations at the property, but none related to the building's facade.

In a statement, the agency said it has ordered a sidewalk shed be built around the building, and said it will take aggressive enforcement actions against responsible parties as warranted.