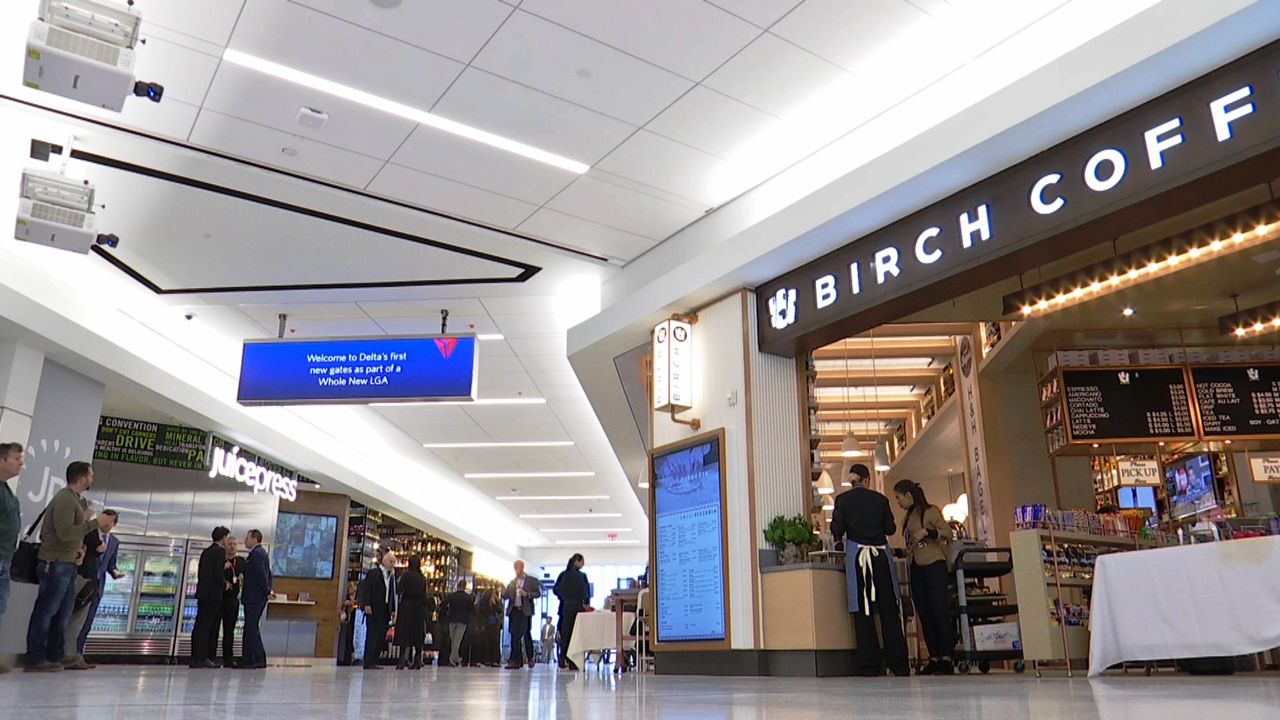 QUEENS, N.Y. - It was once described as feeling like a "third world country" by former Vice President Joe Biden.

Now LaGuardia Airport is taking a step into the future, unveiling a new Delta Concourse set to open next week.

It's the first of four to open, part of the $4 billion Delta Sky Way complex that will include more seating, new dining options, and 37 larger gates across four concourses with a centralized check-in lobby. When completed, the $8 billion LaGuardia Airport renovation project will include 72 new gates and 13 miles of new roadways.

Governor Andrew Cuomo was joined by Port Authority officials to discuss the progress on Tuesday.

The seven new gates of the Delta concourse will start serving passengers on Monday, running 60 flights per day to Boston, Chicago and Washington, DC.