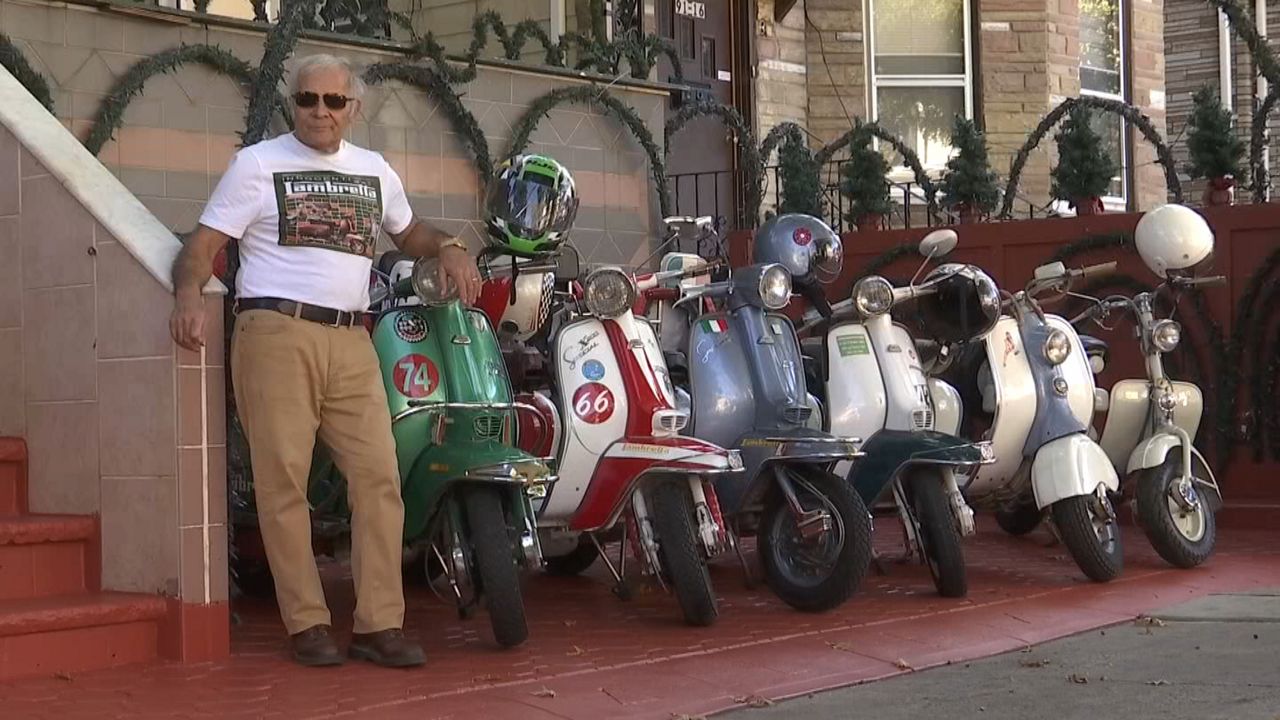 The 71-year-old says they transport him back in time, to when he was a young man growing up in Sicily.

“All the time. Every time I drive them, the memory goes back. And I enjoy myself,” said Rosario Di Giovanna, an Elmhurst Resident.

Elmhurst, Queens is a far cry from the Italian countryside, but it’s where Di Giovanna made his home after emigrating from Italy in 1971.

Three years later he purchased this 1966 Lambretta which he shipped from Italy to Queens.

Including another '66 Lambretta in his living room, the only one he doesn't ride. It was lovingly restored.

“It was a little rust, and I strip it down," said Di Giovanna.

And now he treats it like a piece of art, which is okay with his wife, Rodica.

While the Vespa is known worldwide, as a staple of Italian culture thanks to movies like ‘Roman Holiday.’ Lambrettas are lesser known, created in Milan in 1947, the company went out of business in 1972, when the Indian government bought the machinery.

“All the roads were destroyed, they needed something that had 2 wheels instead of four and that’s how scooters became very popular. So for him, it’s pure nostalgia,” said Massimo Di Giovanna, Rosario’s Son.

Fond memories he enjoys sharing with others, whether it’s riding in the Colombus Day Parade, or around the neighborhood.

“When the weather is good, I take one every day. I try to drive them as much I can.” said Di Giovanna.

Di Giovanna was a tile-layer before retiring, but he's not slowing down, certainly not when he's riding one of his beloved scooters. He has no plans to part with any of them.

He plans on passing his collection down to his children, and grandchildren, preserving a piece of Italian culture, and his past right here in Queens.