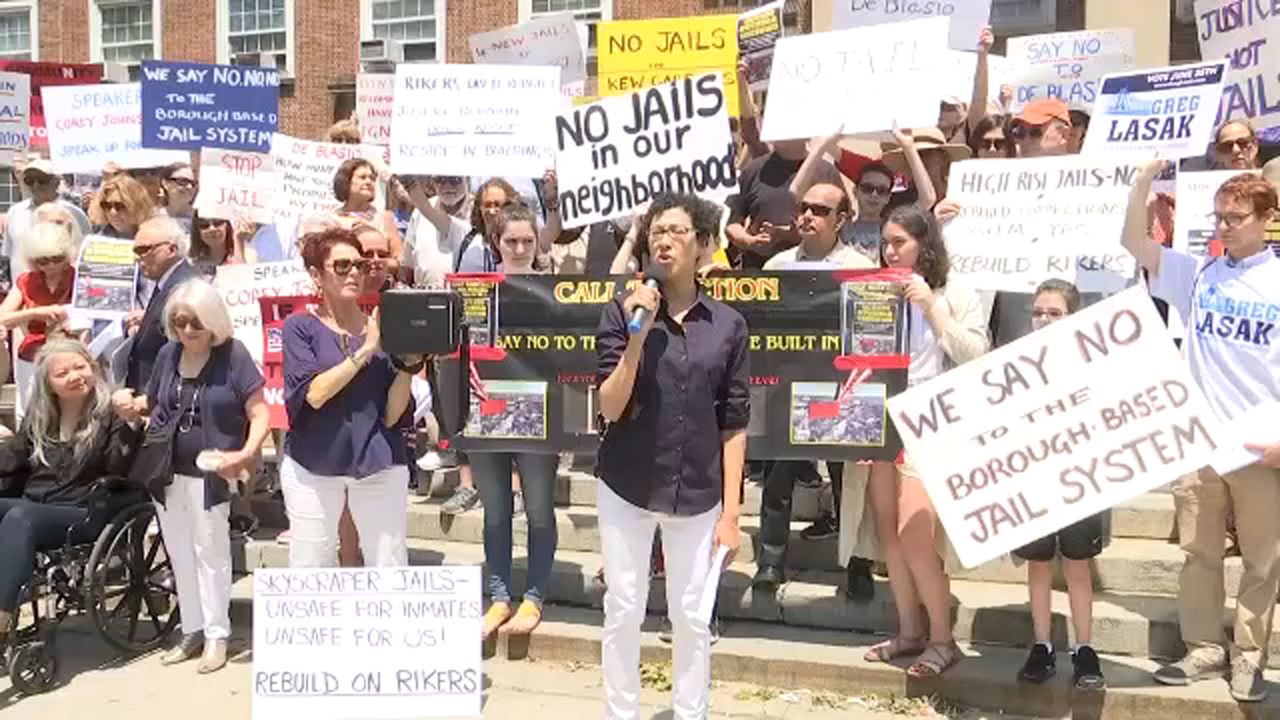 A plan to replace Rikers Island with smaller jails around the city is getting more push back, especially in communities that would house those facilities. In Queens, residents made their voices heard during a protest outside of Queens Borough Hall on Sunday. The city’s plan proposes a new corrections facility on 82nd Avenue, next to Queens County Criminal Court. The rally comes just a few days after Borough President Melinda Katz, who is running for Queens District Attorney,  advised the City Planning Commission to reject the mayor's proposal for the new jail. Some residents say it's a step in the right direction, but that it's not enough to stop the plan from being carried out.

“I don’t think our representatives, our council members are listening to us. People are really angry. I’ve lived in this area for over 10 years, I’ve never seen people more riled up about things than about this. So it’s pretty amazing to see this many people out,”  said Lesley Pink, a resident.

The City Planning Commission will decide through a majority vote whether to approve the application and advance it to a city council vote, which is the last step in the review process.