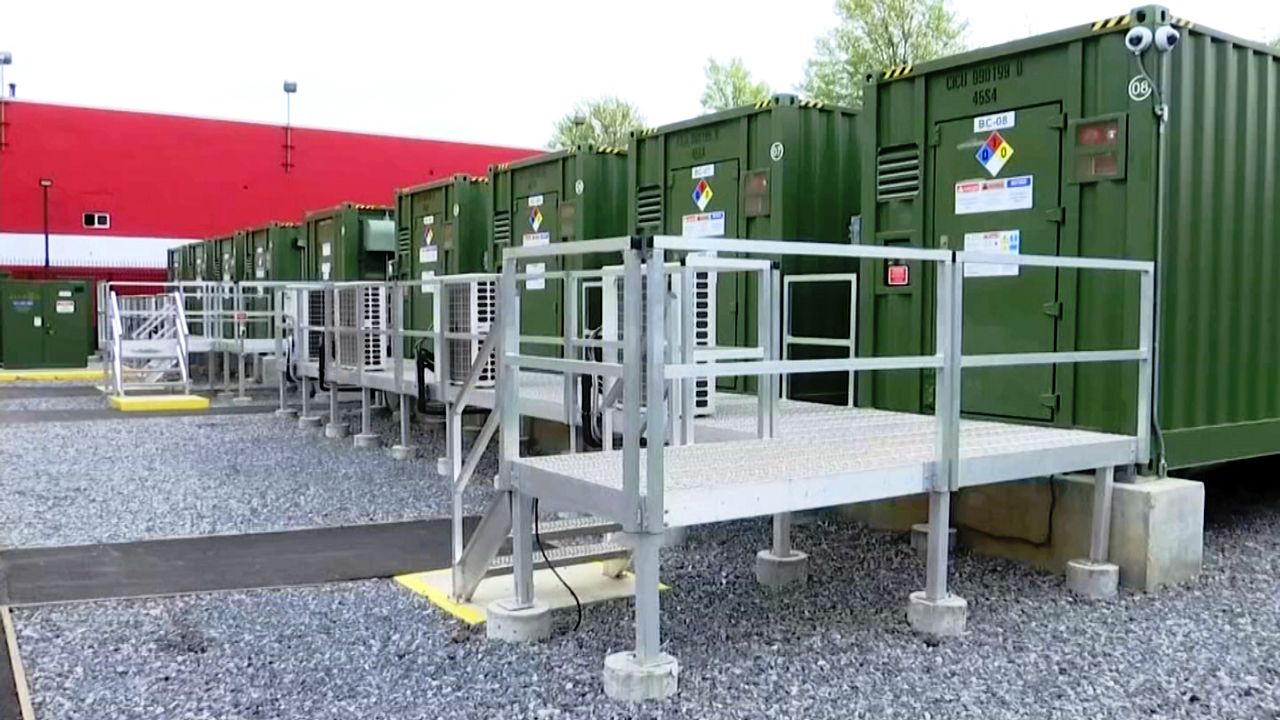 QUEENS, N.Y. - Tucked between a school and church in Ozone Park, Queens is Con Edison’s new pride and joy.

Eight ordinary-looking shipping containers sit on the lot. It's what they contain that has Con Edison so excited: Rows upon rows of rechargeable lithium ion batteries.

The company calls this the future of the electric utility industry.

“These are energy storage batteries ... made for charging off the grid and discharging under long durations and frequently,” says Steven Goldman, the Chief Engineer for Con Edison's energy storage system. They're basically what you someone would find in a cell phone but much, much bigger.

Also like cell-phone batteries, they can either absorb or discharge power.

The technology isn’t new but this is the first time Con Edison has created it’s own battery farm.

The goal is to store electricity for use at a later date - specifically, hot summer days, when air conditioner use can strain the power grid.

“Nationwide and worldwide it is something that different companies are working on and we reached out to several companies outside con Edison to benchmark and understand how they did it,” says Jorge Tua, another Engineer who worked on the project.

After five years of trial and error, Con Edison will finally put the battery storage station into use later this month.

This battery farm is capable of powering 1,000 homes for around five hours and 15 minutes.

“Ordinarily we would have to build a new sub-station, perhaps costing $200 or $300 million in order to serve our customers. A facility like this with battery storage to get us past our peak only costs about $15 million,” says Con Edison spokesman Michael Clendenin.

Saving green is not the only benefit; it is also more environmentally friendly than the alternative of building a new substation.

“This is battery storage that's going to involve no emissions. There's barely any noise," says Clendenin.

Officials says that once the station is up and running they’ll get more insight on best practices as they look to design and build more battery storage stations throughout New York City.