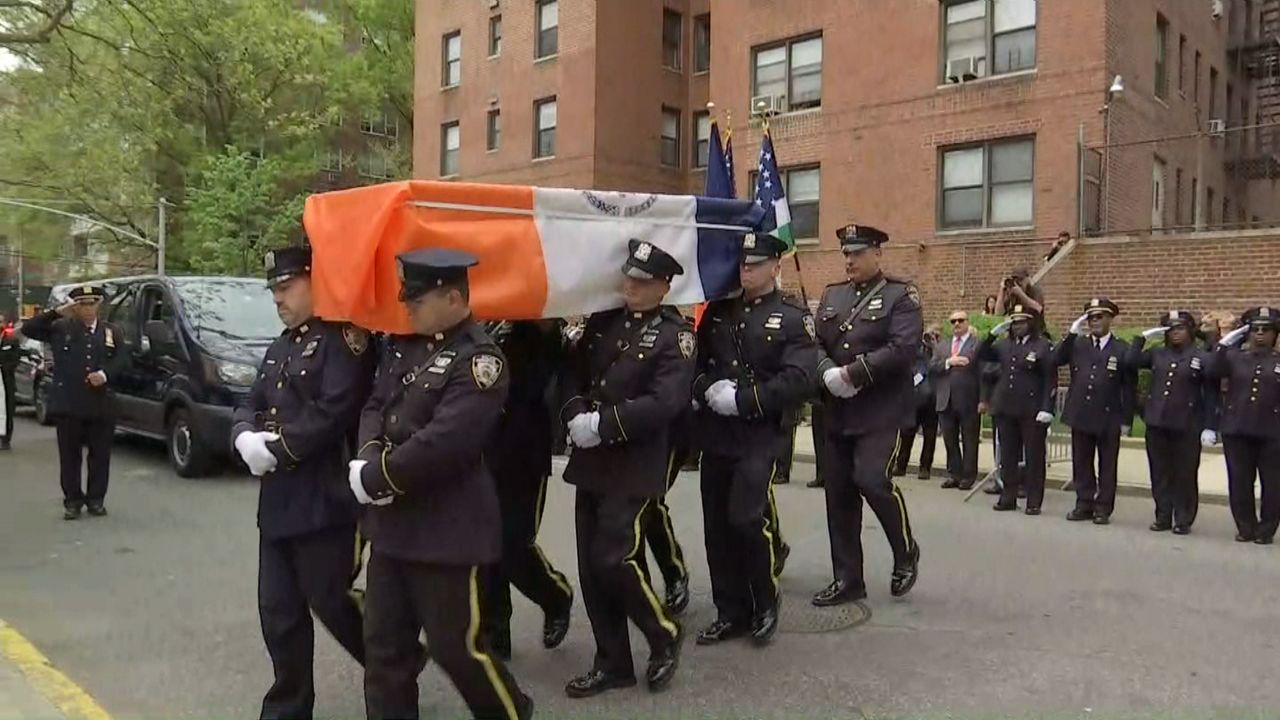 Brown's funeral procession made its way from the Queens Courthouse to the Reform Temple of Forest Hills, where hundreds of people packed in to say their final goodbyes.

"He was a giant among elected officials here in Queens County — small in stature, but a giant. He often quipped, and I always laughed, he said, 'When I started in politics, I was as tall as Joe Crowley," the former congressman said outside the temple.

Brown — who served nearly 28 years as Queens's top prosecutor since then-governor Mario Cuomo appointed him to the post in 1991— passed away Saturday at the age of 86. He had planned to step down as district attorney due to health issues related to Parkinson's disease. He won re-election six times, running unopposed.

He spent a number of years as a judge, which earned him the nickname "Judge Brown" even after he became the district attorney.

His lengthy career included prosecuting a number of high-profile cases, and presiding over the arraignment of the "Son of Sam" killer David Berkowitz in 1977.

Brown announced he was not running for re-election earlier this year due to health issues. A number of candidates have been campaigning to become the new Queens DA.