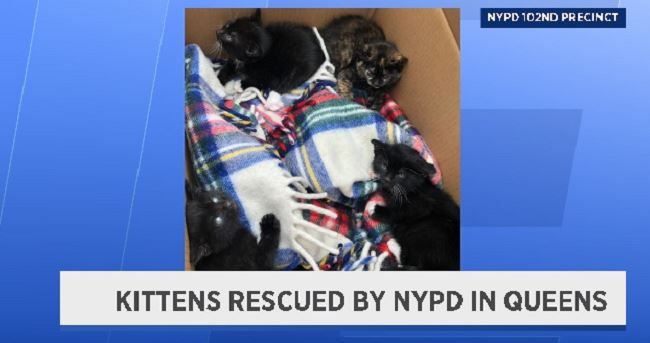 Four newborn kittens have two NYPD officers to thank for saving their lives.

At around 11 a.m. on Sunday, Police Officers Jessica Lalli and Giuseppe Sollecito were working in Forest Park.

While in the area they discovered the kittens in the grass.

The officers reported that the kittens were meowing and cold when they were found.

According to the NYPD, the officers searched the area for more kittens and the mother cat but were unsuccessful.

The kittens were then placed in the care of Anarchy Animal Rescue and Rehabilitation.

The rescue is already accepting adoption applications for the kittens but said they won't be ready for adoption for about four weeks.