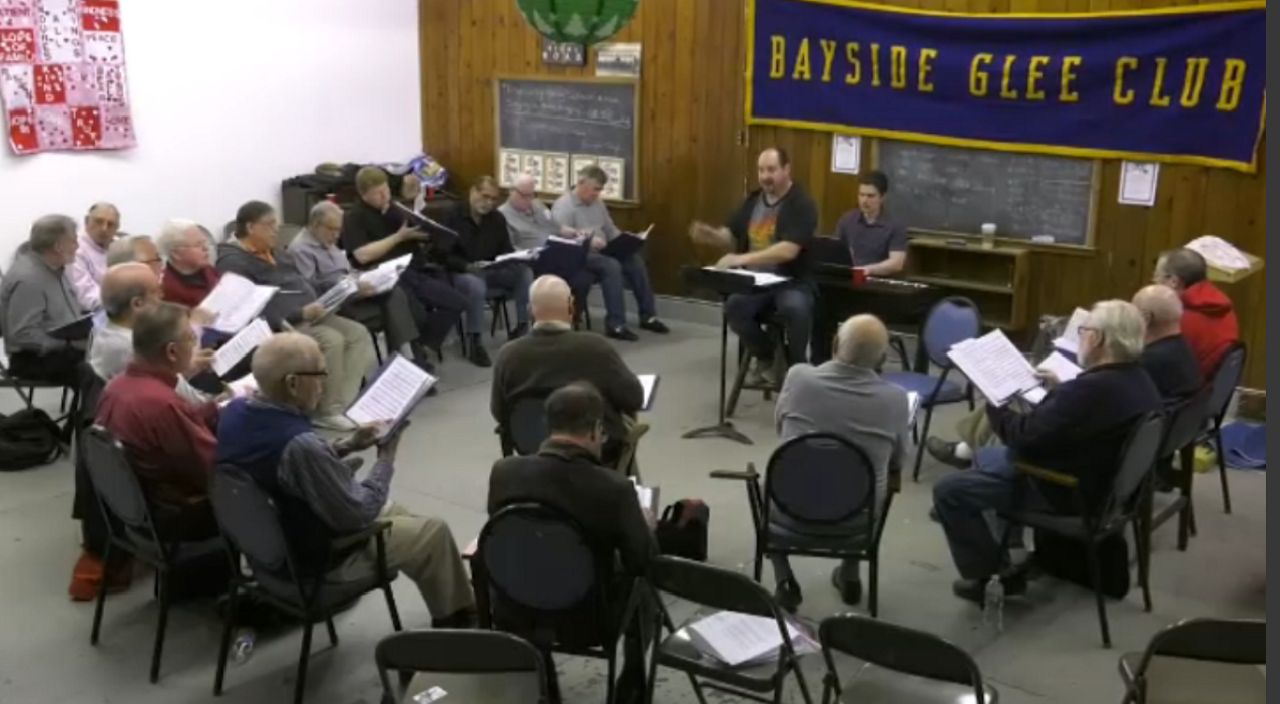 For more than 70 years, members of an all-male choral group in Queens have made their voices heard, even as musical styles changed. Now, they’re facing a new challenge, but the Bayside Glee Club believes the show must go on. Here's NY1's Rocco Vertuccio.

On a Sunday Spring afternoon, at Church on the Hill in Flushing. People pack the pews . Not for a sermon. But for song. It's show time for the Bayside Glee Club.

They're not professional singers, they just sound like pros. They rehearse like professionals too. Almost three hours a week for months to prepare for two formal concerts a year and some smaller ones for nursing homes, hospitals and churches.

"It's fun though too. It's a commitment it's hard and that's what makes it fun, "said Bayside Glee Club member Gary Carella. The club started back in 1944. It has survived while other all-male choral groups in the area have not.

But after 74 years this club worries about its future. In its heyday the club had about 70 members. Today it's down to 25. As the older members pass on, the club is having a hard time recruiting new ones.

"Guys like me we'd be at a loss if we didn't have this to come to, " said member Henry McDonagh.

Some say the demands of work, school and family are greater today than years ago and men have less free time. Others blame technology.

"The computer age this and that and Netflix, we've gotten away, " said club member Cary Diamond.

Most of the singers are retired. They're former teachers, engineers and state employees, bonded together by a love of music. Jim Nicholas is a retired FBI agent. He joined 50 years ago when he was still working. It was a way to recharge his batteries. "It was completely different and required that you concentrate and really focus on something completely different than anything else you're doing, "said Nicholas.

Now retired since 1991, performing in the club is still important.

"Gives me an opportunity to keep on with something that I really enjoy, " said Nicholas.

The club has brought Henry McDonagh closer to his son.

Hank McDonagh is a city school music teacher who has been involved with music his whole life. He is the club's conductor.

It's nice my dad can see all the time I have invested and dedicated all my life to, " said McDonagh.

With their Spring concert now in the books, the glee club members will soon start preparing for their Winter concert.

Hoping this sound of music is never silenced.

"It's almost a sacred duty to us to keep it going, "said club member Joe Ambrosino.

For more information on the Bayside Glee Club, head to www.baysidegleeclub.org