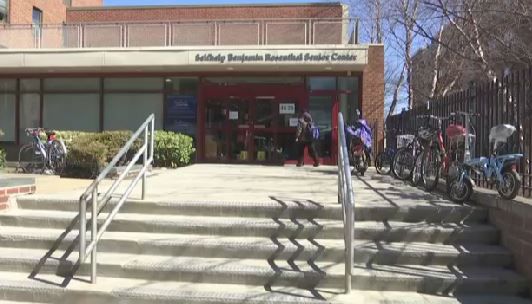 There are a lot of activities going on at the Self Help Benjamin Rosenthal Senior Center in Flushing.

"This is like my second home. I look forward each day to come here,” said Sue Chen, a Flushing resident.

Chen has been coming to the center almost every day for the past 18 years.

But now, she fears her days there are numbered. This after Governor Cuomo unveiled his fiscal budget earlier this year; which would redirect some discretionary funding to child care. According to the City's Department for the Aging, that could potentially force 65 local senior centers to close.

"It's social life for me, it’s so many different things; I don't know what I would do. Without the senior center I would be devastated," said Carmela Iovino, a Flushing resident.

According to Selfhelp, one in six seniors in New York City is food insecure. At the Benjamin Rosenthall Senior Center about 400 people come for lunch every day.

"For many of our members this is the only hot meal they get a day and really the only nutritious meal they get," said Sasha Kesler, a government and external relations associate with Selfhelp Community Services.

A spokesperson for the state's Division of the Budget tells NY1 "This proposal does not reduce services - we are directing Title XX funds to child care while increasing total funding to New York City by $400 million."

We also reached out to the city and did not receive an immediate response.

So, at this point, it's not clear how much of that $400 million will be reinvested to help the senior population.​