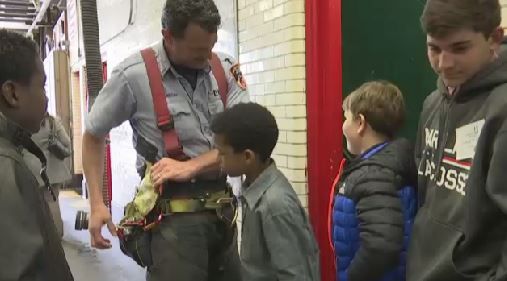 A few lucky kids learned what it’s like to be one of New York City’s heroes during an annual tradition.

Some children of first responders were able to experience what life is like at a Queens Village firehouse on Thursday as part of Take Our Children to Work Day.

"I think firemen are cool. It's because my dad was one, too, and like, he told me all about them," said 8-year-old Raymond Tomins.

The event was organized by Tuesday's Children, a nonprofit formed after September 11th to support children who may have lost a parent in the terrorist attacks.

"It allows for a sort of togetherness and closeness, all of us sharing that common bond," said Robert Pycior, a former Tuesday’s Children participant.

Participants were able to try on the firemen's gear, spray a fire hose and learn how to use tools to lift a car in an emergency.